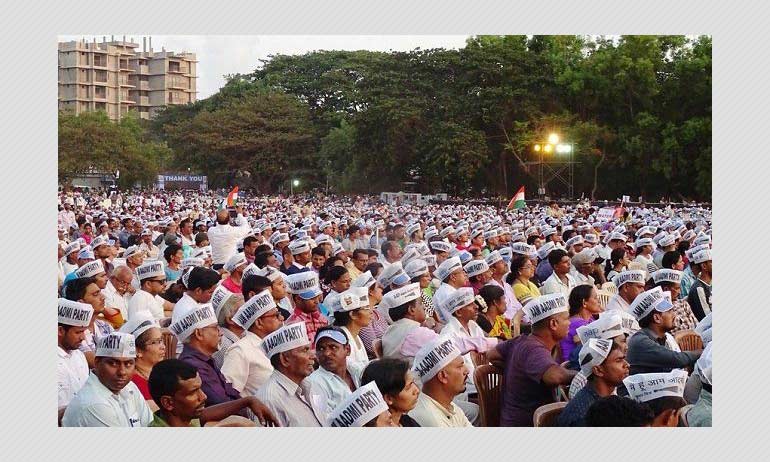 The Aam Aadmi Party (AAP) on Sunday refuted a viral list circulating on WhatsApp, that claims 21 out of 27 candidates on the list are Muslims in the upcoming Delhi Assembly elections. Social media and IT strategist of AAP, Ankit Lal rubbished the viral list, and told BOOM that no such list has been released yet.

Also Read: Can WhatsApp Admins Be Jailed For Posting Photos Of Modi, Kejriwal?

A snapshot of the list, that is viral on Whatsapp can be seen below. BOOM has received the same list multiple times on its WhatsApp helpline (7700906111). 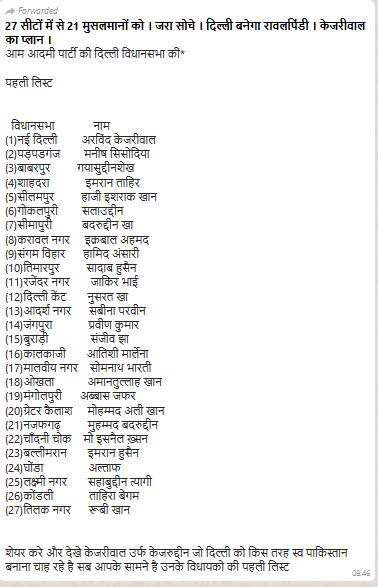 The message states it is the first list of AAP, followed by a list of 27 candidates. The list also includes Chief Minister Arvind Kejriwal and Deputy Chief Minister Manish Sisodia, along with the following caption:

BOOM found that the message viral on Twitter and Facebook as well where the same claim has been worded differently.

The Delhi Assembly elections will be held on February 8, 2020, with the results being declared three days later on February 11. Kejriwal's AAP-led government is seeking re-election to the 70-member Assembly. In 2015, the party won 67 of these seats, with the Bharatiya Janta Party (BJP) winning the remaining three.

Also Read: Can You Ask For A 'Challenge Vote' If Your Name Is Not On A Voter List?

"This message is fake. No candidate list has been released till now."

Further, he said that the candidate list would be released this week.

However, BOOM found that the following three names on the list are sitting MLAs of the AAP:

Publications such as the Livemint and the Hindustan Times too have reported senior leaders of AAP stating that the list will be out by January 14, with the party's manifesto being released between January 15 to January 20.