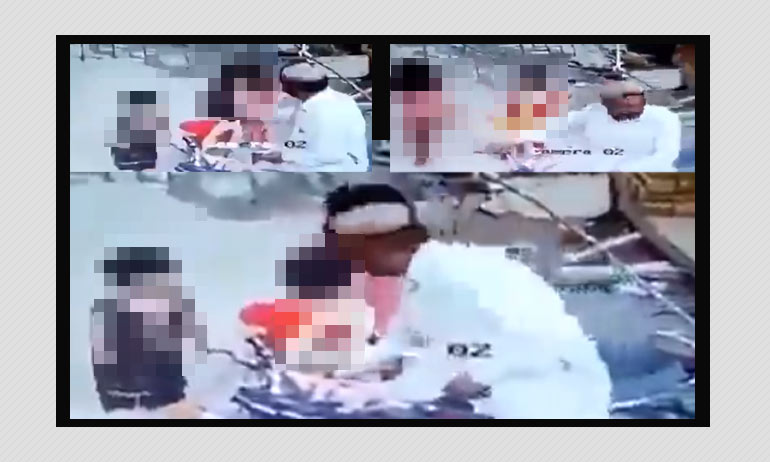 A CCTV footage of a man sexually abusing two minor girls in Pakistan is being widely shared in India. The footage shows a bike borne individual wearing a skull cap stop near a group of minor girls and take turns to sexually abuse two of them. The video is doing the rounds on Twitter and Facebook with netizens making communal accusations.

BOOM found that the incident is from Pakistan's Punjab district, and the accused has been arrested thereafter.

The video has been tweeted by Postcard news founder Mahesh Vikram Hegde, who attempted to give a communal spin to the incident. We have chosen not to include the footage given its extreme disturbing content.

The footage is also viral on Facebook. While there is no direct false narrative shared with the clip, it is being shared in India with captions that emphasize the fact that the perpetrator is a Muslim.

The official Twitter handle of the Punjab Province Police in Pakistan retweeted a longer video of the incident and stated that the accused has been arrested and further legal action is being taken against him. Below is a screenshot of the same.

The police did not reveal the identity of the accused. Reports stated that the incident happened in Dera Ghazi Khan area of the province. According to a Twitter user the video was viral on Whatsapp in the area but the police refused to take action after they were alerted of the same.

Later in a tweet, the Punjab police shared an image of the accused behind bars and stated that legal action has been initiated against him.