Two photos of crowded streets have been shared thousands of times on Facebook, Twitter and websites alongside a claim that they show a pro-democracy protest in Hong Kong on May 24, 2020. This claim is false; the store fronts in the photos do not match protest livestreams broadcast by local media at the same street on the same day; at least one of the signs visible in the photos belonged to a shop that had closed in January 2020.

Both photos provide an aerial view of the streets of Hong Kong's popular shopping district Causeway Bay, which appear to be packed with people.

The caption of the Twitter post, written in simplified Chinese, translates to English as: "From a wide angle, check out today's heroic act of Hong Kong protesters who are not afraid of death". 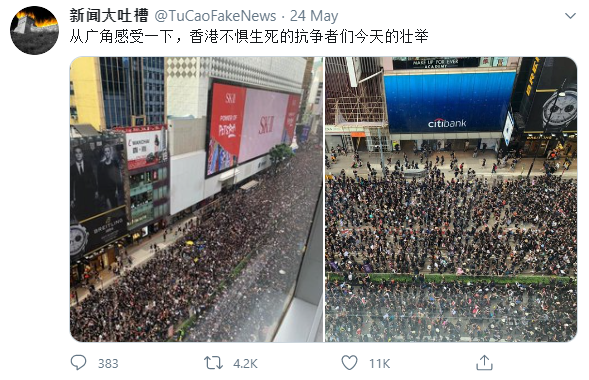 Thousands of people took to the streets in Hong Kong on May 24, 2020, to protest a controversial security law proposed by China. Police fired tear gas and water cannons in an attempt to disperse the crowd, according to this report by AFP.

The photos were also shared here on Facebook and here on the Hong Kong-based viral site 9GAG alongside a similar claim.

However, livestreams from local media on the day show that neither of the photos were taken during the May 24 protests.

Through a keyword search, AFP located this Facebook Live video broadcast by Hong Kong newspaper Apple Daily on May 24.

At the video's six-hour, 17-minute and 19-second mark, a section of a street shows the adjacent Bank of China, Citibank and Breitling buildings, which corresponds to the photos in the misleading post.

Below is a screenshot of the Apple Daily livestream at the above timestamp: 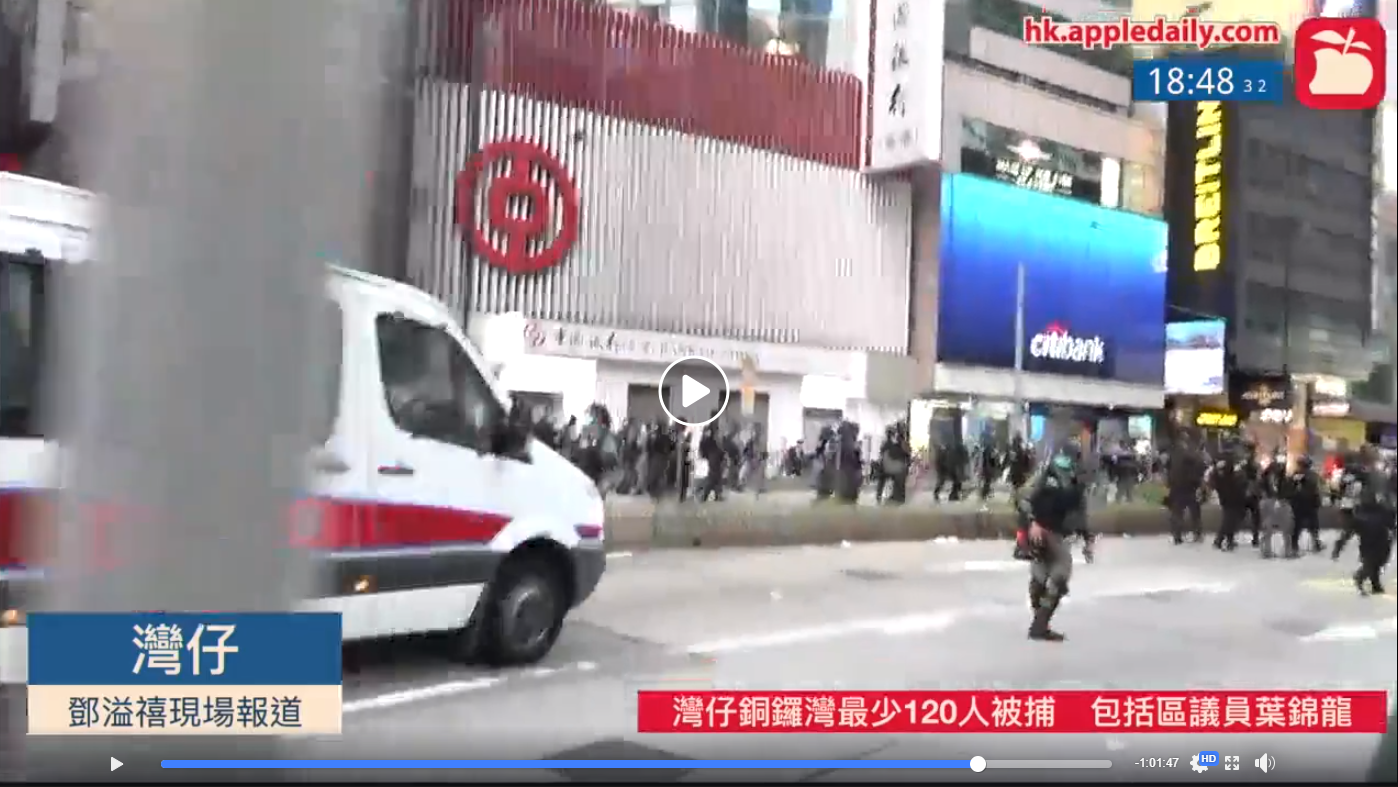 Screenshot of the Apple Daily livestream at the above timestamp

The Apple Daily video, however, differs from the photos in that there is no advertisement on the Breitling building, and no scaffolding on the Bank of China building.

Below is a screenshot comparison between the first (L) and second (C) photos in the misleading post and a keyframe of the Apple Daily live video (R) with mismatched features circled in yellow by AFP:

Similarly, the scaffolding and advertisement seen in the photos are also missing in this live video broadcast by Hong Kong broadcaster i-CABLE News Channel on YouTube on May 24.

Below is a screenshot comparison between the first (L) and second (C) photos in the misleading post and the i-CABLE video at its 47-minute 11-second mark (R) with mismatched features circled in yellow by AFP: