A video has been viewed more than tens of thousands of times on Twitter and YouTube alongside a claim it shows sparks on the border between China and India in June 2020. The video has been shared in a misleading context; it has circulated online since at least December 2019, months before the eruption of deadly skirmishes along the Himalayan frontier on June 15, 2020.

The 38-second clip shows bright flashes of light appearing between mountains. It also features the logo for Douyin, the Chinese version of video-sharing app TikTok.

A person can be heard speaking Mandarin throughout the footage. 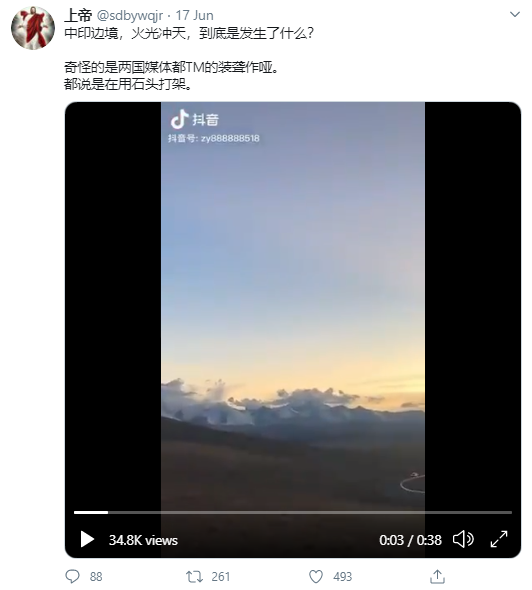 The video's simplified Chinese caption translates to English as: "China-India border sparks flame, what happened on earth? / The strange thing is that media groups from both countries remain silent. / They all said it was (soldiers) fighting with stones."

The tweet was published days after deadly clashes erupted along a disputed border between India and China high in the Himalayas on June 15, leaving at least 20 Indian armed forces members dead. Indian media claim that 43 Chinese were also killed or seriously hurt -- Beijing is yet to give casualty numbers -- making it the deadliest encounter since 1967 and the first deaths in fighting since 1975. Here is an AFP report on the incident.

The video was also shared here on Twitter, and here and here on YouTube alongside a similar claim.

A keyword search on Douyin of the user ID found in the video in the misleading posts found the same video published here on Douyin dated December 13, 2019. 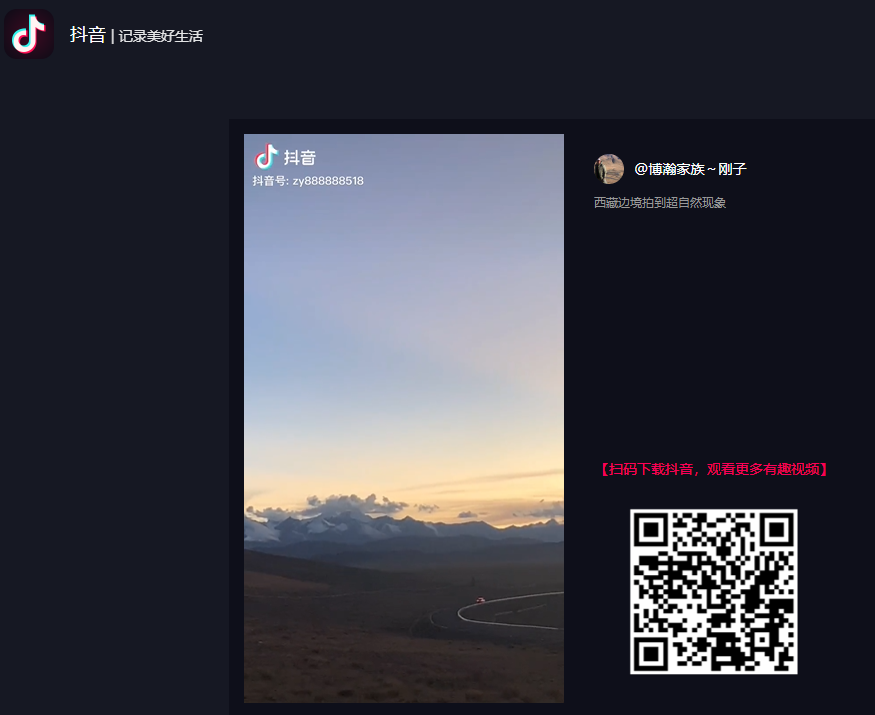 A screenshot of the December 2019 video on Douyin

The video caption reads: "Supernatural phenomenon filmed on the border in Tibet".

Part of the voiceover translates to English as: "Hi everyone! Now what you can see is the sunset glow in China's Tibet and the border areas of India and Bhutan. But I found a very strange thing, that is, the light flash. Let's see, wow, wow, like this, like a nuclear bomb explosion. Anyone know about this natural phenomenon? What is the situation here?"

Below is a screenshot comparison of the video in the misleading post (L) and the 2019 Douyin video (R): 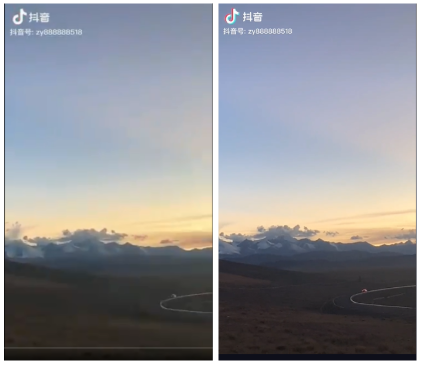 An online keyword search in Chinese did not yield any results for a weather event at the Tibet border on December 13, 2019.

Read Full Article
Claim :   A mysterious glow in the sky was seen along the India-China border after the clash between the two countries.
Claimed By :  Posts on Twitter, YouTube and TikTok
Fact Check :  False