An image of a letter has been shared hundreds of times in multiple Facebook posts which claim it shows a note written by the head of Jamaat-e-Islami, a leading Islamic political party in Pakistan. The letter, written in Urdu, urges the party's members to marry four women and to forgo contraceptives in order to increase party following. The claim is false; party officials said the letter is fake and denied it was written by their leader.The image was published in this Facebook post on February 4, 2020. It has been shared more than 130 times.

It shows a letter purportedly written by Siraj ul Haq, the leader of Jamaat-e-Islami (JI), to his followers on February 2, 2020.

The post's Urdu caption translates to English as: "For the first time Jamaat-e-Islami has given some sensible suggestion which is certainly praiseworthy. The credit certainly goes to Siraj ul Haq and the Shoora (consultative body) of Jamaat-e-Islami that at last after 70 years they have given a practical formula!!!! Signed Baba Kodda." 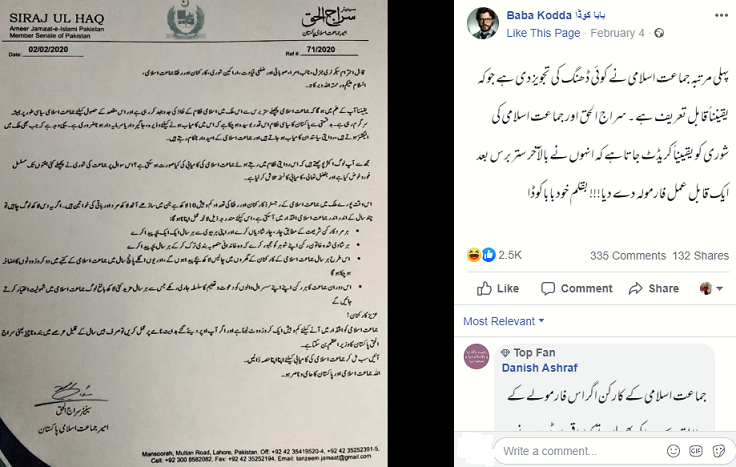 " • Every male member should do four weddings according to Sharia and produce one child from each of four wives every year.

" • Every married woman member should compel her husband to stop using contraceptives and produce one child each year."

﻿ALSO READ: Did PM Modi Call Himself 'A Pathan's Son'? The Real Context

The letter adds that by doing so "four million children will be born in [party] workers homes" annually and that in the "next five years 20 million votes will be added to the JI family."

"If members follow these instructions, then in a short period of 20 years I can become the prime minister of Pakistan," Haq allegedly writes in the letter.

The same image was shared here, here and here on Facebook with a similar claim.

Shamsuddin Amjad, social media director for Jamaat-e-Islami, said in a statement to AFP by WhatsApp on February 11, 2020 that the letter was "fabricated" and "false." 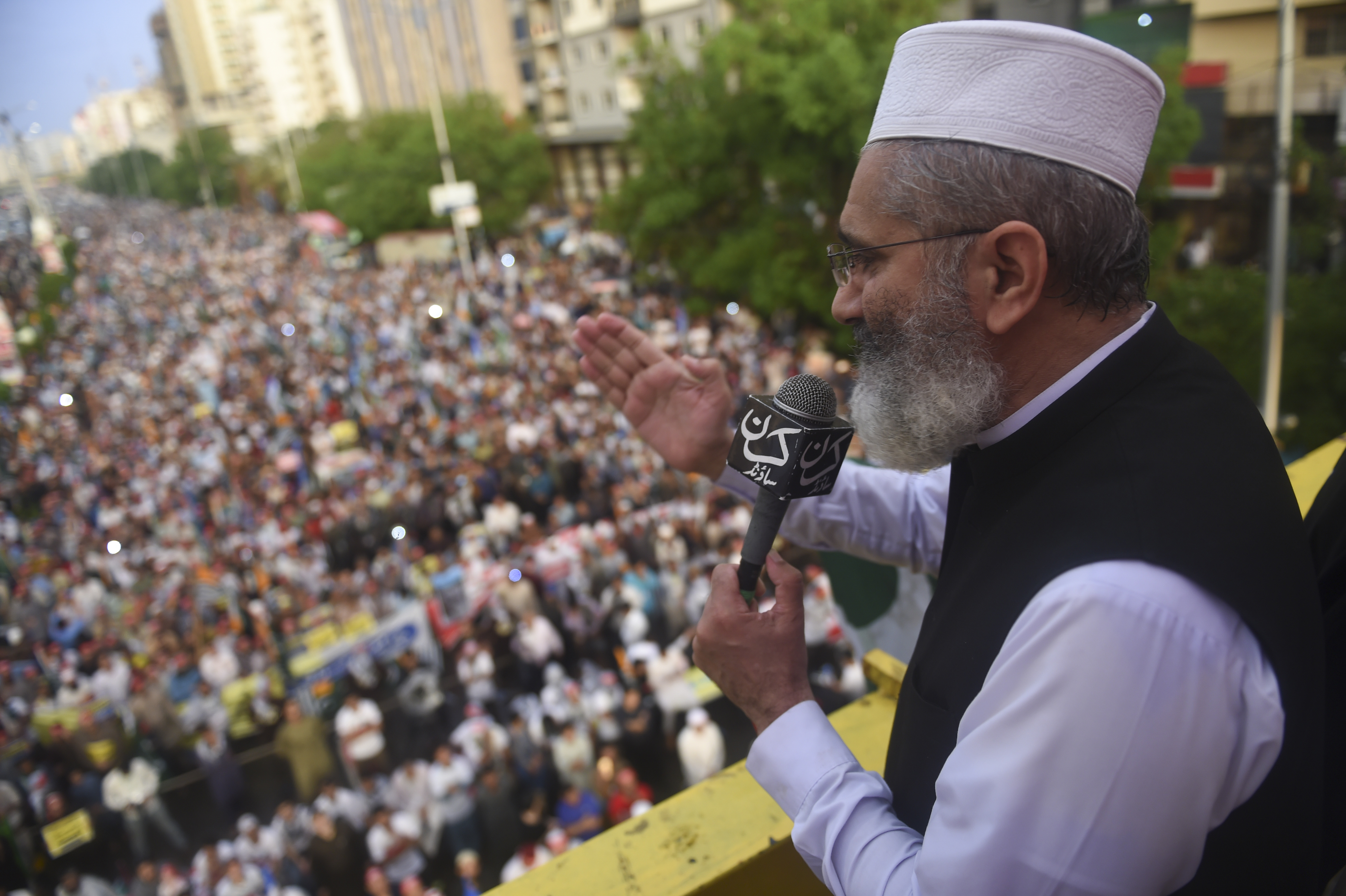 "A fabricated letter attributed to Ameer Jamaat-e-Islami Senator Sirajul Haq has been shared from a page named Baba Kodda which was later published by several popular websites in the form of news. This false letter and fake posts were published on different social media platforms which is absolutely wrong and against his dignity," Amjad said.

ALSO READ: Photo Of Protesters Burning Tricolour Is From Pakistan Not India

"Some miscreant elements have carried out his personal and political character assassination by publishing such fabricated post against the Ameer of the largest religious party of Pakistan which has hurt the feelings of party workers and people who love him countrywide."

The Urdu tweet translates to English as: "Condemnation of a fake circular attributed to Senator Sirajul Haq."

The tweet carries a statement from Qaiser Sharif, JI's Information Secretary, in which he condemns the "fake circular."

"We are contacting the organisations made for curbing cybercrimes against this circular and legal proceedings will be initiated in this regard," Sharif's statement reads.