A message shared repeatedly in multiple Facebook posts claims the Australian Prime Minister Scott Morrison was set to implement a nationwide "shut down" from March 18, 2020 in an effort to curb the spread of the novel coronavirus, COVID-19. The claim is misleading; the Australian Prime Minister's Office refuted the details of the post; Australia's government told its citizens on March 18 not to travel abroad and warned those already overseas to come home but said it did not order a "lockdown"; AFP found the wording of the misleading posts was identical to Malaysia's announcement of a nationwide lockdown.

The post claims the Australian government was set to announce a 14-day nationwide "shut down" from March 18 to March 31, 2020, banning gatherings and inward and outbound travel, as well as closing schools and "non-essential" infrastructure; citing "a good source in government".

It reads in part: "Following from a good source in government. Shit just got real / HUGE Government announcement coming tomorrow. Complete shut down" 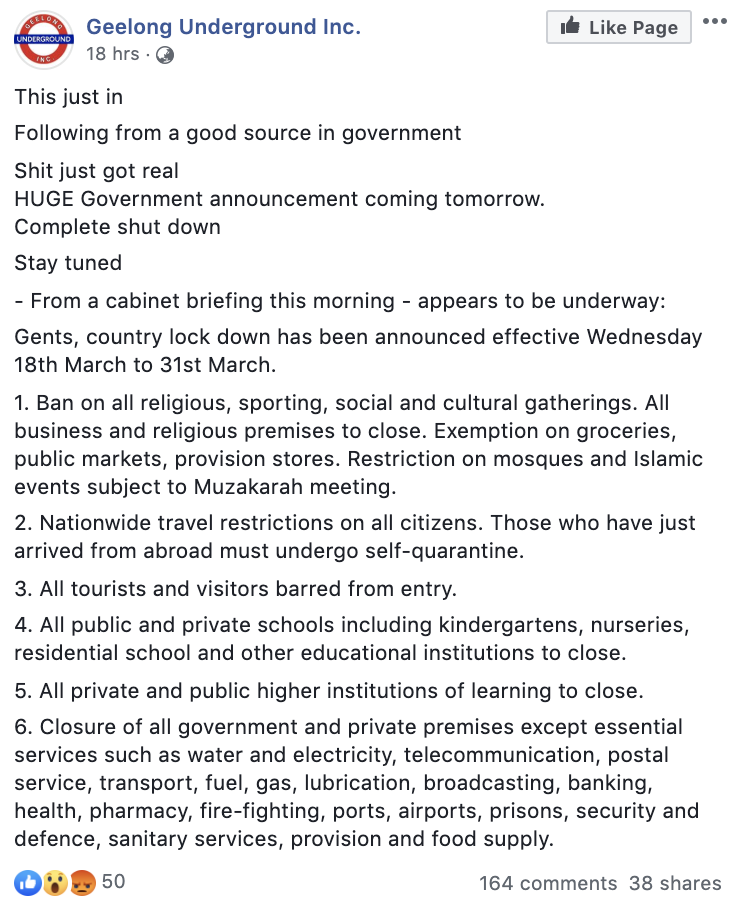 The COVID-19 pandemic has killed more than 8,800 people worldwide and infected almost 210,000 others, as reported here by AFP on March 19.

Australia's government told its citizens on March 18 not to travel abroad and warned those already overseas to come home as it took unprecedented steps to choke off the spread of the coronavirus pandemic, AFP reported here.

In response to the misleading posts, the Australian Prime Minister's Office directed AFP to the comments made by Prime Minister Scott Morrison on March 18, 2020.

"There's a lot of misinformation out there. There's a lot of ridiculous stuff that circulating on text messages and internets about lockdowns and all of this and sadly, there's even been cases of wilful fraud and misrepresent and fraudulent preparation of documents, even recordings alleging to represent Cabinet meetings and things of this nature. Don't believe it, it's rubbish. Go to health.gov.au. Go to the relevant state health websites to get your information on what's happening. Avoid all that nonsense that you're seeing on social media," he said.

Morrison ordered a halt to "non-essential" indoor gatherings of more than 100 people, on top of an existing ban on outdoor events of more than 500, AFP reported on March 18. Although he called the extraordinary travel crackdown an "indefinite ban" on foreign trips, the advice released by the government was couched as a recommendation.

The misleading claim appears to have been copied from the text describing lockdown measures in Malaysia.

The text in the misleading claim is identical to this article on the news website Free Malaysia Today, about the Malaysian government's "movement control order"; the nationwide lockdown imposed on March 16, 2020 in the wake of the COVID-19 pandemic. 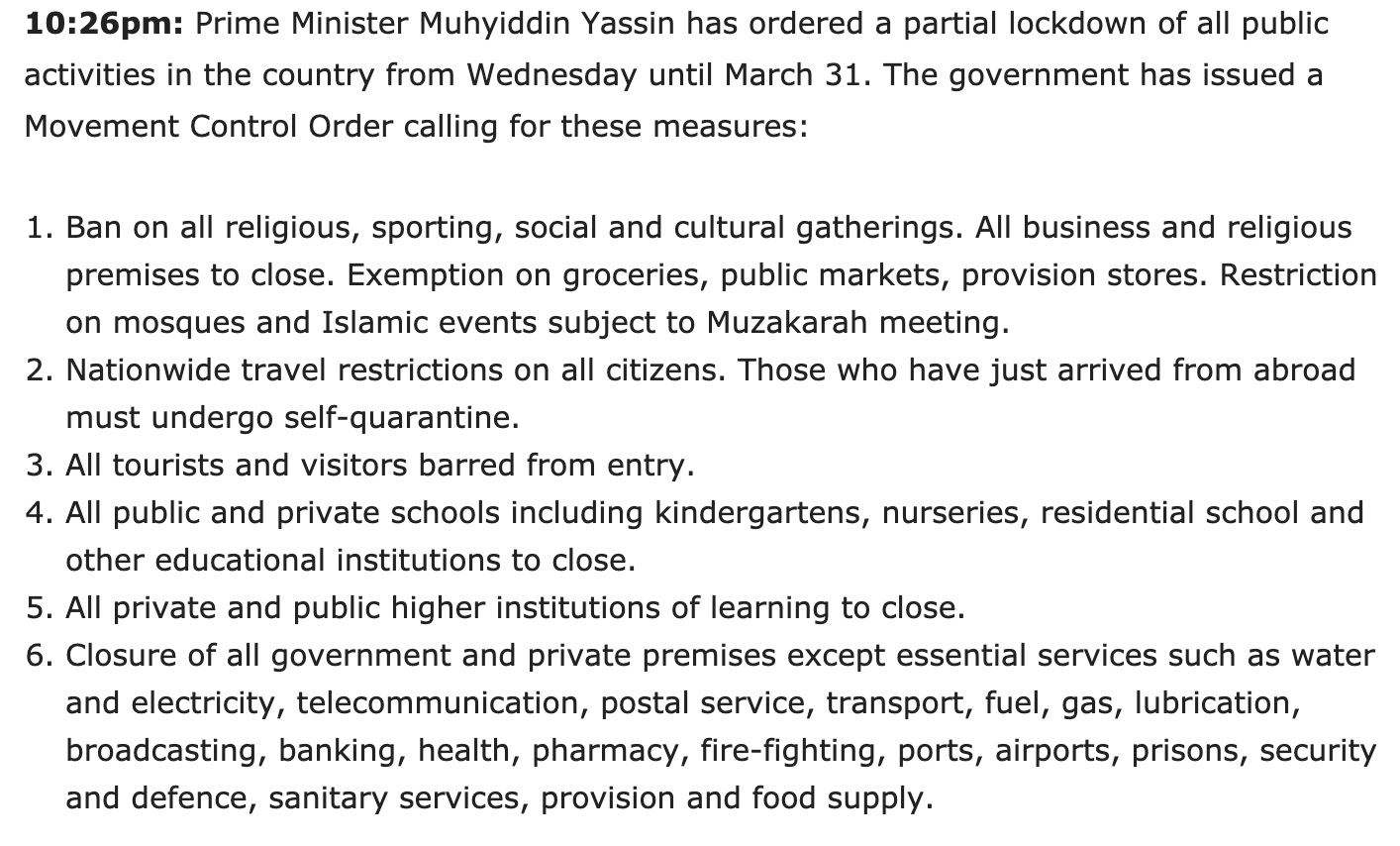 ALSO READ: WHO: Volcanic Ash Does Not Kill Novel Coronavirus, Hazardous To Health

The same six lockdown measures are also listed in this speech on the Malaysian Prime Minister's website.

Australian journalist Osman Faruqi also highlighted the similarities between the misleading claim and the Malaysian announcement in this tweet.