A video of a group of Mandarin-speaking tourists on a scenic lake has been viewed tens of thousands of times in Facebook and Twitter posts that claim it shows Chinese nationals holidaying on the Indian side of a lake that straddles the countries' border. The claim is misleading: the two-month-old video was shot near Bird Island in Pangong Tso lake in Chinese-controlled Tibet. 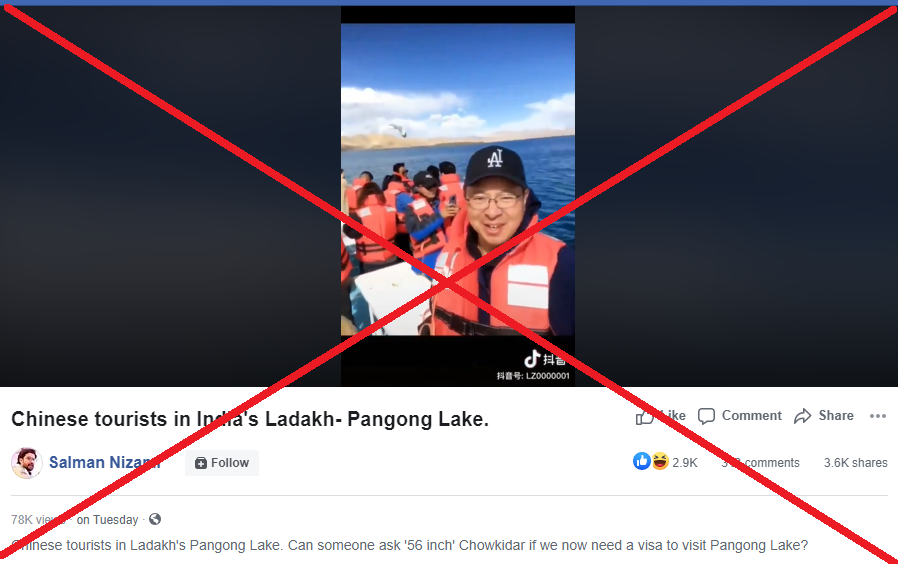 A caption alongside the video reads: "Chinese tourists in Ladakh's Pangong Lake. Can someone ask '56 inch' Chowkidar if we now need a visa to visit Pangong Lake?"

Pangong Tso is the world's highest saltwater lake. One-third of the water body lies in Indian-administered Ladakh region while the other two-thirds is in the Chinese-controlled Tibet.

"'56 inch' Chowkidar" refers to Indian Prime Minister Narendra Modi who dubbed himself as a chowkidar -- meaning watchman in English -- of the country with a 56-inch broad chest ahead of the 2019 elections, as noted in this report by the Times of India.

A man seen in the video can be heard saying in Mandarin that the tourists are in the Pangong Tso on their way to the Bird Island.

Bird Island is situated on the Chinese side of Pangong lake in Ngari Prefactor of the Tibet region.

A Mandarin username can be seen in the top left corner of the footage for this account on Douyin -- the Chinese version of video-sharing app TikTok.

The account also contains multiple other videos of the same man on holiday in Tibet. For example, a similar video of the man wearing the same outfit while feeding birds on a boat was posted here on July 12, 2020.

"There's always a person, whom you will smile if you keep thinking of, and then will cry if you keep smiling for," reads the Mandarin caption.

The countries' border passes through the lake itself as seen in the below screenshot of a map published here on the government's Survey of India website: 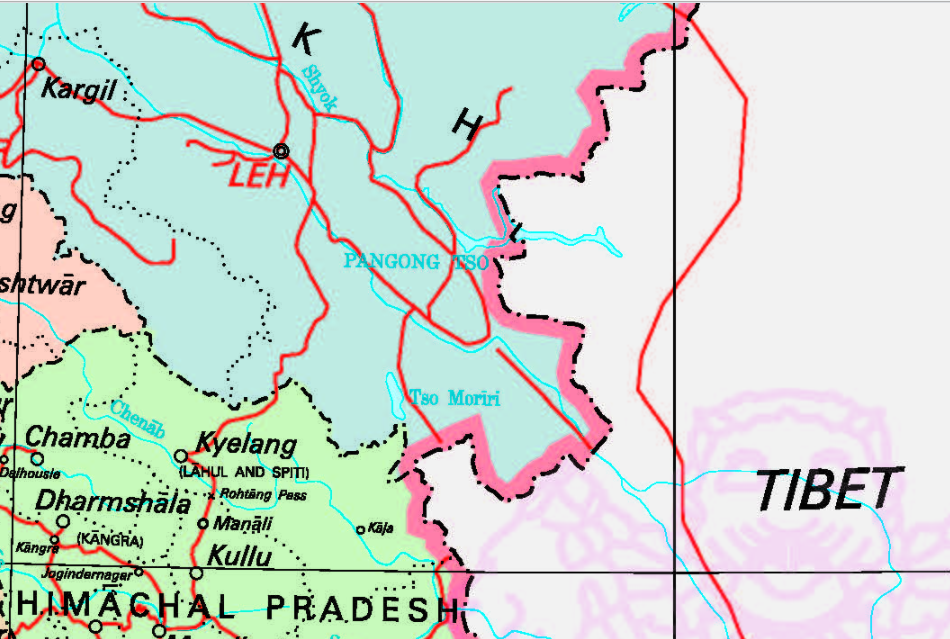