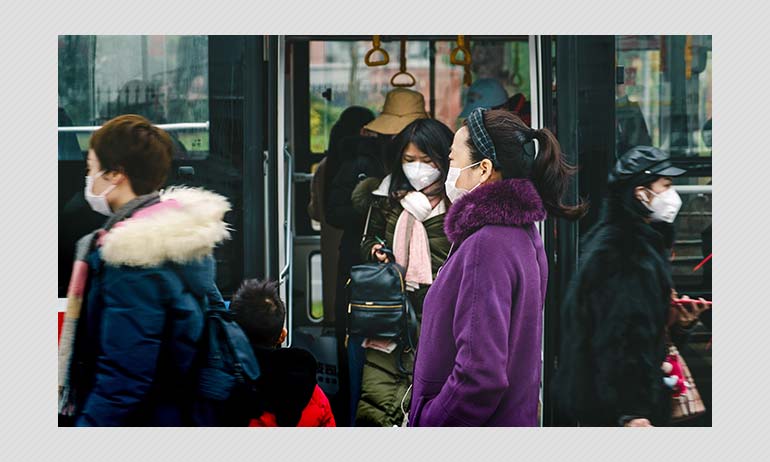 The number of deaths from the deadly 2019 novel Coronavirus climbed past 900 and has now surpassed the toll from the Severely Acute Respiratory Syndrome (SARS)which claimed 774 lives in 2003.

Mainland China witnessed 97 deaths on February 9, 2020 taking the toll to 910 meanwhile the American embassy announced that a US citizen succumbed to the virus in a hospital in Wuhan on February 6, 2020.

In China, Dr Li Wenliang, a 34-year-old doctor from Wuhan had predicted the outbreak in December but was charged for spreading rumours by the Wuhan police died on February 7 after he was infected by a patient. There was public outrage after his death was announced twice by the Chinese media. The Chinese government is now probing his death after it sparked public anger.

Here are the latest developments about the virus:

The virus has so far claimed 910 lives, 908 from mainland China, and one each from Hong Kong and Philippines.

The total number of confirmed cases for the Coronavirus have risen to more than 40,500 spread across 27 countries.

According to a real time data monitor by John Hopkins University, over 3,600 people have recovered. The recovered cases have been kept under observation and are treated with a variety of medicines by various doctors.

According to the WHO, even though the death toll has crossed the SARS it is less deadly than the former because SARS had a mortality rate of 9.6%.

Chinese researchers investigating the animal origin of the coronavirus outbreak in China have said that the endangered pangolin may be the "missing link" between bats and humans. Their genomic sequence is 99% similar to the virus, however researchers across the world still believe that there needs to be more scientific evidence supporting the theory.

New study in the Journal of the American Medical Association (JAMA) found that 41% of the first 138 patients would have picked up the virus from the hospital itself. Such infections are called nosocomial infections.

A scientist from Imperial College, London working on creating a virus has stated that the treatment will only be ready by 2021.

The World Health Organization has stated that the world is facing a chronic shortage of anti-virus equipment for health workers.

The WHO also is worried about the transmission of the virus to people without any travel history to China and are sending an expert team to understand the spread of the virus to China. In a series of tweets, Dr. Tedros Ghebreyesus, Director General of WHO discussed the growing concern surrounding the virus.

I've just been at the airport seeing off members of an advance team for the @WHO-led #2019nCoV international expert mission to #China, led by Dr Bruce Aylward, veteran of past public health emergencies.

Chinese officials have decided to call the virus as Novel Coronavirus Pneumonia.

Wuhan has started a second hospital to tackle the Coronavirus cases.

Hubei's Fangxian County has come up with a novel way of reporting the spread of the virus. Officials are offering a 1000 yuan to patients with fever and who turn themselves in, while they are offering 500 yuans to people reporting patients with signs and symptoms. The scheme is only valid till February 18.

A journalist named Chen Quishi who was reporting about the virus and forcefully quarantined has gone missing since February 9.

China's finance ministry said all levels of government had allocated a total of 71.85 billion yuan to fight the Coronavirus.

The US will offer up to $100m to China and other impacted countries to combat the fast-spreading Coronavirus, Secretary of State Mike Pompeo said.

Hyundai and Kia Motors have shut their South Korea operations as they are running out of Chinese spare parts which are important for their manufacturing and production.

A Norwegian cruise called Norwegian Cruise Lines is prohibiting passengers or staff that have Chinese, Hong Kong or Macau passports on board any of the ships over concerns of spreading the Coronavirus.

This comes after three cruises have had Coronavirus scares with one of them having 136 positive cases (75 new) and is docked in Tokyo. A 80-year-old man who got off at Hong Kong on January 25 and tested positive is claimed to be the source of the virus. The cruise now plans to test all passengers onboard.

Meanwhile, Japan is boosting its production of masks.

Singapore has alerted its nationals with a "orange" level epidemic suggesting that it can pass among people which has led to long lines at grocery stores.

Medical workers in Hong Kong have called off their five day strike as 7,000 of the workers (10% of the public sector) was protesting and the medical sector needed more workers on board.

Turkey has temporarily stopped imports of livestock and animal fats from China.

Air crew from Bangladesh has refused to travel to Wuhan for further evacuation due to the growing concern surrounding the spread of the virus.

Press Trust of India tweeted that PM Modi has written to the Chinese President in solidarity and has offered help in tackling the spreading virus.

A Chinese national on a Delhi-Pune flight threw up and was sent to Naidu hospital in Pune who sent his samples to the National Virology Institute. The plane was sanitised before its return to Delhi.

India also traced and quarantined 24 people in Haryana who had skipped detention while travelling to the country from China.

Global exporters are looking at India as an option for trade of commodities like furniture, ceramics, homeware, fashion and lifestyle goods, textiles and engineering goods.

Misinformation around Coronavirus is increasing daily. Videos with misleading narratives as well as theories supporting Cannabis can cure Coronavirus are circulating on social media.

The WHO has initiated a four-pronged approach to battle misinformation around the new virus. Meanwhile, Hungarian police said on Saturday they had uncovered a network of "fake news" websites that reported alleged Coronavirus-related deaths in Hungary, which is so far free of reported infections from the deadly virus.