A video of a politician from Mahrashtra is being shared with a false claim that he is BJP MLA Anil Upadhyay, criticising the government and standing up against the CAA and National Register of Citizens (NRC). In the 2.23 minutes clip one can spot anti NRC posters in the background on the stage.

BOOM has previously debunked fake posts that have been shared with a fictitious politician named 'Anil Upadhyay'. 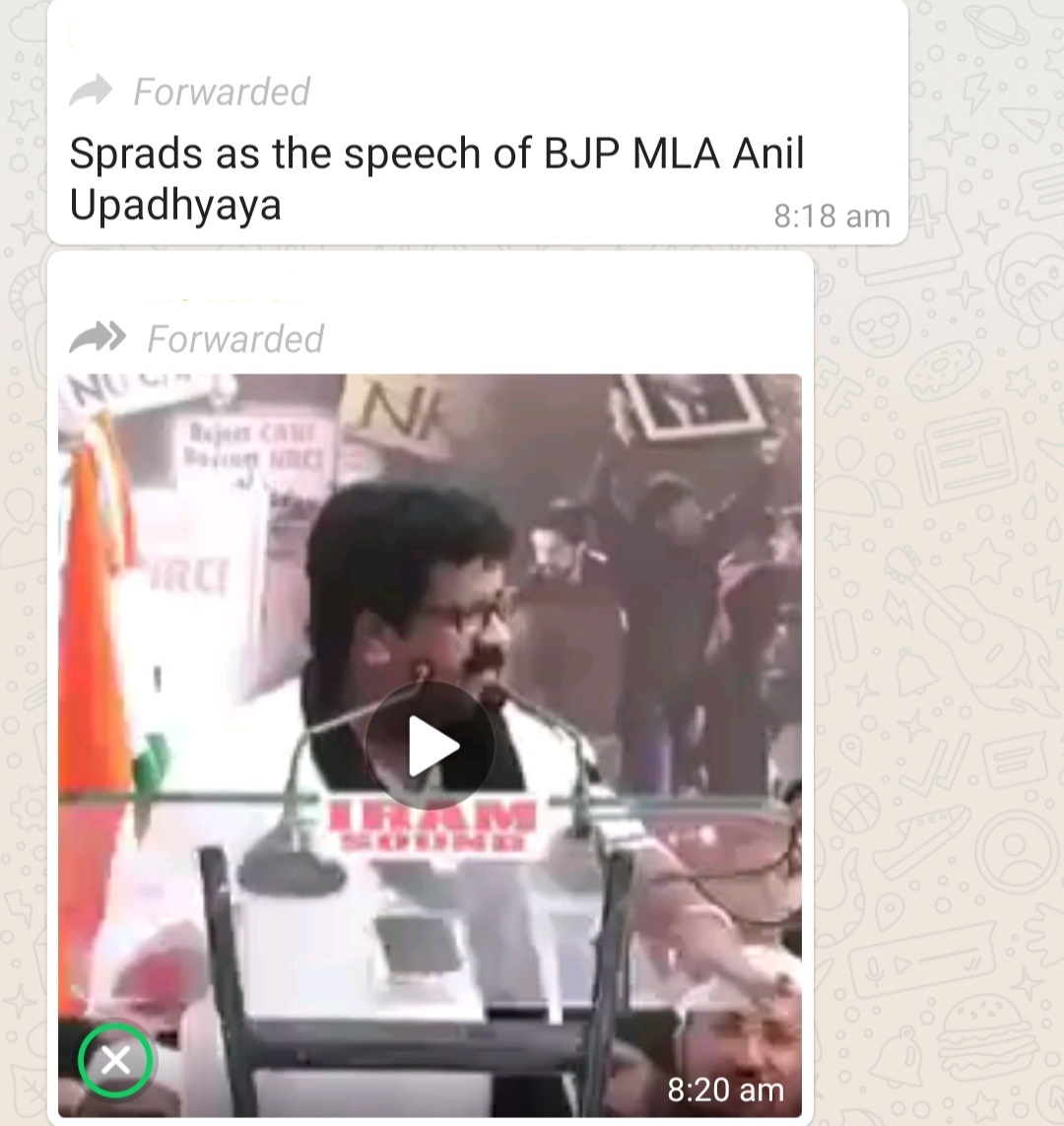 BOOM received the video on our WhatsApp helpline number (7700906111) enquiring about it.

In the clip one can hear the political leader say, "Today we (Muslims) are being asked that what's the proof of your ancestors," and goes on to cite Qutub Minar and Char Minar as examples.

We searched with the caption on Facebook and found that the same video is being shared with the misleading caption. BOOM broke the video into keyframes and ran a reverse image search using Yandex, a Russian search engine and identified that the person in the video is Vanchit Bahujan Aghadi (VBA) leader Faruk Ahmed.

We found a longer video uploaded on December 20, 2019, uploaded on YouTube, with the caption, "Full Speech of Farukh Ahmed in Grant Dharna Pradarshan at Nanded on 20 December". At the 25 seconds timestamp one can spot a ticker that identifies him as ''state spokesperson Faruk Ahmed, VBA, Maharashtra".

Additionally, we found news reports on an anti-CAA protest held in Nanded, Maharashtra on December 20, 2019. We compared the facial features of Ahmed from the viral video with another video where he is addressing a press conference as a VBA leader and found that both the pictures match. 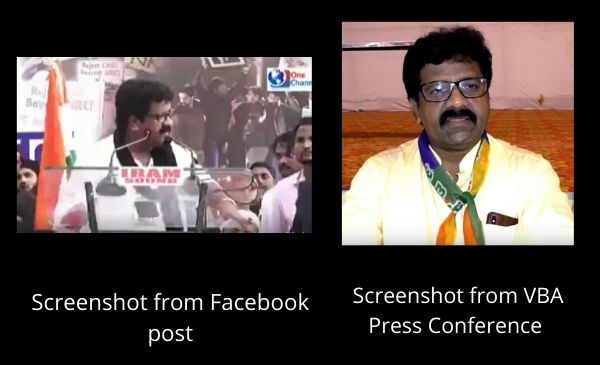 Several pieces of misinformation and fake news have been shared using the name of the fictional MLA Anil Upadhyay. (Read here and here). While the some of them claimed Upadhyay was a BJP MLA, the rest claimed he was with Congress. Interestingly, BOOM found that Upadhyay was a fictional character, with no record of him in either political party.

Claim :   BJP MLA Anil Upadhyaya Speaking Against CAA And NRC
Claimed By :  Facebook Posts
Fact Check :  False
Anil Upadhyaya  bjp CAA
If you value our work, we have an ask: Our journalists work with TruthSeekers like you to publish fact-checks, explainers, ground reports and media literacy content. Much of this work involves using investigative methods and forensic tools. Our work is resource-intensive, and we rely on our readers to fund our work. Support us so we can continue our work of decluttering the information landscape. BECOME A MEMBER
📧 Subscribe to our newsletter here. 📣You can also follow us on Twitter, Facebook, Instagram, Youtube, Linkedin and Google News 📝Stay updated with all our latest fact check stories.