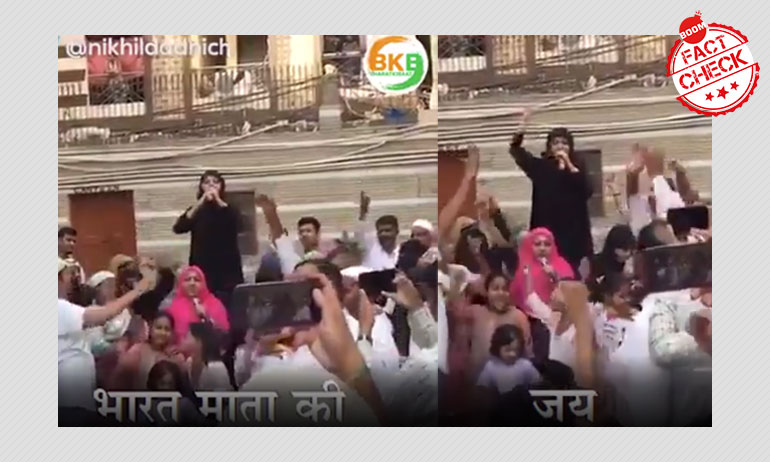 A video of Nighat Abbass, who describes herself as a media panelist for the Bharatiya Janata Party's (BJP) Delhi wing, is viral on social media with misleading claims.

The video shows Abbass in a burqa chanting 'Azadi' or freedom, from various opposition party leaders.

The clip is viral on right-wing Facebook pages which make no mention in their posts that Abbass is affiliated with the party.

The Hindi caption accompanying the video translates to: "a new thing just happened, these people want freedom from Rahul Gandhi. Help shall be provided."

Archived versions can be accessed here and here.

BOOM had previously debunked another video of Nighat Abbass in May 2019 when a video recorded by her went viral as a 'Muslim woman slamming Arvind Kejriwal'.

﻿Nighat Abbass describes herself as a media panelist for BJP Delhi. An archived version of her Twitter handle can be seen here.

BOOM also found another video from May 2019 from her Facebook profile, where the BJP's candidate for Delhi election and MP Manoj Tiwari describes Abbass as 'BJP's TV spokesperson'.