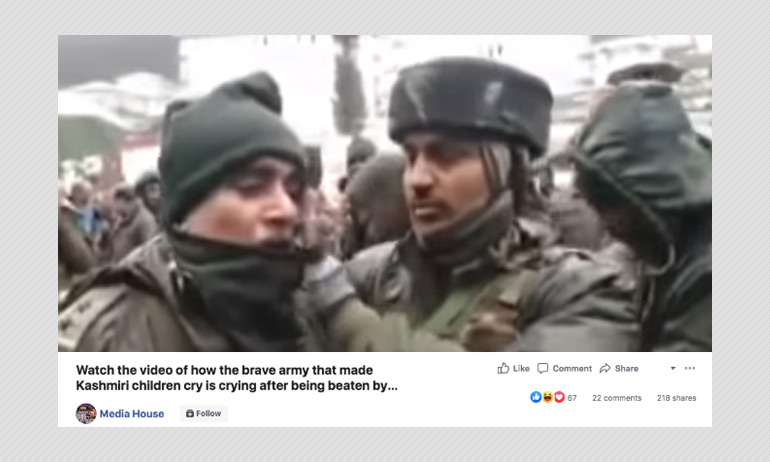 A video has been viewed thousands of times in multiple posts on Facebook, YouTube and Twitter alongside a claim it shows Indian army soldiers crying after being "beaten" in deadly clashes with Chinese troops in June 2020. The claim is false; this clip has circulated online since March 2019 in reports about clashes between Indian soldiers and armed militants in Indian-administered Kashmir.

The post's caption reads: "Watch the video of how the brave army that made Kashmiri children cry is crying after being beaten by the Chinese in Ladakh. This cowardly terrorist army is not capable of any war. Their job is to kill unarmed Kashmiris. They are called great experts in this."

The video was published days after a "violent face-off", the first deadly incident in a long-running border dispute between the two countries in decades, was reported at India-administered Ladakh on June 15. At least 20 Indian soldiers were killed in the incident. China has refused to confirm if it suffered any casualties in the first deadly clashes at the border in decades, although Indian media said at least 40 Chinese troops were killed or seriously hurt, as reported here by AFP.

Kashmir is another contested region in the Himalayas, claimed by both India and Pakistan. Here is a report on the disputed region.

The claim is false; this clip has circulated online since at least March 2019.

The clip features the watermark "@rifatabdullah" in the centre of the frame. A similar watermark can also be seen in the misleading posts.

The YouTube video caption reads: "Few members of Indian Paramilitary Forces (CRPF) broke down after carrying bodies of their colleagues including their Inspector who were killed in an Encounter with Militants in Handwara area of North Kashmir."

Below is a screenshot comparison of the video in the misleading post (L) and the March 2019 YouTube video (R): 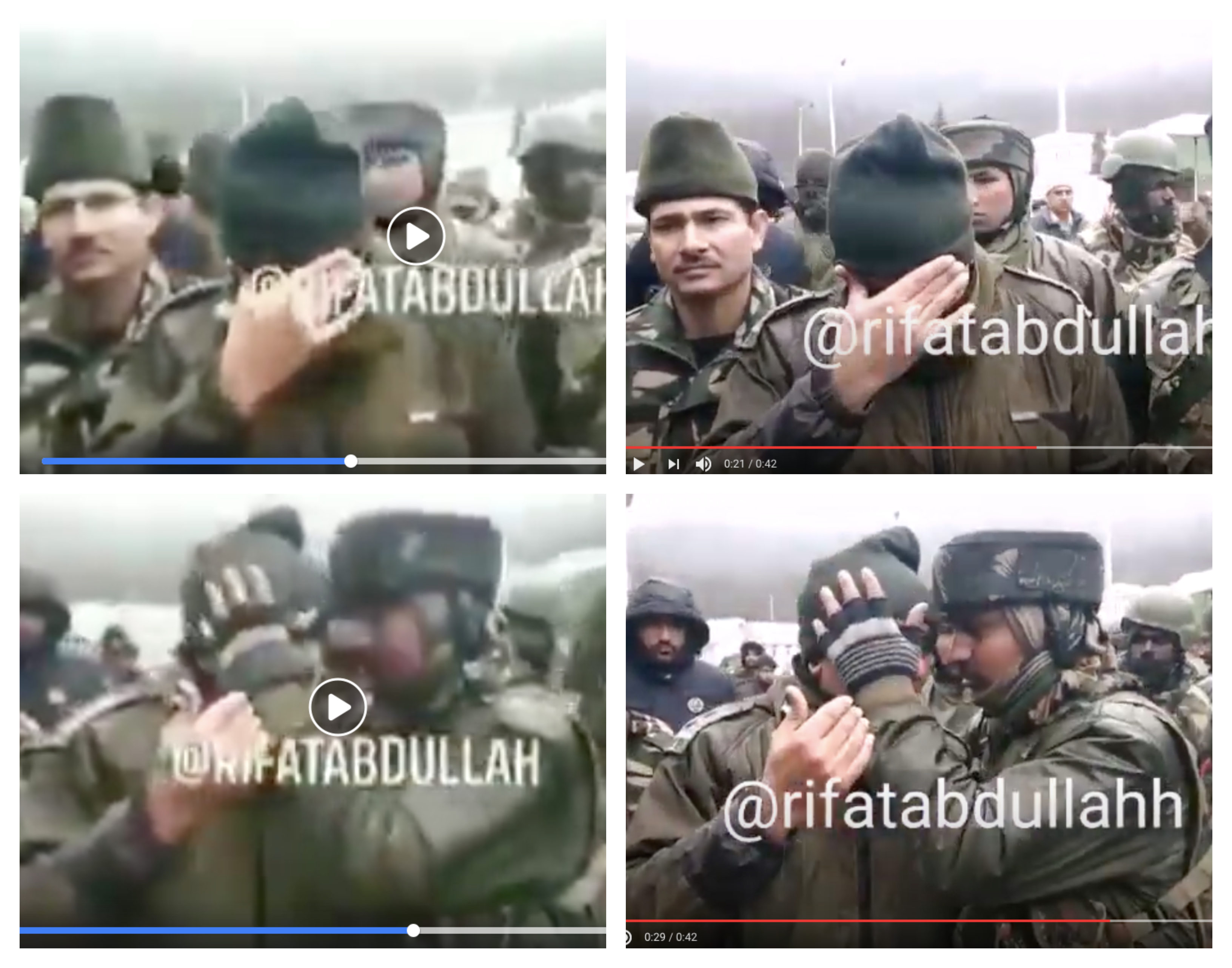 A similar video, without the watermark, was also published here on the YouTube page of Indian-English news channel NDTV, on March 2, 2019.

Clashes between militants and troops in Indian-administered Kashmir were also reported by Indian newspapers The Indian Express and Economic Times here and here.