A video has been viewed tens of thousands of times in multiple posts on Facebook and YouTube alongside a claim it shows people who offered a morning prayer at the Hagia Sophia after the museum reopened as a mosque in July 2020. The claim is false; this footage actually shows Muslims praying in front of the Hagia Sophia in May 2014.

The three-minute eight-second footage was published here on Facebook on July 22, 2020. It has been viewed more than 120 times.

The post's Indonesian-language caption translates to English as: "Since it was opened, the Morning Prayer at the Hagia Sophia ... This is what the infidels fear if as many people joined the Mass Morning Prayer as the Friday Prayer..." 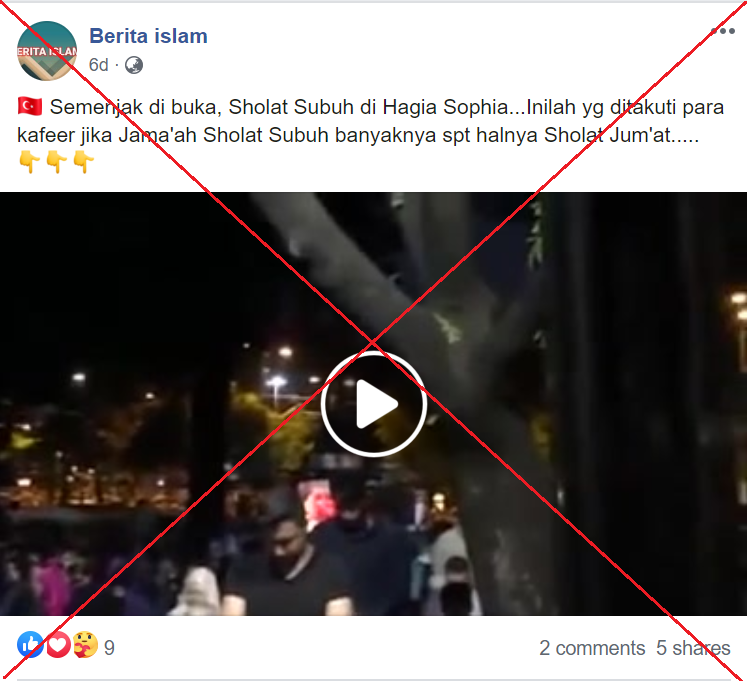 The Hagia Sophia, also known as Ayasofya, is located in Istanbul.

Turkish President Recep Tayyip Erdogan announced on July 10, 2020 that the Hagia Sophia would reopen as a mosque after a top court revoked the sixth-century Byzantine monument's status as a museum, AFP reported here.

The same footage was also shared with a similar claim here, here, here and here on Facebook where it has been watched 42,000 times; as well as on YouTube here and here.

The same footage was also shared with a similar claim in Malaysian language here and here.

A reverse image search and subsequent keyword search on Google found the footage was previously posted here on YouTube on May 31, 2014.

Translated from Arabic to English, the video title reads: "For the first time since 79 years… Thousands of Turkish citizens performing the morning prayer (Al Fajr) in Ayasofya in Istanbul 31/5-2014." 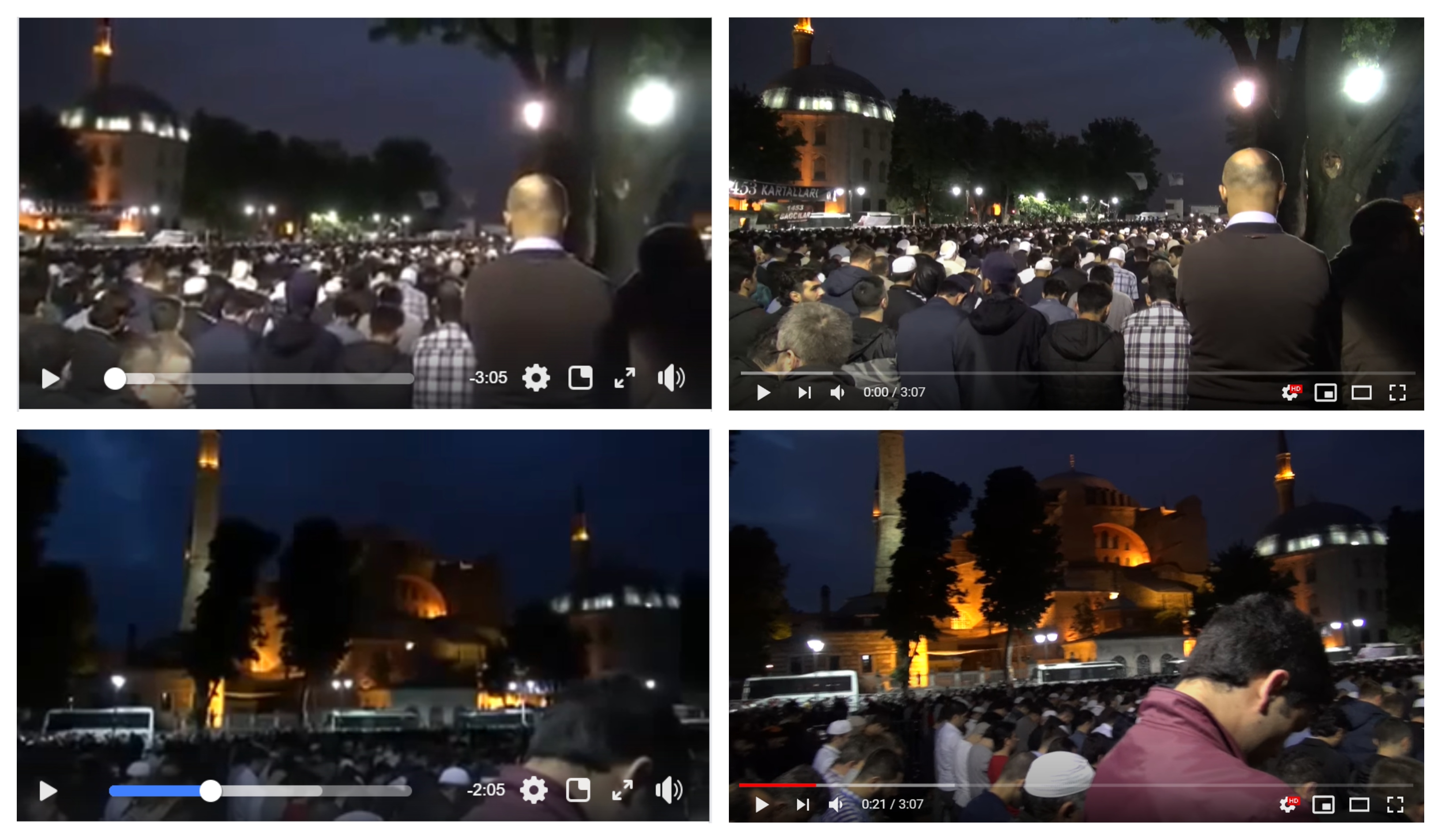 The report's first two paragraphs read: "A large group of people, who demand Istanbul's monumental Hagia Sophia to be turned into a mosque again, gathered in front of the museum in the early hours of May 31, before offering their morning prayer there.

"Anatolia Youth Association (AGD) had made a call for the event that came at a time when several radical groups have been discussing the status of the museum."

Other Turkish news outlets, Anadolu Agency and Haberler, also reported on the event on May 31, 2014.

On July 24, 2020, Erdogan led the first Muslim prayers at the Hagia Sophia after it was reconverted into a mosque, AFP reported here.