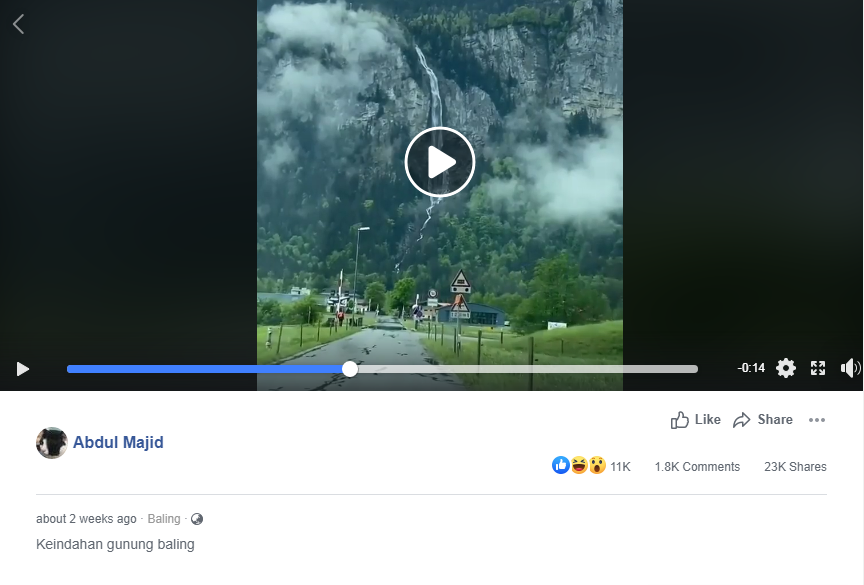 The post's Malay-language caption translates to English as: "The beauty of baling mountain".

Mount Baling is located in Kedah, a state in the northwest of peninsular Malaysia.

Also Read: Video Of Flood In Spain Doctored To Include A Buddha Statue

The video was viewed more than 560,000 times after it was shared in Facebook posts here and here with a similar claim. It was also posted here and here, with a claim that it shows Mount Keriang or Mount Setong, both in Malaysia.

The waterfall is not located in Malaysia. A reverse image search and a keyword search on Google found the video was posted on Instagram here by Sylvia Michel, a photographer based in Switzerland, on April 29, 2020.

The post is tagged to Berner Oberland, or Bernese Oberland, a region in central Switzerland.

Below is a screenshot comparison of the video in the misleading Facebook post (L) and the Instagram video (R). The same cloud formations can be seen in the background, as well as a herd of cows next to a road in the foreground: 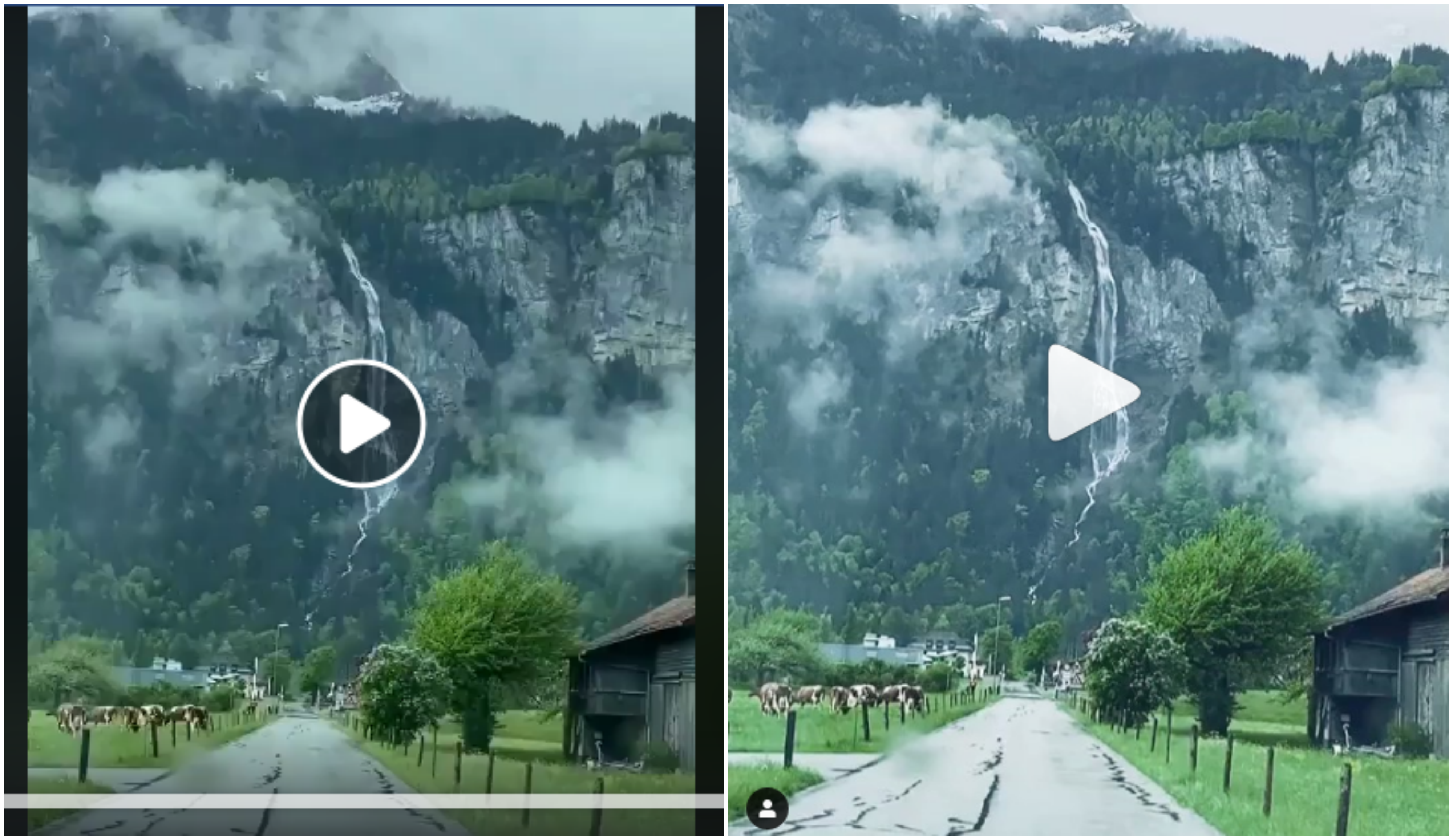 Also Read: Video Of Fish On A Mexican Beach Shared As Video Shot In Bali

The waterfall in the video is Oltschibachfall, near the town of Meiringen, in the Bernese Oberland region.

This Google Maps image of Oltschibachfall corresponds with the scenery seen in the video. 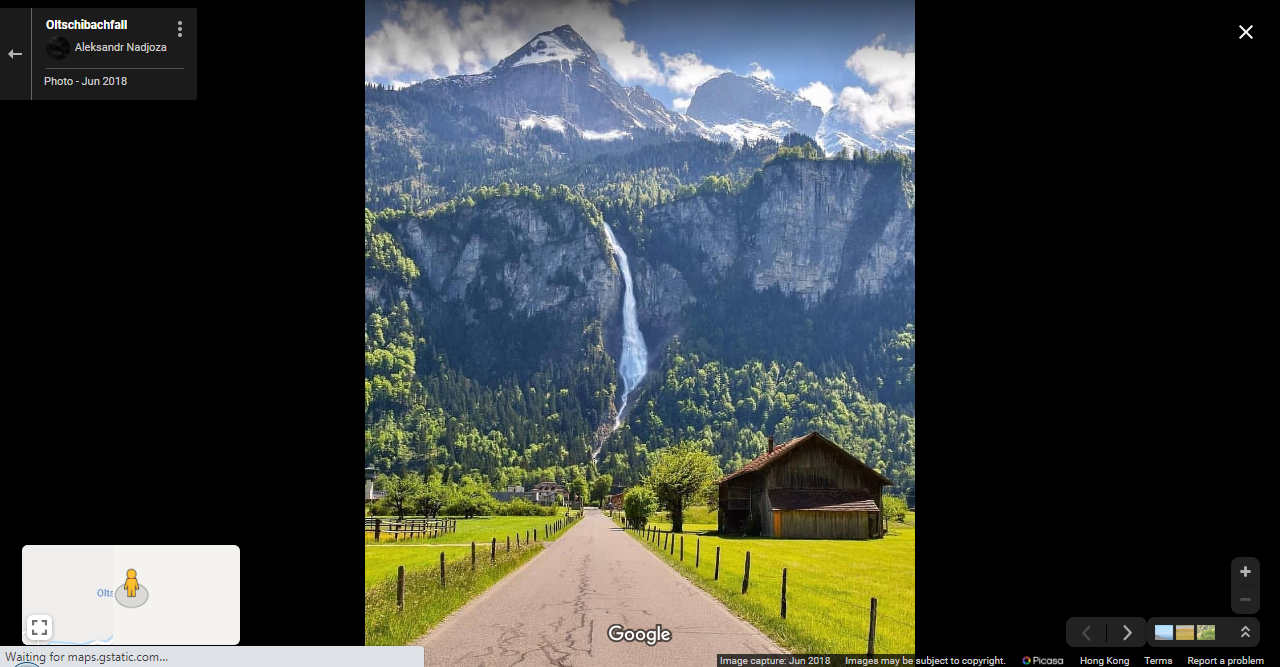 Screenshot of image of Oltschibachfall from Google Maps