A video has been viewed tens of thousands of times in multiple posts on Twitter, Facebook and YouTube alongside a claim it shows fish washed up on a beach on the Indonesian island of Bali. The claim is misleading; the video shows people collecting fish on a beach in Mexico.

The one-minute 14-second video shows a group of people collecting fish on a beach. 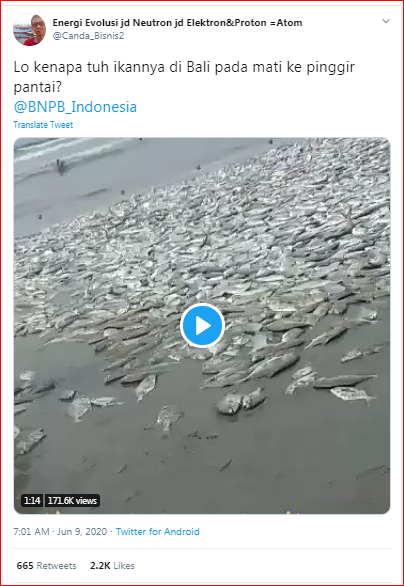 The post's Indonesian-language caption translates to English as: "Why did these fish in Bali died on the seashore? @BNPB_Indonesia."

A yellow-coloured subtitle imposed on the clip reads: "these fish happened at a Bali beach."

Also Read: Is Establishing A One World Government A Part Of UN's 'mission goals'?

Bali is a province and a resort island in Indonesia.

The clip has also been watched more than 3,100 times after it was published with a similar claim on YouTube here, here and here; on Facebook here and here; and on Twitter here.

The clip has also been posted with claims in Spanish and English that it was taken in Panama, in Venezuela or in Acapulco, Mexico.

The claims, however, are misleading.

A reverse image search and a subsequent keyword search on Google found it was previously published on Facebook here on April 2, 2020.

Puerto Adolfo Lopez Mateos is a seaside town in Comondu, a municipality in the Mexican state of Baja California Sur.

The clip in the misleading post briefly shows a car license plate at the 54-second mark as seen in the screenshot below: 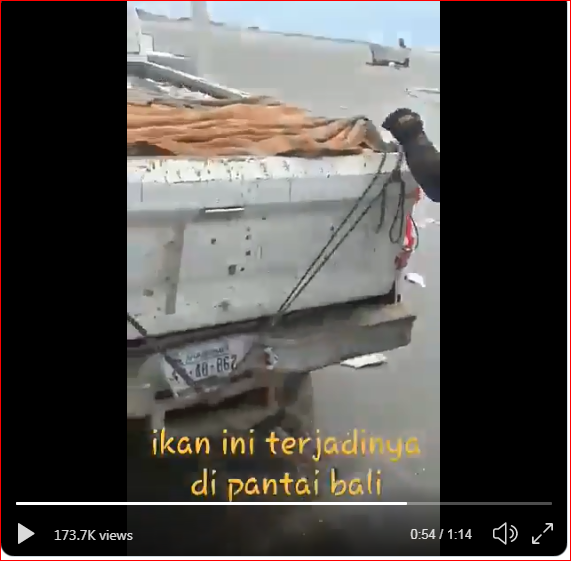 A Spanish-speaking AFP journalist analysed the plate number in the video and found that it corresponds with plate numbers issued by Anapromex, a Mexican company that helps register vehicles from other countries.

Below is a screenshot of an Anapromex license plate found on its website:

Screenshot of a sample of Anapromex plate on its website

Below is a screenshot comparison between the plate in the misleading clip (L) and the plate on Anapromex website (R):

On its website, Anapromex lists the names of Mexican states where it operates: Baja California Sur is one of them, but not Guerrero, where Acapulco is located.