Multiple Facebook posts shared thousands of times claim that consuming durian and cola together can be lethal. The claim is false; health experts told AFP that durian and cola can be consumed together safely. 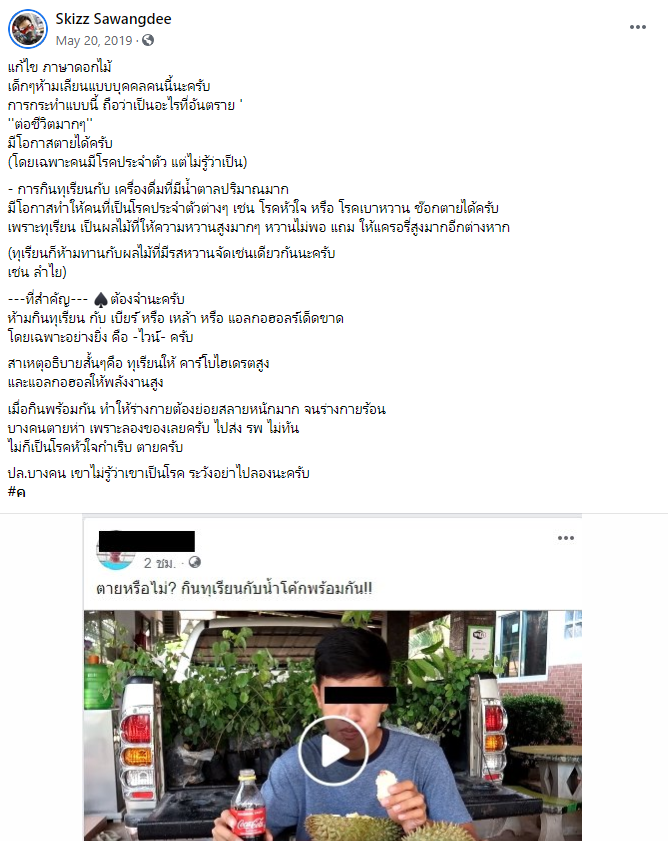 The post's Thai-language caption states, in part: "Children please don't imitate this person, this action is considered dangerous and 'harmful to life', you can die (especially for those who have congenital diseases but they are not aware of it.)

"Eating durian together with high-sugar drinks poses risks to those who have congenital diseases such as heart disease, diabetes can potentially die because durians are high in sugar and cholesterol."

The post was published alongside a screenshot of a video titled "Die or not? Eating durian and Coca-Cola drink together".

A similar claim was also shared in multiple languages on Facebook, including here and here in Thai, here in Khmer, here in Tagalog and here in Burmese.

It was also published in this May 2015 article by Thai health news website Hfocus.org.

The text in the article reads: "Don't eat durian with soda-pop or alcohol. Your body will be heated and it could cause death".

Durian is a pungent and thorny fruit found in abundance in Southeast Asia, according to Michelin Guide, a French culinary guidebook.

However, the claim about the fruit is false.

Also Read: The Waterfall In This Video Is In Switzerland And Not Malaysia

"Eating durian and coca-cola together is not dangerous and doesn't toxicate your body acutely. However, just like any other sugary food, durian and coca-cola shouldn't be eaten so frequently to avoid obesity. But it is not forbidden to eat it at the same time," he said during a phone conversation on May 28, 2020.

Dr. Prueksapanich, however, did warn against eating durian and alcohol together.

"Drinking durian and alcohol together could be harmful to your body. A substance in durian could make your alcohol poisoning symptoms become more severe, and could cause deaths in some cases," he added.

Dr. Jessada Denduangboripant, a professor at Chulalongkorn University's Department of Biology, also published this statement on Facebook on May 21, 2020, dismissing the claim as a "hoax". 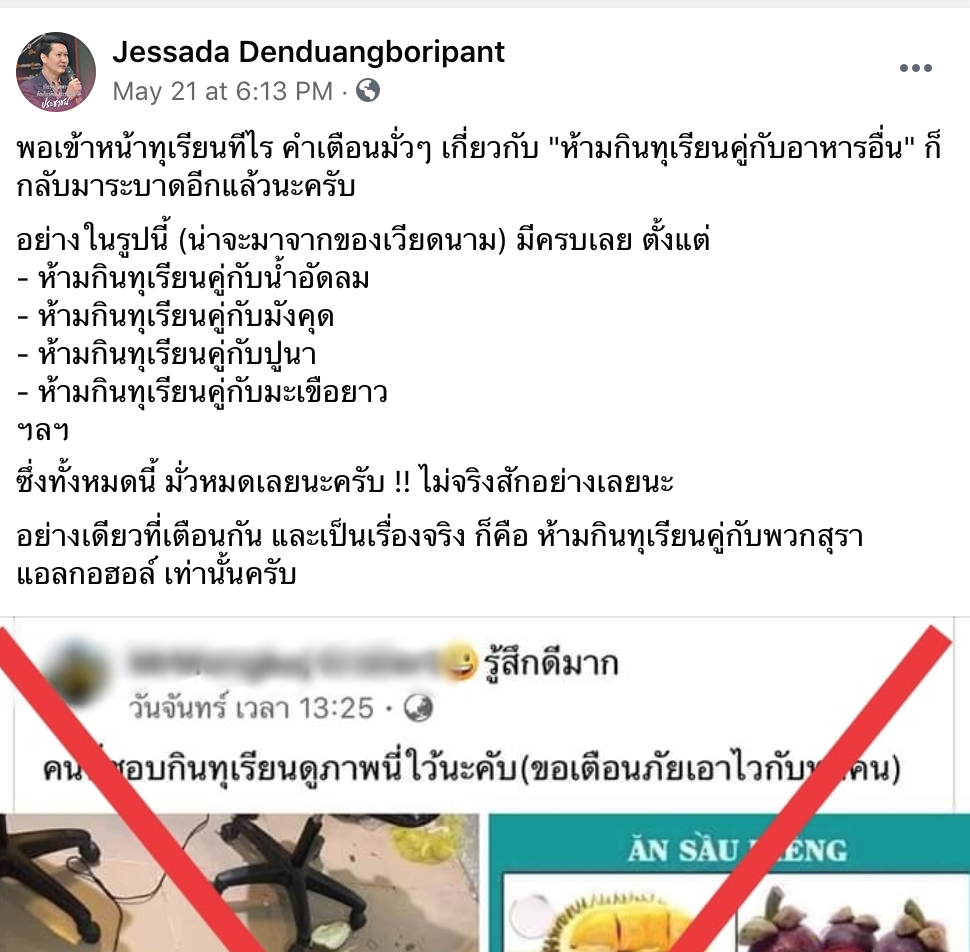 It reads, in part: "Every time when the durian season approaches, there has always been a hoax related to durian and that you can't eat it with other things.