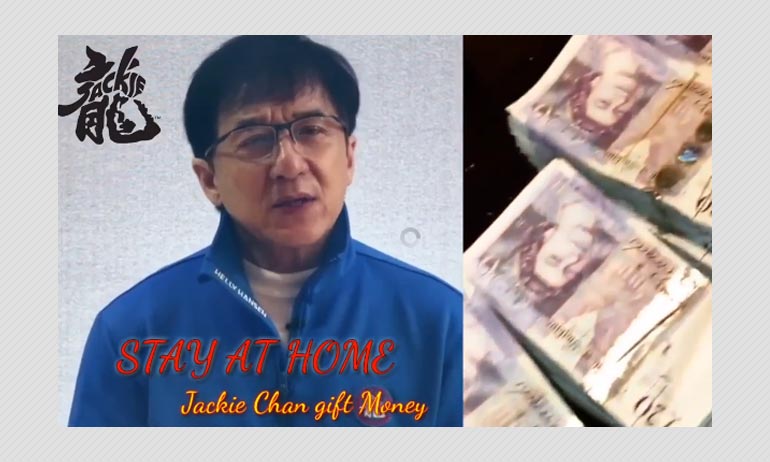 A video has been viewed more than 1.7 million times on Facebook alongside a claim Hong Kong actor Jackie Chan is offering cash handouts to people affected by the COVID-19 pandemic. The claim is false; the video has been created using two separate clips which do not state that Chan is offering donations to those affected by COVID-19; the first clip was originally published on Chan's official Facebook account in April 2020; the second clip was taken from a 2017 post on the Instagram page of US boxer Floyd Mayweather.

It was shared here in a Myanmar-based Facebook group.

The 42-second clip is a split screen video that features Chan speaking on the left, and stacks of British and euro banknotes on the right. 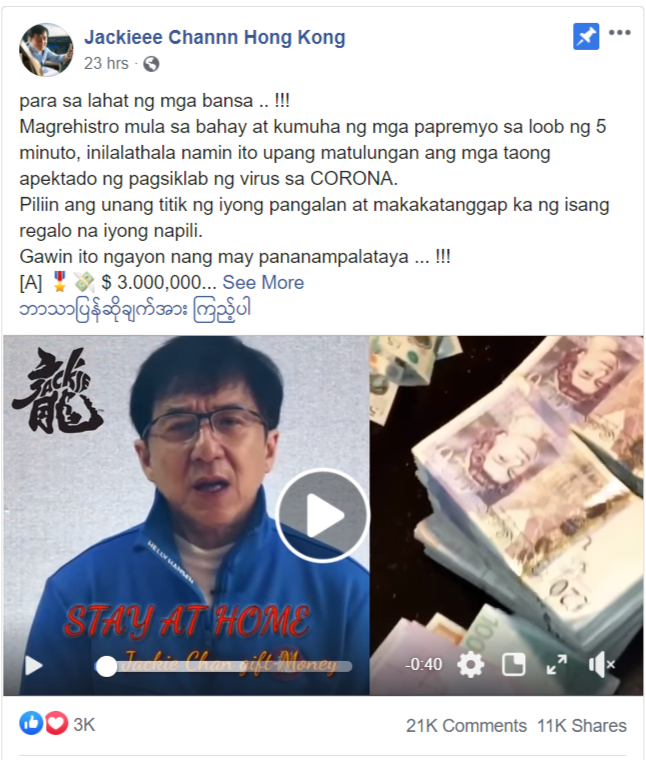 The post reads, in part: "for all countries .. !!! Register from home and get prizes in 5 minutes, we are publishing this to help those who are affected by the explosion of CORONA virus. Pick the first letter of your name and you will receive a gift of your choice….Your money will be sent 5 minutes after registering your name".

The same video was also viewed here, here and here on Facebook alongside similar claims.

A reverse Google Image search with keyframes extracted from the footage in the misleading posts found a longer version of the video published here on Jackie Chan's official Facebook page on April 3, 2020.

In the video, Chan says, in part: "Hello I am Jackie Chan. I know it is a very difficult time for everyone right now. And we all face the same problem - the coronavirus....Protecting yourself is protecting your family. Stay safe. Stay strong. I too believe we have a brighter future ahead. Thank you."

Chan does not mention handouts at any point during the video.

Also Read: This Photo Of Caged Dogs Is Not From Yulin Annual Dog Meat Festival

Below is a screenshot comparison of the video in the misleading post (L) and the video on Chan's Facebook page (R):

A second reverse image search also found a longer version of the video in the misleading posts published here on the Instagram account of US boxer Floyd Mayweather.

The video is captioned "Pounds and a few Euros". It is dated May 27, 2017, more than two years before the COVID-19 pandemic.

Below is a screenshot comparison of the video in the misleading posts (L) and Mayweather's Instagram post (R): 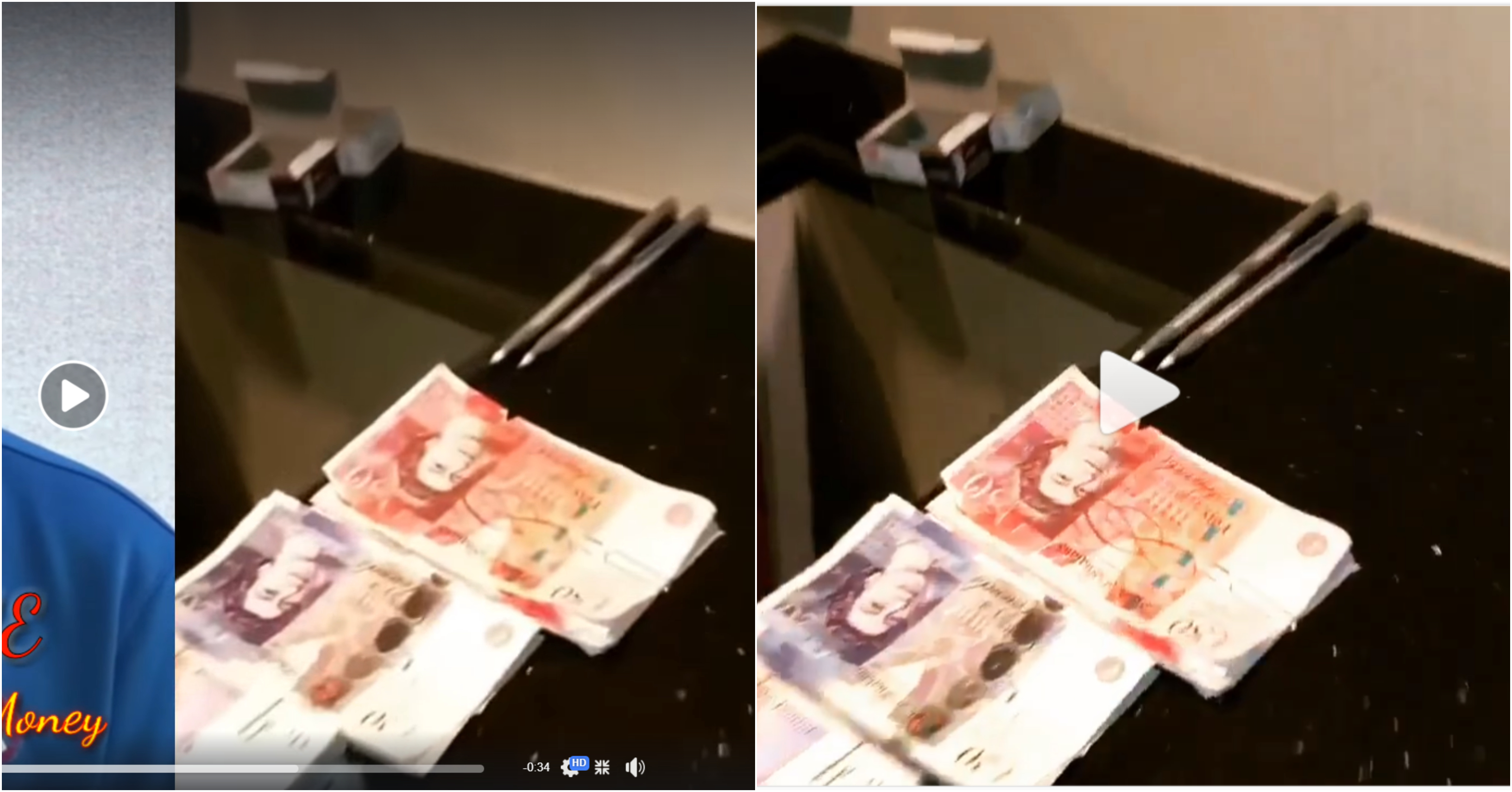