A photo has been shared hundreds of times in multiple posts on Facebook and Twitter alongside a claim it was taken during the "Spanish flu" pandemic between 1918 and 1920. The claim is misleading; the photo has circulated in reports about fashion in 1913, about five years before the 1918 influenza pandemic; a spokesman for German photo agency Süddeutsche Zeitung Photo told AFP the photo shows "nose veil" fashion in 1913 after the Balkan war. 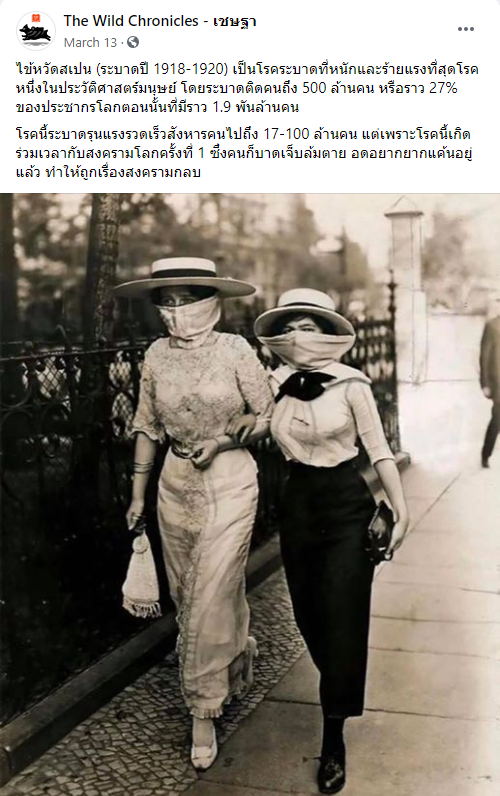 The post's Thai-language caption translates to English as: "Spanish flu (spread in 1918-1920) is one of the worst and serious outbreaks in human history. There were 500 million people infected or around 27% of the whole global population which was around 1.9 billion people).

"This disease was so serious that it killed 17-100 million people, but because this disease happened at the same time as World War I which had a lot of deaths, injuries and starvations so this disease was hidden by that."

"Spanish flu" or the 1918 H1N1 flu pandemic occurred in 1918. It killed an estimated 50 million people worldwide, according to this summary by the US Centers for Disease Control and Prevention.

A reverse image search on TinEye found the same photo published on this Alamy stock photo website about ladies' fashion in 1913. The German-language text written on the bottom of the photo translates to English as: "A new veil fashion. The war in the Balkans has created a new, peculiar fashion. Ladies are nowadays wearing the nose veil that has been used in Turkey for centuries." 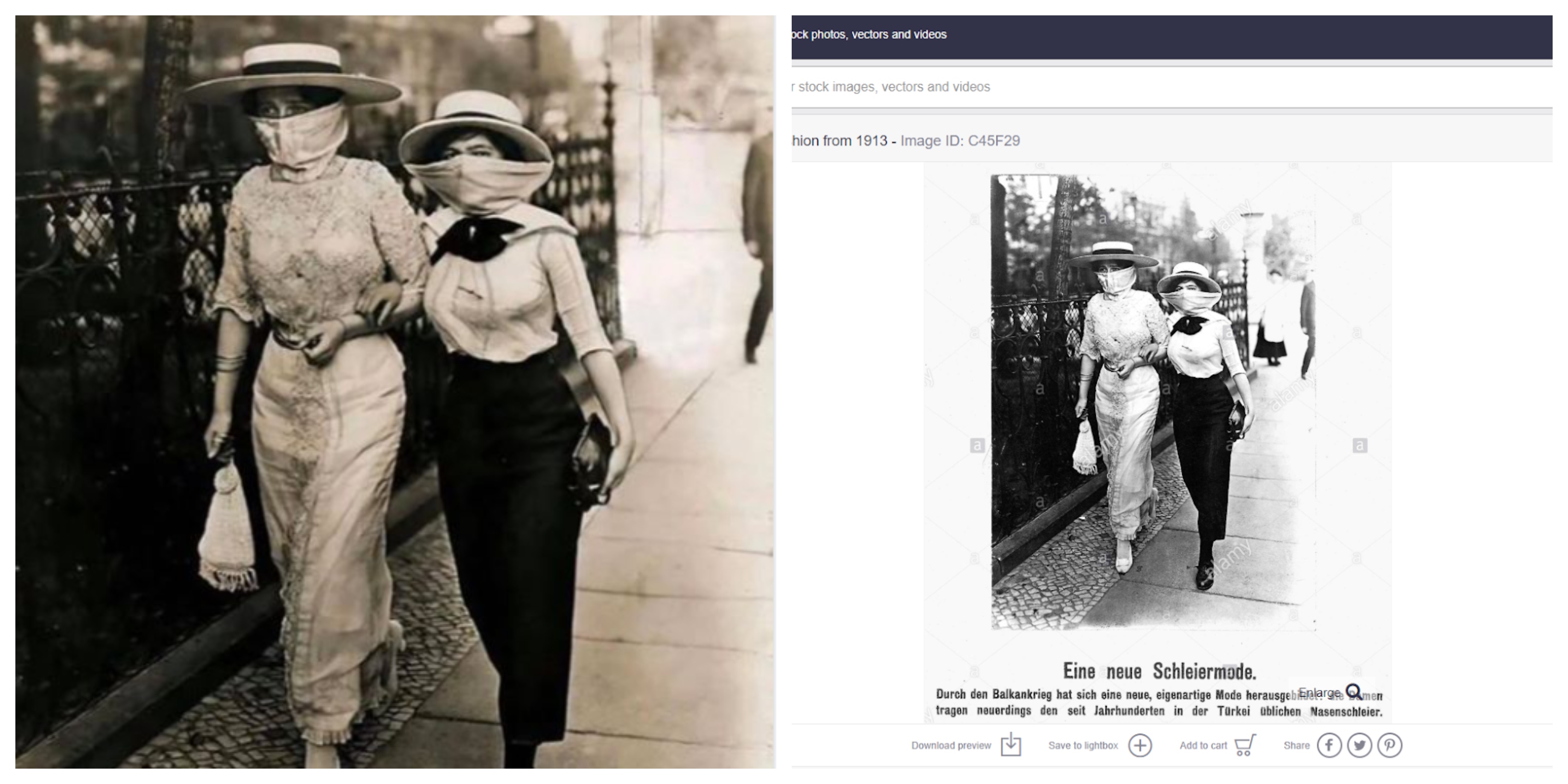 In an email to AFP dated June 15, 2020, Süddeutsche Zeitung's spokesman Sven Riepe said the image dates back to 1913.

"The original picture description says that the nose veils were the fashion for ladies after the Balkan war," he said.

Also Read: No, COVID-19 Testing Is Not Done To Implant Gates-Funded Microchips

Below is a screenshot of the original photo on Süddeutsche Zeitung's website: 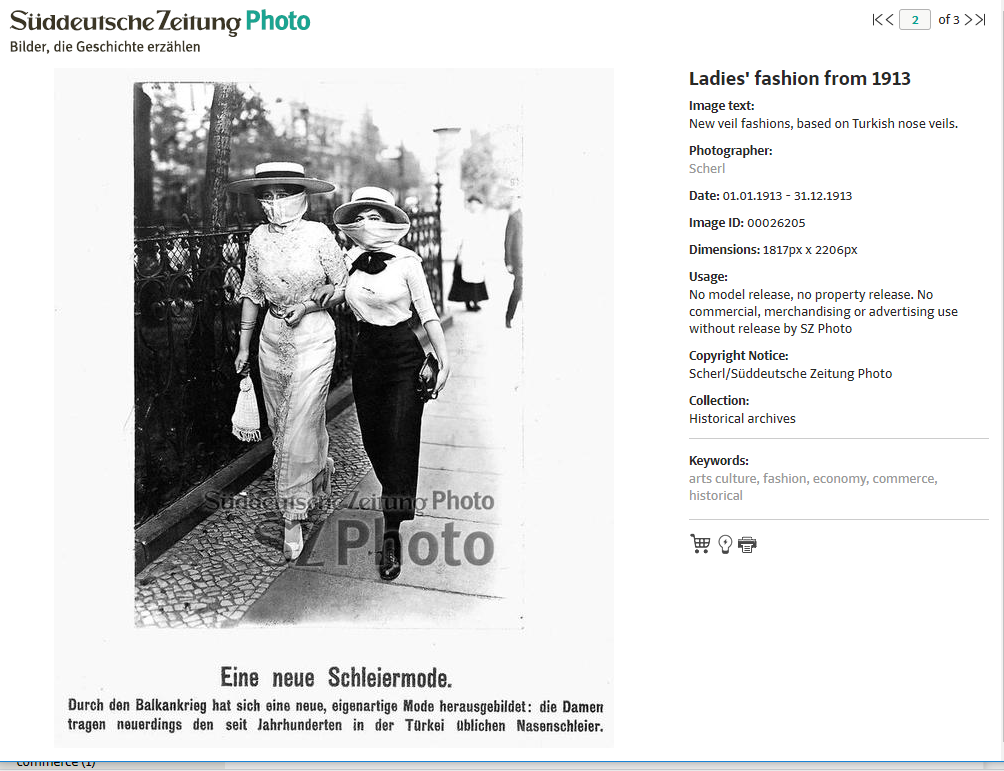 The photo was previously used in misleading posts about a purported 19th-century poem regarding self-isolation. AFP Australia debunked the posts here.