A photo has been shared more than 100,000 times in multiple posts on Facebook, Instagram and other social media platforms which claim it shows the tomb of Prophet Muhammad in Saudi Arabia. The claim is false; the photo has circulated in reports about the tomb of the Prophet's companion in Turkey. 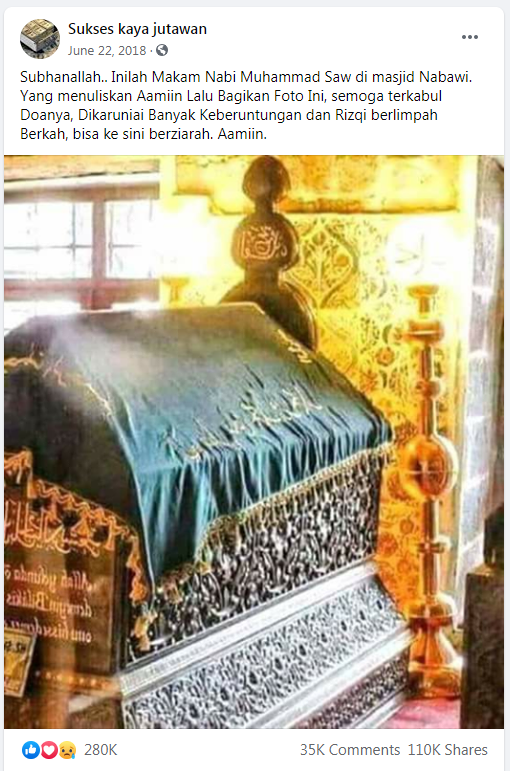 The post's Indonesian-language caption translates to English as: "Praise be to Allah.. This is the tomb of Prophet Muhammad peace be upon him in the Nabawi Mosque. Those who write amen and share this photo, may their prayers materialize, they be given a lot of good luck and fortunes and they can pay a visit here. Amen."

"Nabawi Mosque" refers to Al-Masjid an-Nabawi (the Prophet's Mosque), which is home to the Prophet Muhammad's tomb, in the Saudi holy city of Medina.

The same image was also shared on Facebook here and here, on Instagram here and on Steemit here with a similar claim.

Reverse image searches on Google and Yandex found the photo has previously been published on several Turkish media reports and religious websites about the tomb of the Prophet Muhammad's companion in the Turkish city of Diyarbakir.

Translated to English, the Turkish-language headline reads: "In Diyarbakir's Sur, inside the Mosque of Suleyman".

The first paragraph of the article reads: "Hz Suleyman, which is one of Diyarbakir's most important spiritual places, was built by Nisanoglu Ebul Kasim between 1115 and 1160. It goes by three names: Nasiriye Mosque, Hz Suleyman Mosque and Citadel Mosque. Next to the mosque, lay the remains of 27 Companions (of the Prophet), including Suleyman Ibn-i Halid, who were killed in this area during the conquest of Diyarbakir, and the remains of 13 Companions who were killed elsewhere in Sur. The conquest of Diyarbakir started during Umar's times from the area where the mosque now stands."

Below is a screenshot of the Evliyalar.net article: 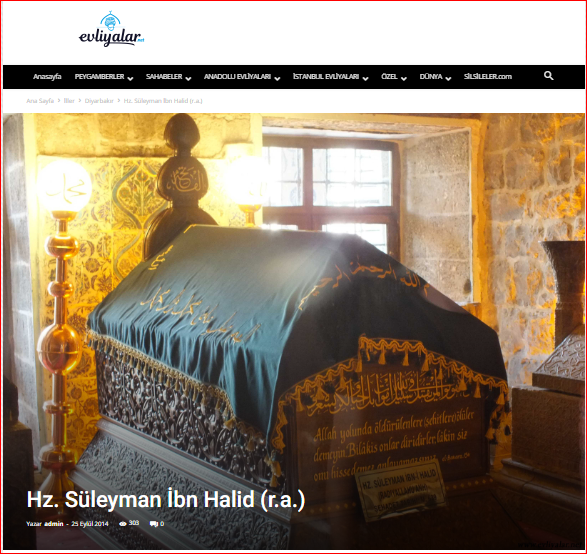 The Turkish text on the photo translates to English as: "His Majesty Suleyman Ibn Halid (may Allah be pleased with him)."

The metal plate on the photo reads: "His Majesty Suleyman Ibn-i Halid
(May Allah be pleased with him
Year of death: 639."

Hz Suleyman Mosque, or Hazrat Suleiman Mosque, is located in the Turkish town of Diyarbakir.

Also Read: Misleading Video Claims US Embassy Has Warned Of Attacks In Myanmar

The same photo has also appeared in this 2019 article about the tomb at Hazrat Suleiman Mosque in Diyarbakir, published by local news outlet Guneydogu Ekspres.

This Google Maps image tagged to the location of the mosque corresponds with the photo seen in the misleading post and the blog post. 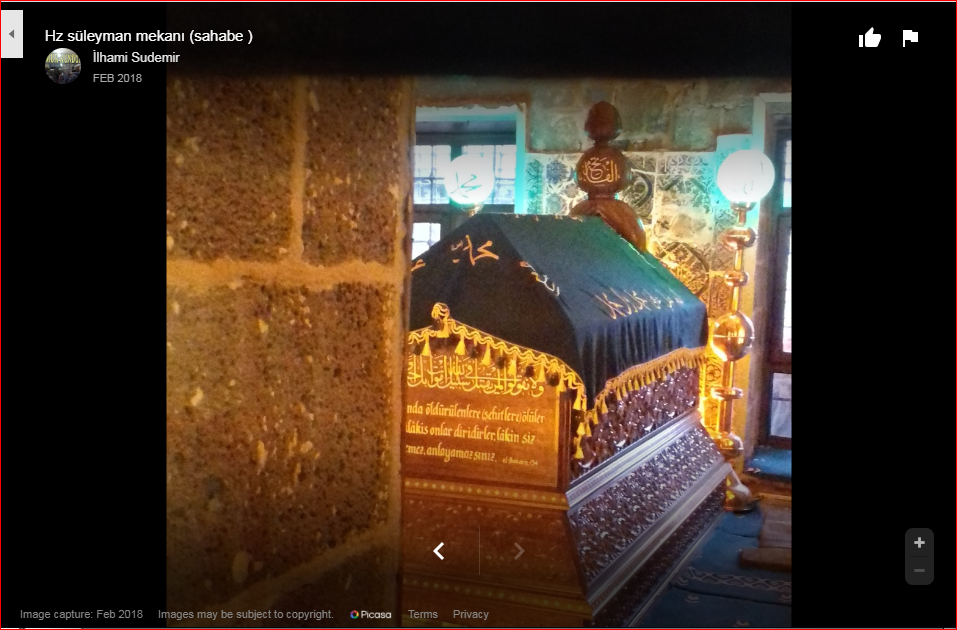 Google Maps image tagged to the location of the mosque