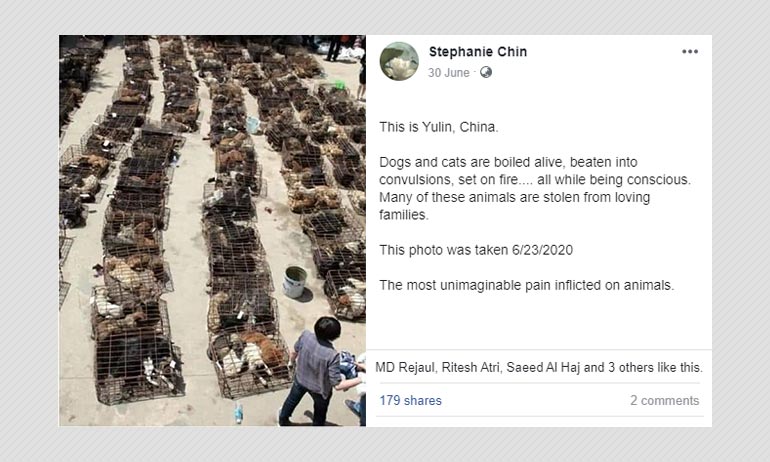 The photo was published here on Facebook on June 30, 2020. It has since been shared more than 180 times.

The post's caption reads, in part: "This is Yulin, China. / Dogs and cats are boiled alive, beaten into convulsions, set on fire.... all while being conscious. Many of these animals are stolen from loving families / This photo was taken 6/23/2020."

Yulin is a city in southern China's Guangxi province, which hosts an annual dog meat festival during the summer solstice. Here is an AFP report of the 2020 festival, which went ahead in late June despite the COVID-19 pandemic.

A reverse image search of the photo in the misleading posts found a similar photo published in this April 26, 2012, article by the US news outlet Huffington Post, headlined: "Caged Chinese Dogs Saved From Cooking Pot After Animal Rescue Steps In (PICTURES)".

The report reads, in part: "Chinese activists have rescued hundreds of caged dogs that were due to be slaughtered and served up in restaurants.

"The activists intercepted a truck carrying the desperate cargo on a motorway in Yunnan Province. On board were found more than 550 dogs packed into around 150 small cages."

The photo in the report is credited to Rex Features, a UK-based photo agency now called Shutterstock Editorial.

A subsequent search found the photo published here on the Shutterstock Editorial website. 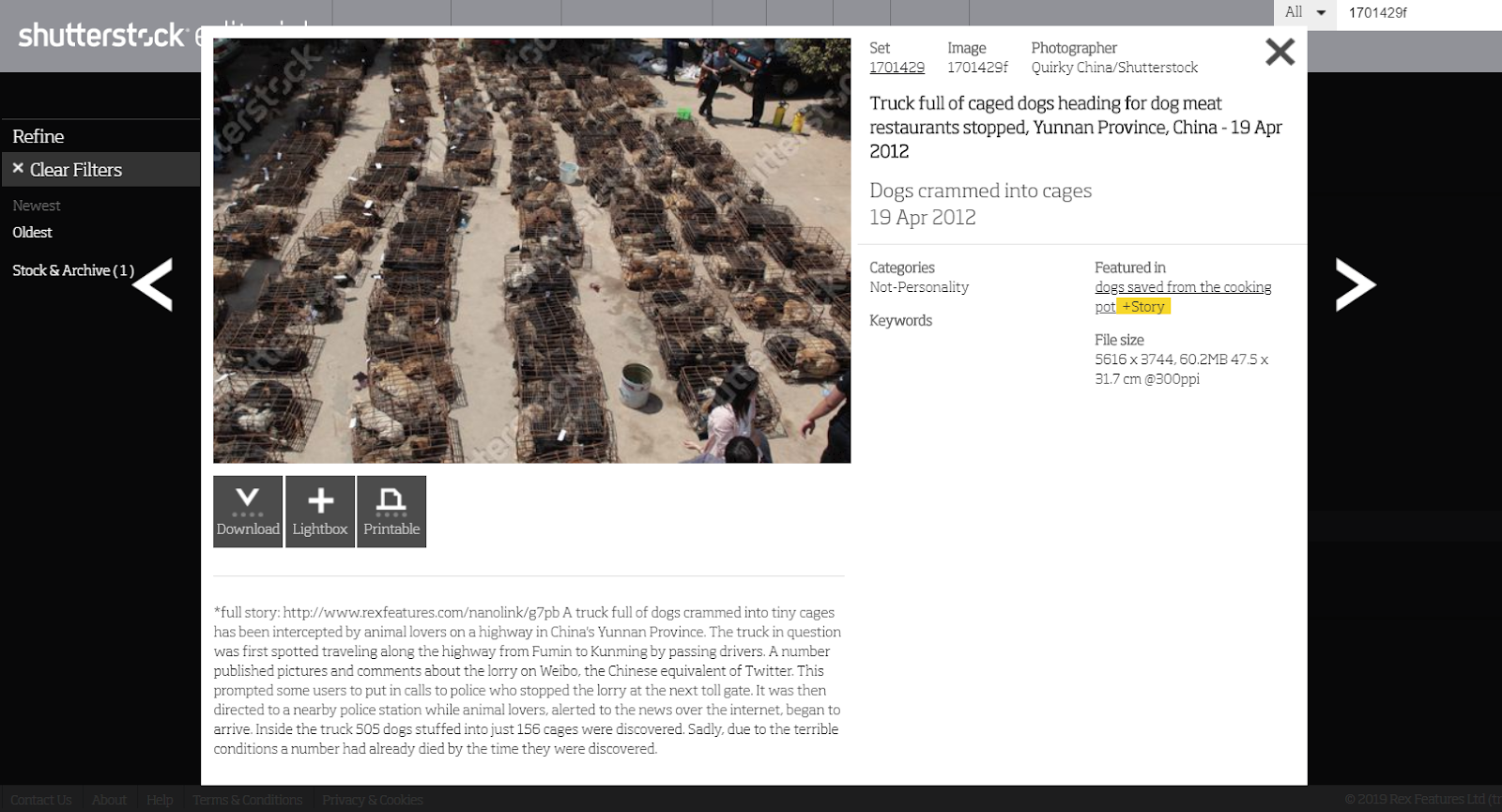 A screenshot of the photo on the Shutterstock Editorial website

Yunnan is a province in southern China.

Below is a screenshot comparison between the photo in the misleading post (L) and the Shutterstock Editorial photo (R) – AFP has circled identical parts in red:

The incident was also reported by the Yunnan-based news website GoKunming here on April 24, 2012.