A video of a police officer beating a woman while she carries a child in her arms has been viewed millions of times in multiple posts on Facebook and Twitter alongside a claim that the incident happened in India. The claim is false; the footage has previously circulated in reports about an incident at a protest in Nepal.

The nine-second footage was published here on Facebook on February 29, 2020. It has been viewed more than two million times and shared more than 34,000 times.

The post's Indonesian-language caption translates to English as: "Are They This Bad 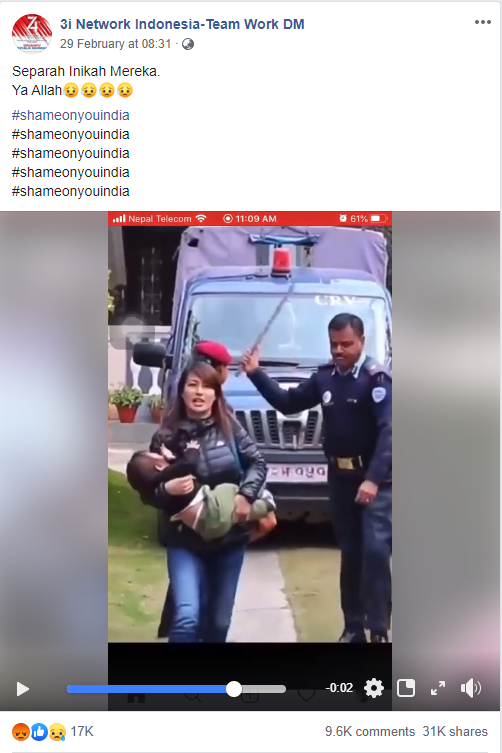 Delhi has recently seen its worst sectarian violence in decades. At least 50 people have been killed in clashes triggered by months-long protests against Prime Minister Narendra Modi's citizenship law. Critics claim the law discriminates against Muslims. This is an AFP report about the violence.

Delhi police have been accused of beating up protesters during the violence, as reported here by Indian news site Scroll.in.

The same footage also appeared with a similar claim on Facebook here, here, here and here; as well as on Twitter here and here, where it has been viewed more than 9,600 times.

The claim is false; the video previously appeared in media reports about a police officer who baton-charged a woman at a protest in Bhaisepati, in Karyabinayak municipality, Nepal, in February 2020.

An AFP journalist at the Kathmandu bureau translated the video's title from Nepali to English as: "Mala Shah – Police bullying inside the general's house. Mala, Hema and baby hit with batons. Hema Shrestha".

The footage in the misleading post can be seen at the beginning of the video and at the eight-minute 30-second mark.

The woman who was baton-charged by the police was identified as Hema Shrestha. After she was beaten, at the 11-minute mark, the woman shouted in front of a crowd questioning the police's action. She said: "Why did the police beat me? Did I commit any crime? Have killed anyone? Should they catch the criminal or be unjust towards the victim?"

ALSO READ: Is This How The Coronavirus Looks Magnified 2,600 Times? A FactCheck.

The officer who beat the woman was interviewed at the 11-minute 19-second mark, saying: "What option is there when they refuse to cooperate with the police and forcefully enter someone else's house?" 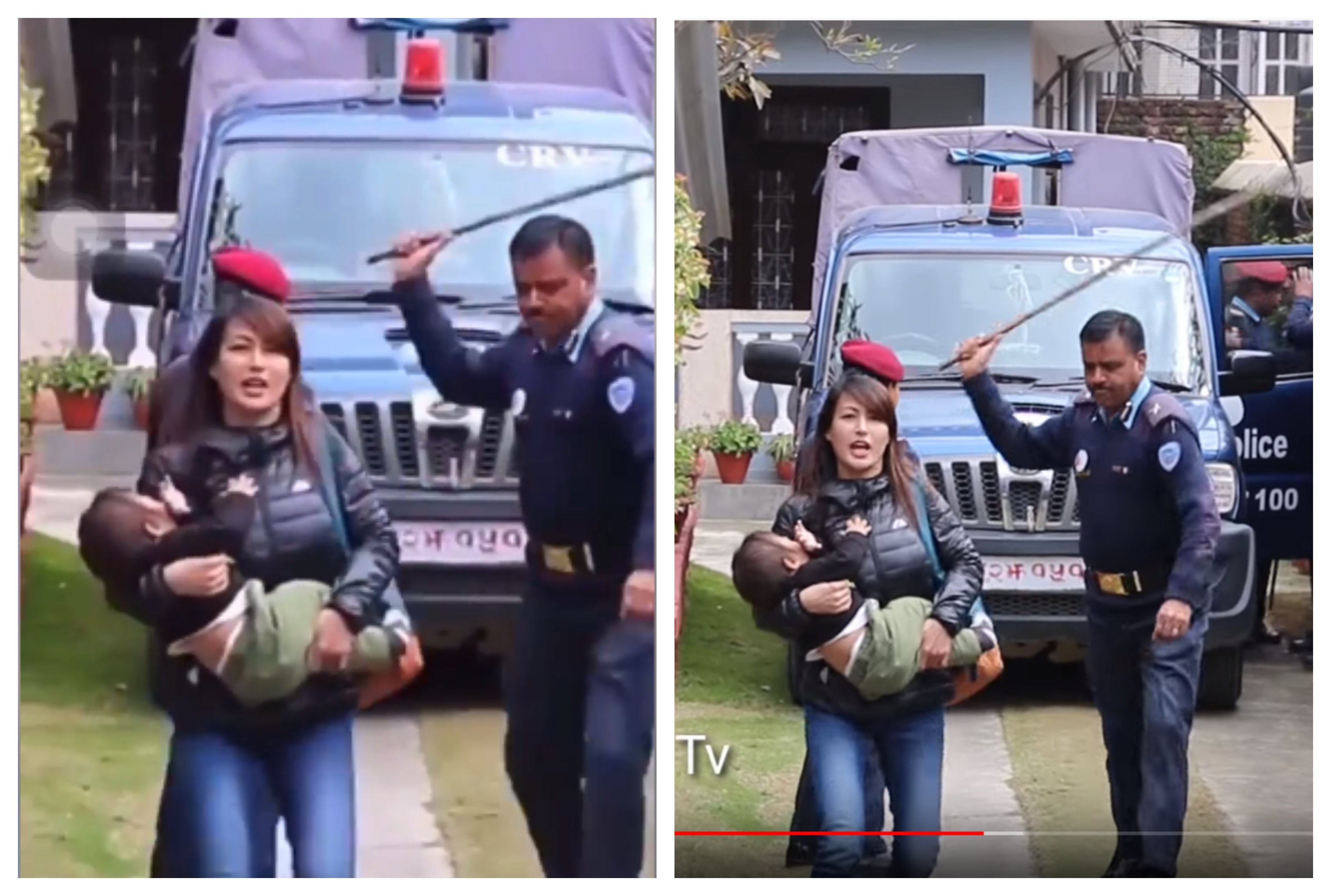 The Kathmandu Post, a local English-language newspaper, published this report about the protest on February 28, 2020, headlined: "Video of police officer baton charging a woman carrying a child outrages the public."

The fifth paragraph of the article reads: "According to police, the incident took place on Thursday at the Bhainsepati residence of Hem Khatri, a retired Nepal Army general, where a group of women had gathered to protest, 'demanding justice' for a woman, identified as Mala Shah, who has alleged that she was in a relationship with Khatri. Shah began protesting after Khatri allegedly broke off contact with her, according to Senior Superintendent Tek Prasad Rai, chief of the Lalitpur Police. Hema Shrestha, the woman seen being beaten, was there to support Shah in her protest."

Below is the screenshot of the Kathmandu Post's report: 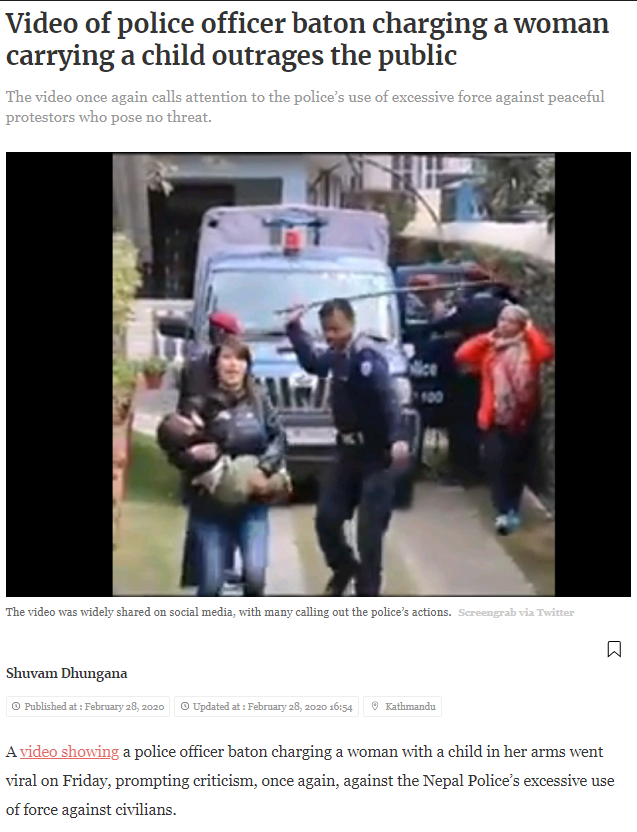 Other Nepali media also published a report about the incident, for example MyRepublica and here and The Nepalese Voice here.