Multiple Facebook posts have shared a photo alongside a claim that it shows coronavirus magnified 2,600 times. The claim is false; the image is a magnified photo of a weevil.

Translated from Indonesian to English, the caption of the post reads: "The look of the coronavirus after being magnified 2,600x, God knows best".

The Arabic text across the top of the photo reads: "The coronavirus outbreak after being magnified 2,600 times." 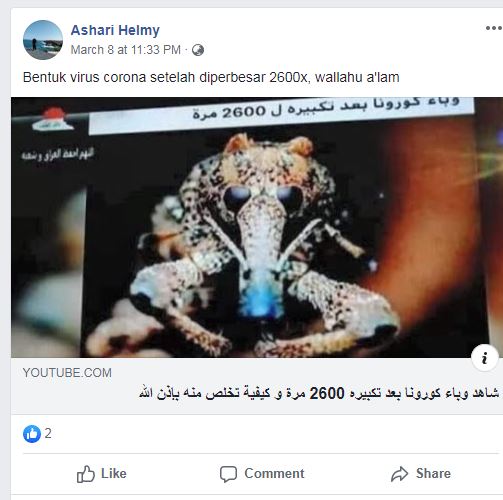 The YouTube link in the post shows a two-minute and one-second video, titled: "Take a look at the coronavirus outbreak magnified 2600 times and how to get rid of it."

ALSO READ: Viral Coronavirus 'Advisory' Is Not From UNICEF

The first four seconds of the video shows a photo of a creature.

Below is a screenshot of the misleading YouTube video: 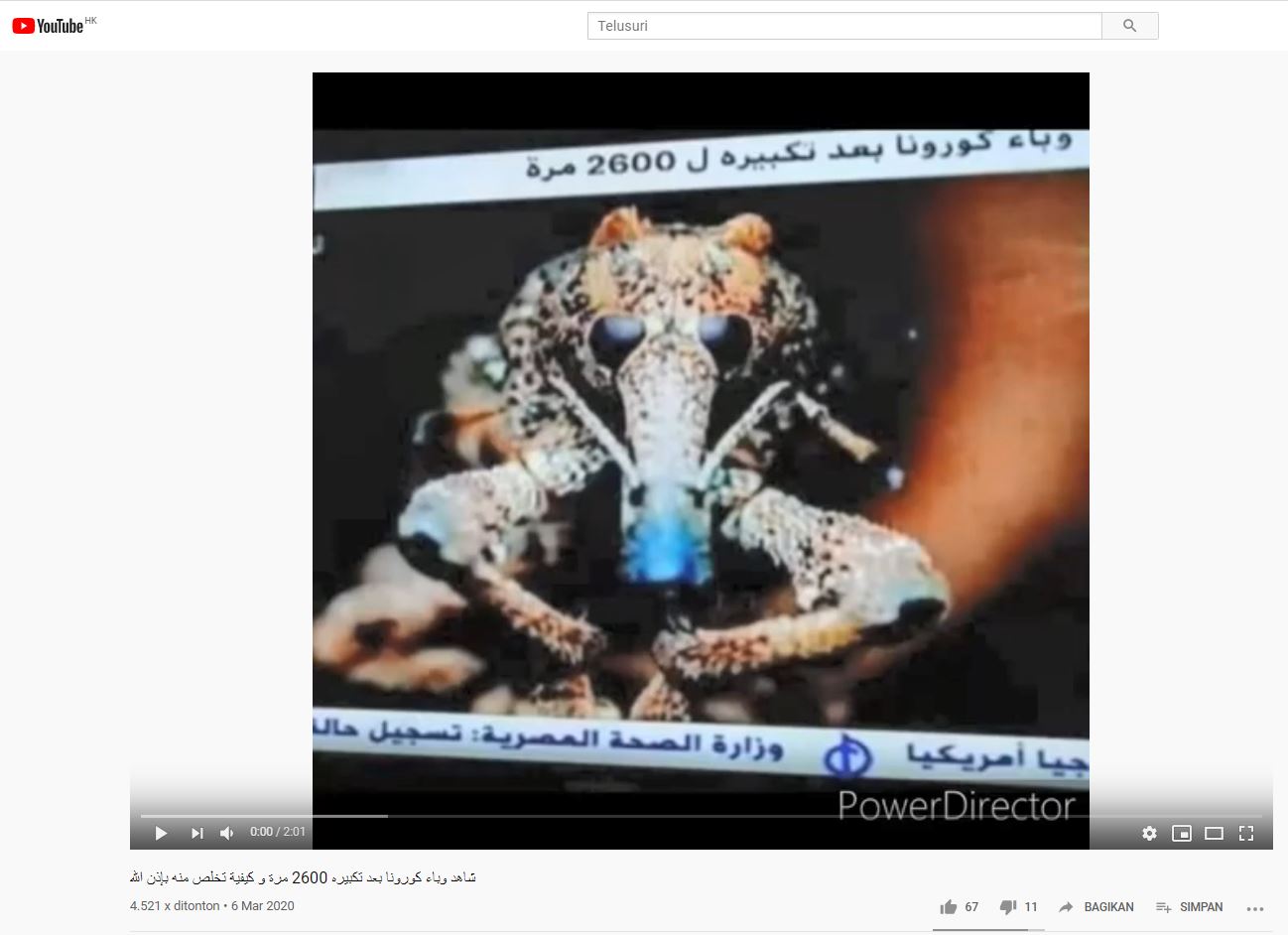 The same photo, along with a similar claim, was also shared on Facebook here, where it was shared almost 80 times before it was removed.

The novel coronavirus has killed more than 4,200 people and infected some 117,000 others in at least 100 countries. The majority of confirmed cases have been in China, where the disease was first identified in late 2019, according to this AFP report on March 11, 2020.

The claim is false; the photo shows a weevil.

The photo's caption reads: "Weevils are from the Curculionoidea superfamily of beetles. They are quite small, measuring less than 6 millimetres (4 inch) and are herbivorous, with a particular love for flour, oats, barley and breakfast cereals."

The same photo was also posted with the same caption on the site's Facebook page here, on February 26, 2020. 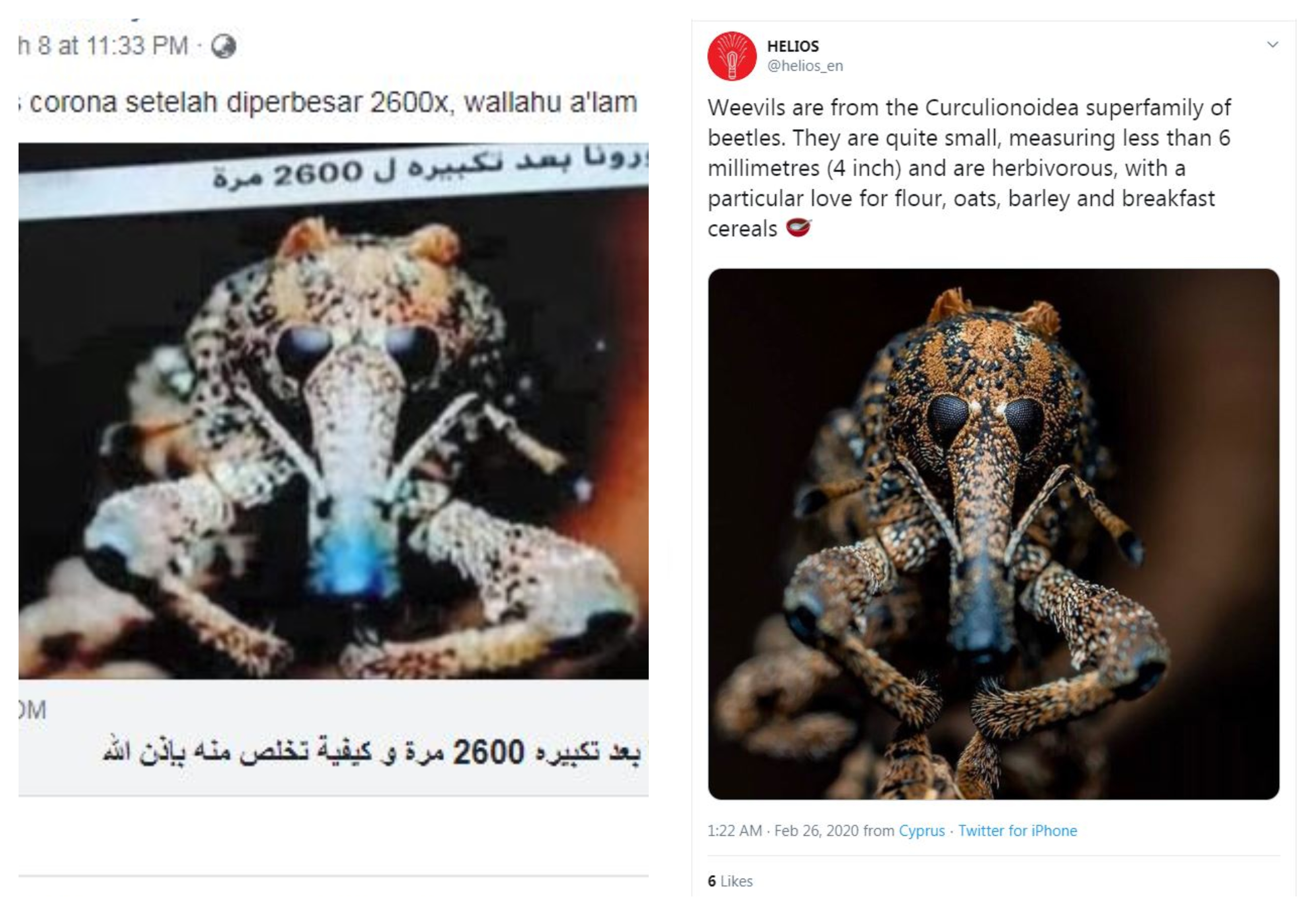 A weevil is not a virus. It is a type of insect from the family of Curculionidae, according to this article on Encyclopaedia Britannica.

This and this video on the stock image website Shutterstock show similar images of the weevil, with a caption that says: "Tropical weevil from the Ecuadorian Amazon, close-up."