The claim was shared on Facebook here on February 20, 2020 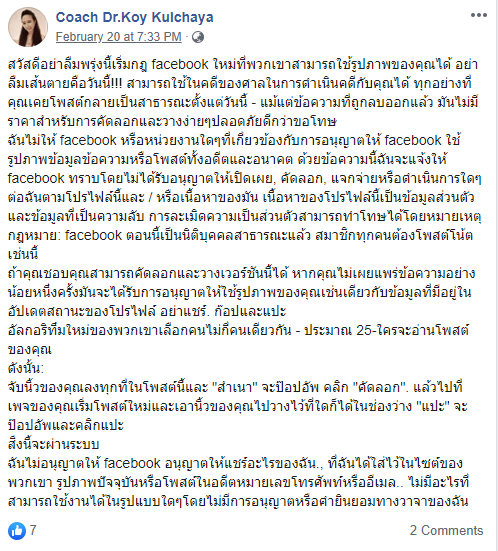 The post's Thai caption translates to English, in part, as: "Don't forget tomorrow will be the first day that Facebook implements the new rule where they can use your photos freely. Your photos can be used in court cases in litigation against you. Everything you've ever posted becomes public from today, even messages that have been deleted or photos that are not allowed to use in public. It costs nothing for a simple copy and paste, better safe than sorry."

ALSO READ: Did A Woman In Sri Lanka Hold A Placard In Support Of A Burqa Ban?

The claim was also shared in English here, here, here and here on Twitter.

"I can confirm that the viral post in question is not true," Manaschuen 'Tukata' Kovapirat, Facebook's communications manager for Thailand and Laos, told AFP via email on February 24, 2020.

ALSO READ: Govt Requests For User Data From Facebook At An All Time High Of 22,684

In a Facebook community help forum on January 28, 2019, the platform also said claims of such a new policy circulating were "likely a scam".

"I'm sorry to hear that you experienced this and thank you for sharing your question with the Community," Facebook said. "It sounds like the message you saw is likely a scam."

Below is a screenshot of the post on the forum: 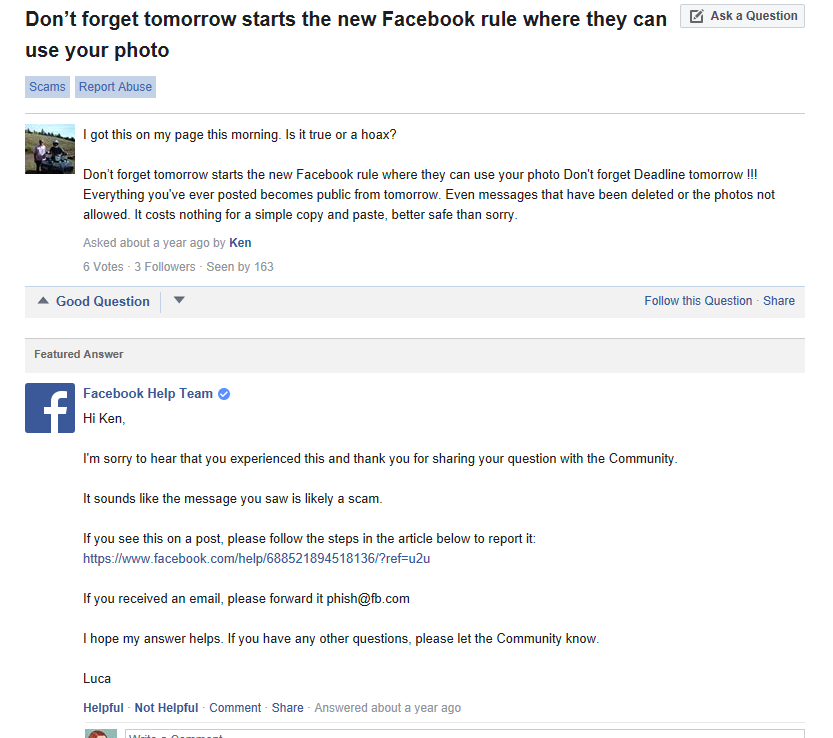 The article's headline translates to English as: "Facebook says viral post 'Rules for using images or information' is not true. Users can set Privacy settings in the system."