A video featuring aerial shots of futuristic skyscrapers, giant bridges and other architectural landmarks has been shared thousands of times on Facebook with claims that it shows Wuhan, the central Chinese city where the novel coronavirus pandemic emerged in December 2019. However, AFP found the video is a compilation of shots from various Chinese cities but not Wuhan.

The captions accompanying the video - which is being shared on social media in several countries including Nigeria, Slovakia and the Czech Republic - say that the footage represents Wuhan.

The version shared on March 27 by a Nigerian YouTube channel (archived here) is captioned "Watch: How Beauty is WUHAN City In China, Before The COVID 19 (sic)". It was shared more than 1,200 times on Facebook, according to data from social media monitoring tool CrowdTangle. 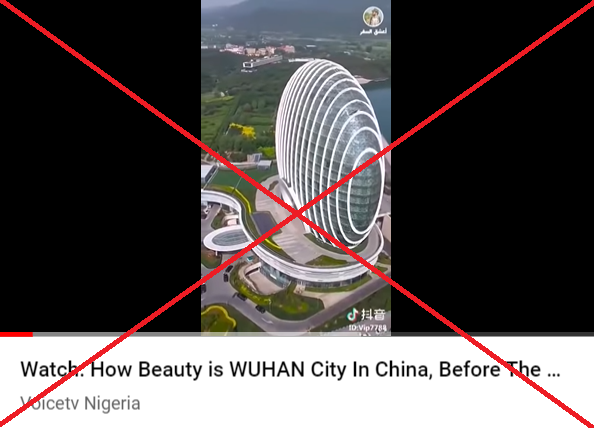 In Slovakia, the video was first shared on March 25, 2020 by the vice-chairman of the Communist Party, Jalal Suleiman. His post reads: "This is the Chinese city of Wuhan, the first place struck by coronavirus. Yes, this is Communist China. I do not know why the West, to which we have been pushed for the past thirty years, claims to be the top of the civilized world. East we are, friends, and to the East we shall turn."

These two versions of the video were shared by more than 6,500 Facebook users.

What the video actually shows

The claim that the video shows the city of Wuhan is false.

It is actually a compilation of aerial shots from across China and taken from multiple sources. Some of the footage was taken from the Chinese version of the video-sharing platform TikTok, called Douyin, while other parts were taken from Twitter or from years-old YouTube videos.

After an extensive online search, which included the use of reverse image search tools and maps, AFP was able to identify all the skyscrapers, which are all located in China, but none in the city of Wuhan. We were also able to track down most of the other landmarks and highways, which are also located in other Chinese cities.

Wuhan, home to around 11 million people, saw the epidemic claim more than 3,800 lives there. It has a number of its own modern skyscrapers, but none were featured in this video.

Here are the locations of the buildings and landmarks shown in the video: 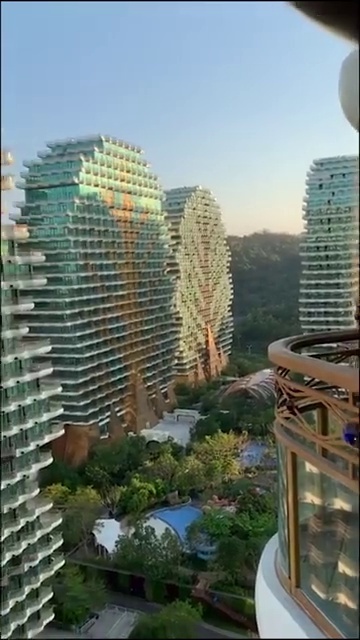 This building is the Beauty Crown Grand-Tree Hotel in the city of Sanya on China's southern island of Hainan. It consists of nine buildings resembling trees and contains theatres, bars and restaurants. 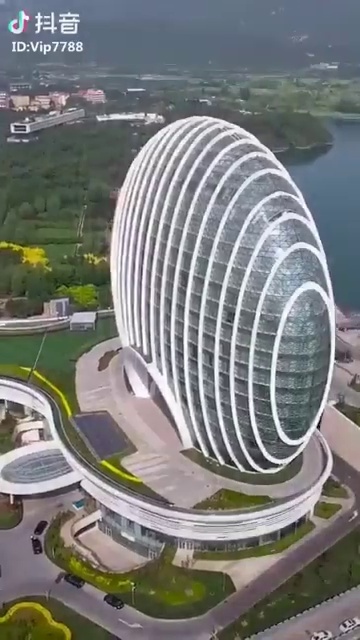 This is the Sunrise Kempinski Hotel on Yanqi Lake, around 70 kilometres northeast of Beijing in Huairou district. 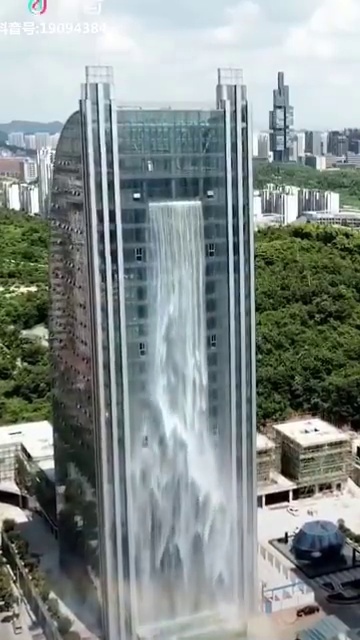 This artificial waterfall stands 108 metres tall on the outside of the Liebian Building in Guiyang, the capital of Guizhou province in southern China. This is the Sheraton Huzhou Hot Spring Resort, nicknamed "Horseshoe Hotel". It lies on the shore of Lake Tai in the city of Huzhou, not far from Shanghai. This is the 604-metre Canton Tower on the banks of Pearl River in Guangzhou, in southern China. In the background of the picture, on the northern side of the Pearl River, we see the Guangzhou CTF Finance Centre and Guangzhou International Finance Centre. 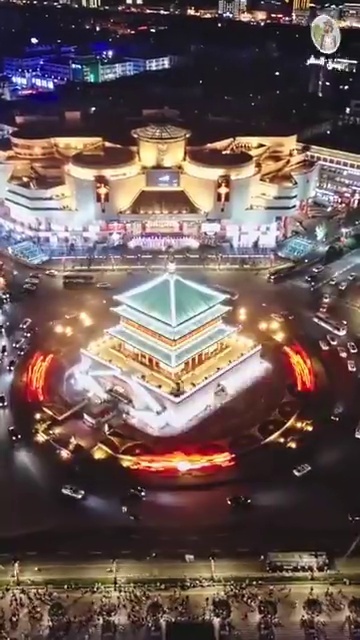 This pagoda is in the ancient city of Xi'an, one of the former Chinese capitals. It is called Bell Tower and was built in 1384 during the Ming dynasty. Together with the neighbouring Drum Tower, which is also featured in the video, these are somes of the most famous sites of Xi'an. 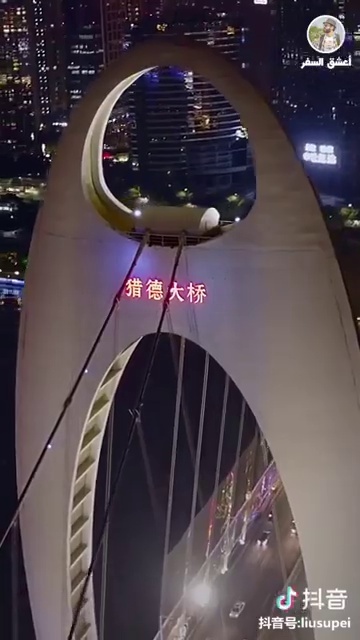 This is the Liede Bridge in Guangzhou. Opened for traffic in 2009, it crosses the Pearl River and connects the Tianhe district with Haizhu district. 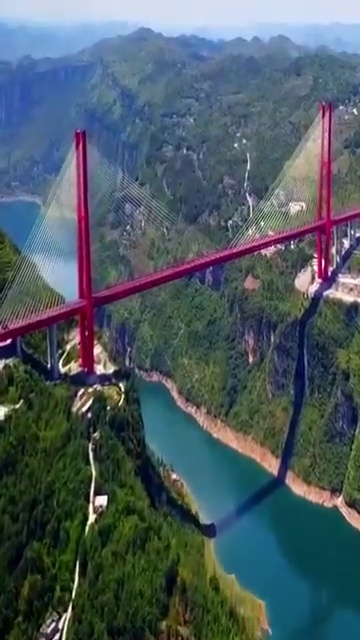 The Yachi River Bridge spans 800 metres of motorway in the province of Guizhou. 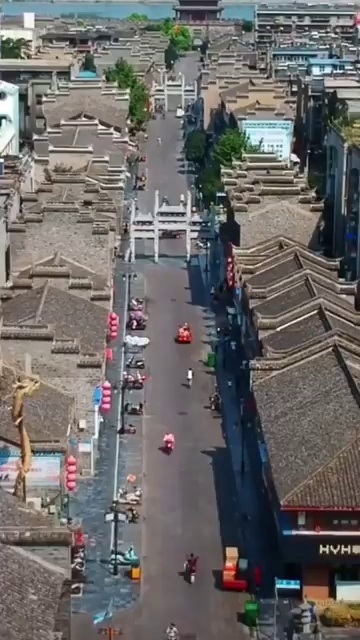 This street is in the city of Xiangyang in Hubei province. Taking note of features like the "HVH" sign in the lower right corner and what appeared to be a golden dragon statue in the lower-left corner, we were able to identify the street using Baidu maps. 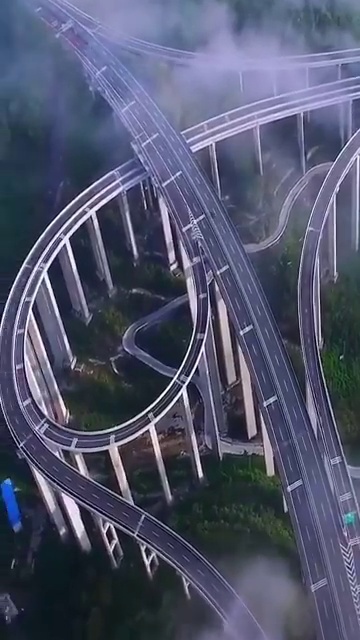 Finished in 2017, this is Shijiazhai Bridge, a part of the Yongshun-Jishou expressway in Hunan province. 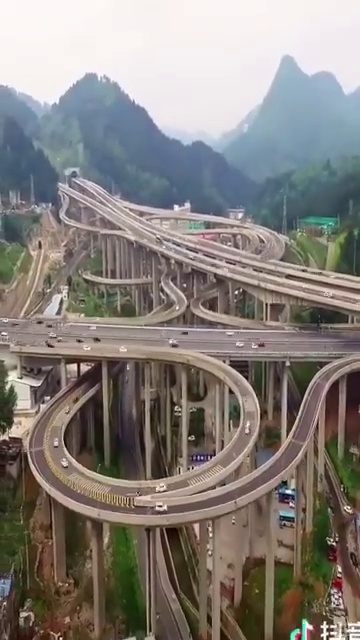 This is the Qianchun Interchange in the southern city of Guiyang. 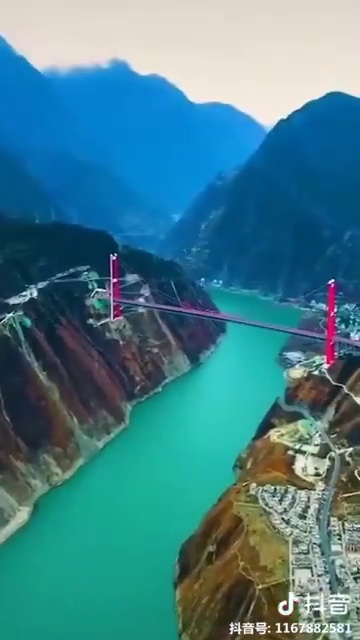 This is Xingkang bridge on the Ya'an-Kangding expressway in southwestern Sichuan province. 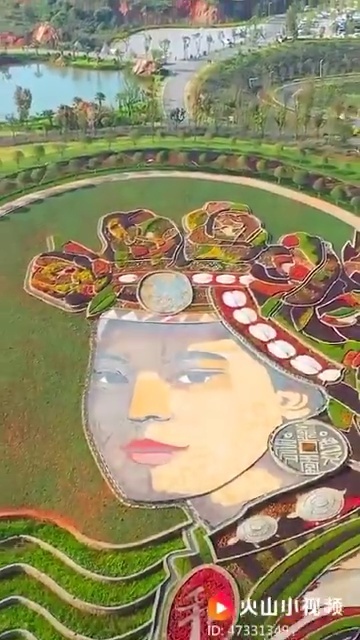 This is part of a 15-second clip originally uploaded to Facebook in November 2018 by the People's Daily, the official newspaper of the Central Committee of the Communist Party of China. It features a giant portrait of "an ethnic minority girl" made out of flowers in the mountains of Yunnan province. 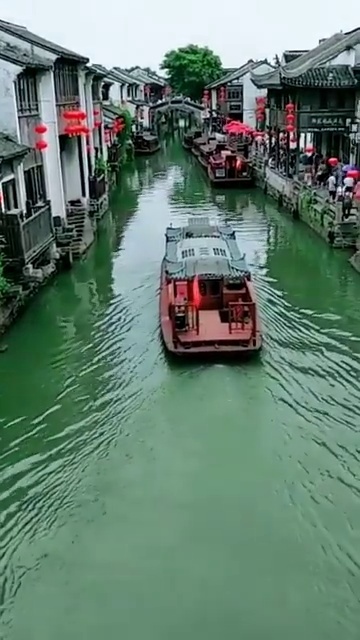 Sometimes dubbed the "Venice of the East", Suzhou in Jiangsu province lies between the Yangtze river and Lake Tai and draws tourists from all over the world.

Our team of international fact-checkers has not yet been able to identify the location of these illuminated rooftops which appear around the 2:10 mark in the video. AFP's Hong Kong and Beijing bureaus suggested the image could show Yuyuan Garden in Shanghai or Hankouli building complex in Wuhan (satellite map). However, AFP Fact Check was unable to verify this. 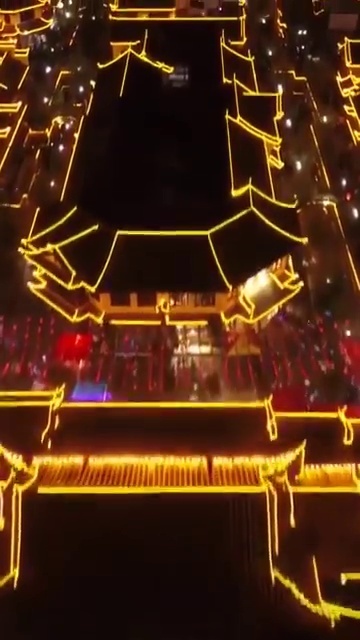 If you know where these illuminated rooftops are located, get in touch!

Claim :   Landmarks in Wuhan before COVID-19 pandemic.
Claimed By :  YouTube
Fact Check :  False
COVID-19 COVID 19 Wuhan China Coronavirus Coronavirus China COVID-19 Crisis COVID Disease Coronavirus fake news
If you value our work, we have an ask: Our journalists work with TruthSeekers like you to publish fact-checks, explainers, ground reports and media literacy content. Much of this work involves using investigative methods and forensic tools. Our work is resource-intensive, and we rely on our readers to fund our work. Support us so we can continue our work of decluttering the information landscape. BECOME A MEMBER
📧 Subscribe to our newsletter here. 📣You can also follow us on Twitter, Facebook, Instagram, Youtube, Linkedin and Google News