Posts on social media claim that a "Spanish biological researcher" called on international soccer stars Cristiano Ronaldo and Lionel Messi to find a cure for COVID-19 since they earn much more money than scientists. However, the accompanying photo shows a Spanish politician speaking in April 2018, well before the novel coronavirus outbreak.

"A Spanish biological researcher: 'You give the footballer €1 million euros a month & a biological researcher €1,800 per month, and you are now looking for a Coronavirus treatment. Go to Cristiano Ronaldo or Messi & they will get you a cure,'" a Facebook post reads, purportedly showing the researcher.

Posts making the claim have been shared thousands of times on social media since at least March 17, 2020, including on Facebook here, here and here, on Instagram here and on Twitter here. 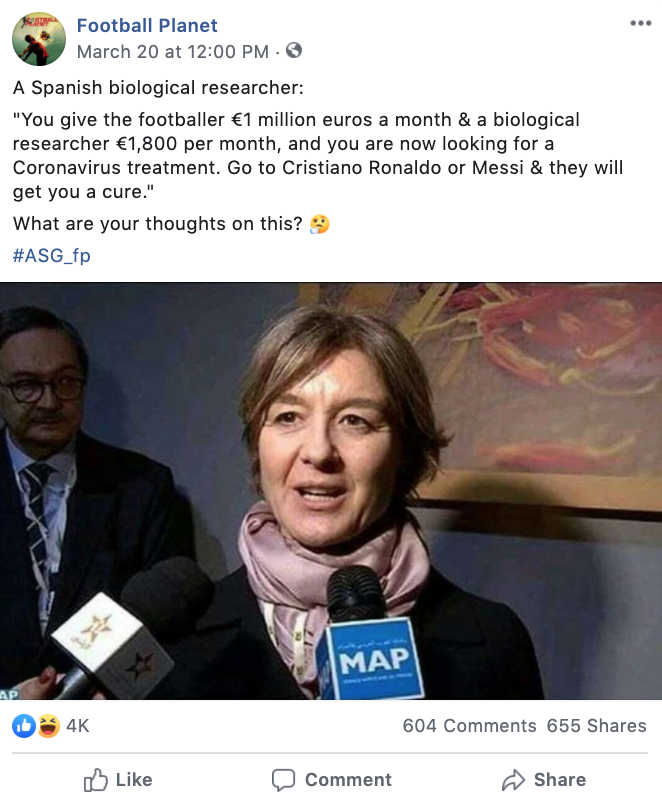 By conducting a Google reverse image search, AFP found a press release with the same photograph, published on a Moroccan government website in April 2018, well before the emergence of the novel coronavirus in December 2019 in the Chinese city of Wuhan.

The woman in the photograph is identified as Isabel Garcia Tejerina, Spain's then-minister of agriculture and fisheries, food and environment, who had visited the country for a meeting with her Moroccan counterpart.

One of the microphones in the photo is from the MAP, Agence Marocaine de Presse (Moroccan Press Agency) and the other is from broadcaster Al Maghribiya's Channel 1, based on the logos of the news agencies.

On MAP's YouTube channel, a video of the interview that corresponds with the image is available, published April 24, 2018. It identifies the interviewee as Garcia Tejerina. 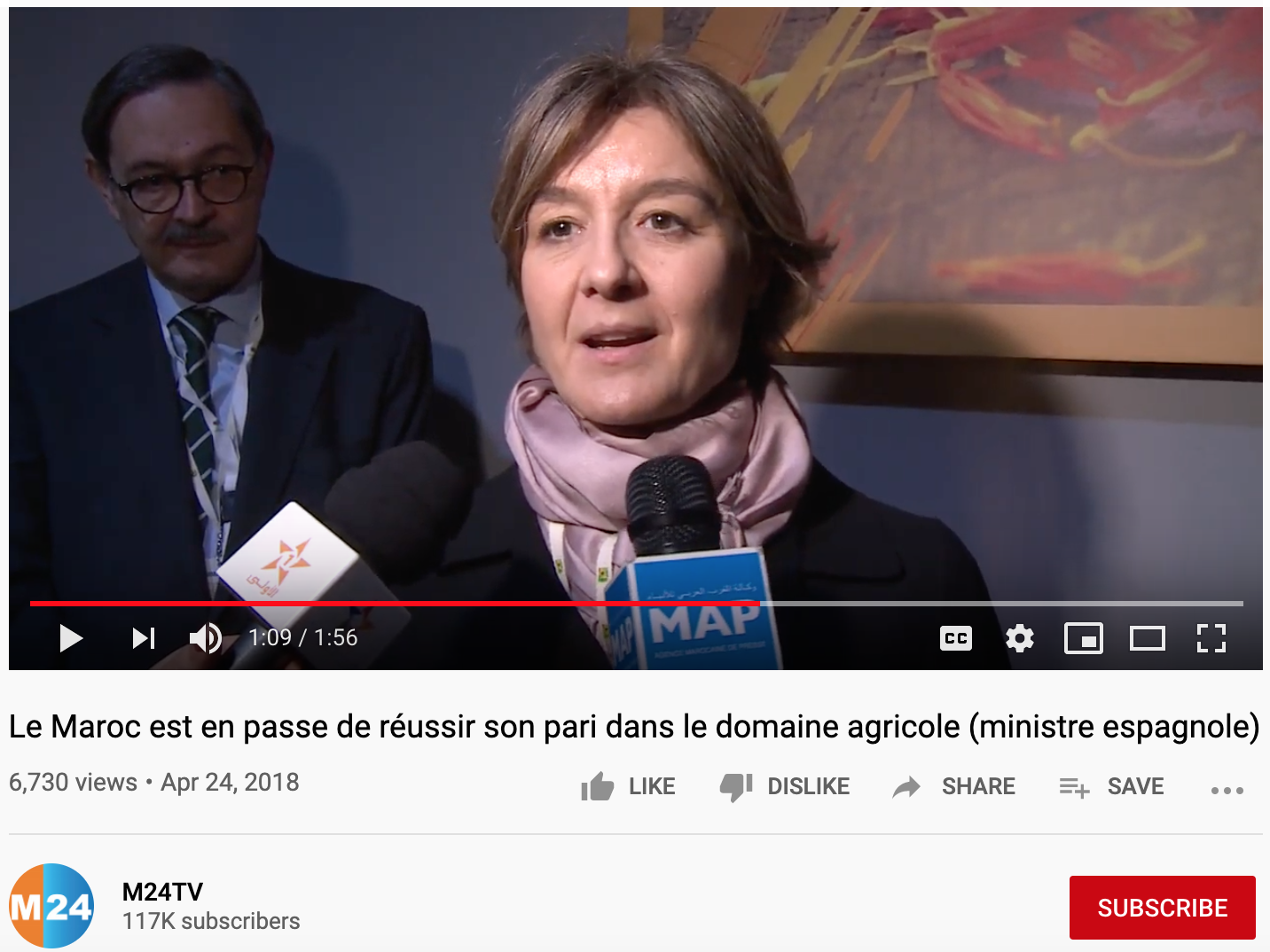 In the interview, the minister speaks in French about the collaboration between Spain and Morocco in the agriculture sector and points out that the results presented by her counterpart "are the reflection of the success of this plan for modernization of the sector: an increase in production, an increase in exports, an increase in agriculture's contribution to the wealth of Morocco."

ALSO READ: No, China And Japan Are Not Free Of The Novel Coronavirus

Garcia Tejerina, an agricultural engineer and lawyer, left her position as minister in June 2018 after the government change in Spain, a few months after her visit to Morocco. Since 2019, she has been the Spanish parliament deputy for Madrid and a deputy secretary for the Popular Party (PP).

AFP Fact Check reached out to Garcia Tejerina via Twitter for comment but has not received an official response as of the publication date.