Footage purporting to show a group of New Zealanders who recently gathered to learn how to perform Islamic ablution has been viewed more than one million times on Facebook, Twitter and YouTube. The claim is false; the video has circulated online since early 2019 about a Friday prayer and solidarity event held in Christchurch, New Zealand, a week after a deadly mosque shooting in March 2019.

The Indonesian-language caption translates to English as: "Latest news from NEW ZEALAND
Subhanallah ,,,, the people of New Zealand learned to perform Wudu.
And Gather in a Field.
They began to study and explore Islam

If Allah Wills,,! All can happen.
Allahu Akbar !!!
Truly Allah Turns the Hearts of Men." "Subhanallah", which means "Glory be to Allah", is usually used by Muslims to express amazement or praise.

Wudu is an Islamic ablution ritual performed with the intent of purification or dedication.

ALSO READ: Does This Video Show A Series Of Landmarks In Wuhan? A Fact Check

The video has been watched more than 14,000 times after it was posted with similar claims in April 2020 here, here and here.

The claim, however, is false. The video corresponds with news reports about a Friday prayer and solidarity event in Christchurch, New Zealand, where participants paid respect to victims of a deadly mosque shooting in March 2019.

A reverse image search on Yandex found the same clip posted here on Twitter on April 5, 2019.

The tweet reads: "Another Juma prayer in New Zealand. Look at the number of non-Muslims who gathered to express solidarity with Muslims. #ChristchurchAttack".

New Zealand was shook by the worst modern mass shooting in its history on March 15, 2019, when a lone gunman attacked two mosques in Christchurch during Friday prayers and killed 51 worshippers, AFP reported here.

Below are two sets of screenshot comparison between scenes in the misleading footage (L) and the Twitter video (R): 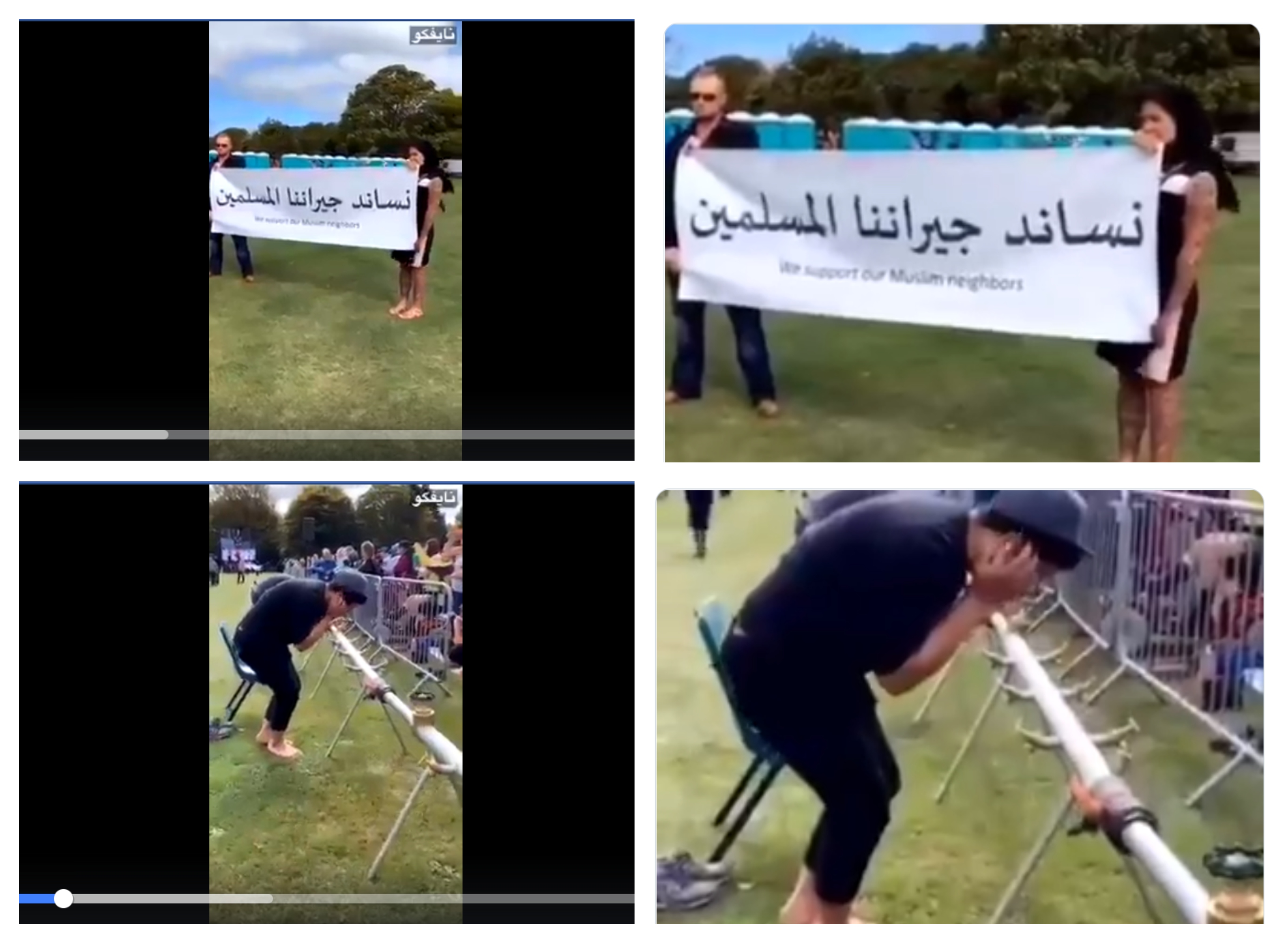 The video in the misleading posts matches reports about a Friday prayer and solidarity event held in Christchurch on March 22, 2019, one week after the mosque shooting.

This AFP report, published on March 22, 2019, described a scene in the misleading video: "One banner held by two people next to where Muslim men were washing ahead of prayers simply read: 'We support our Muslim neighbours.'"

The AFP journalist who reported on the event also confirmed the footage was from the Friday prayer event that day.

The video in the misleading posts also corresponds with this March 22, 2019, footage posted on the Guardian's YouTube channel alongside the title "Thousands gather in Christchurch to mark one week on from deadly Mosque shootings".

At the 1:01:09 mark of the Guardian's video, a man delivering a sermon on stage says: "Thank you to those who brought us food and held us when we found it difficult to stand. Thank you, New Zealand, for teaching the world what it means to love and care."

The same part of the sermon can be heard at the one-minute two-second mark of the misleading video.

The caption of the Guardian's video caption reads: "New Zealand prime minister Jacinda Ardern attends Friday prayers at Hagley Park opposite the Al Noor Mosque, one week after the killing of 50 people in the country's worst mass shooting.

"The call to prayer will be broadcast across New Zealand television and radio and there will be two-minute silence for the victims. Some New Zealanders will wear headscarves in a show of support to Muslim women."

Hagley Park in Christchurch is located opposite of Al Noor mosque, one of the two Islamic houses of worship targeted by the gunman.

The man who delivered the sermon is Al Noor Mosque imam, Gamal Fouda, who can be seen in this AFP video report from March 22, 2019.

The Friday prayer event was also reported by New Zealand radio broadcaster RNZ here on March 22, 2019, with the headline "Public gather at Hagley Park with messages of solidarity."