A video has been viewed tens of thousands of times in multiple posts on Facebook and Twitter alongside a claim it shows the "intact" face of late Iraqi President Saddam Hussein captured during the exhumation some 12 years after his death. The claim is false; this video has circulated online since 2007 in reports about his burial.

The two-minute, 20-second clip shows a close up of a man's face inside a casket.

The post's Hindi caption translates to English as: "The face of Saddam Hussein was intact and glowing even after 12 years, when his body was exhumed to move his grave following the Iraqi president's order."

Saddam Hussein ruled Iraq for more than two decades before he was found guilty of crimes against humanity for the 1982 killing of 148 Shiites in the town of Dujail, and hanged at the military intelligence headquarters in Baghdad in December 2006.

A keyword search on Google found a longer version of the video published here on YouTube on January 6, 2007, with the title "Saddam Hussein Funeral and Burial Ceremony".

Below is a screenshot comparison of the video in the misleading post (L) and the 2007 YouTube video (R): 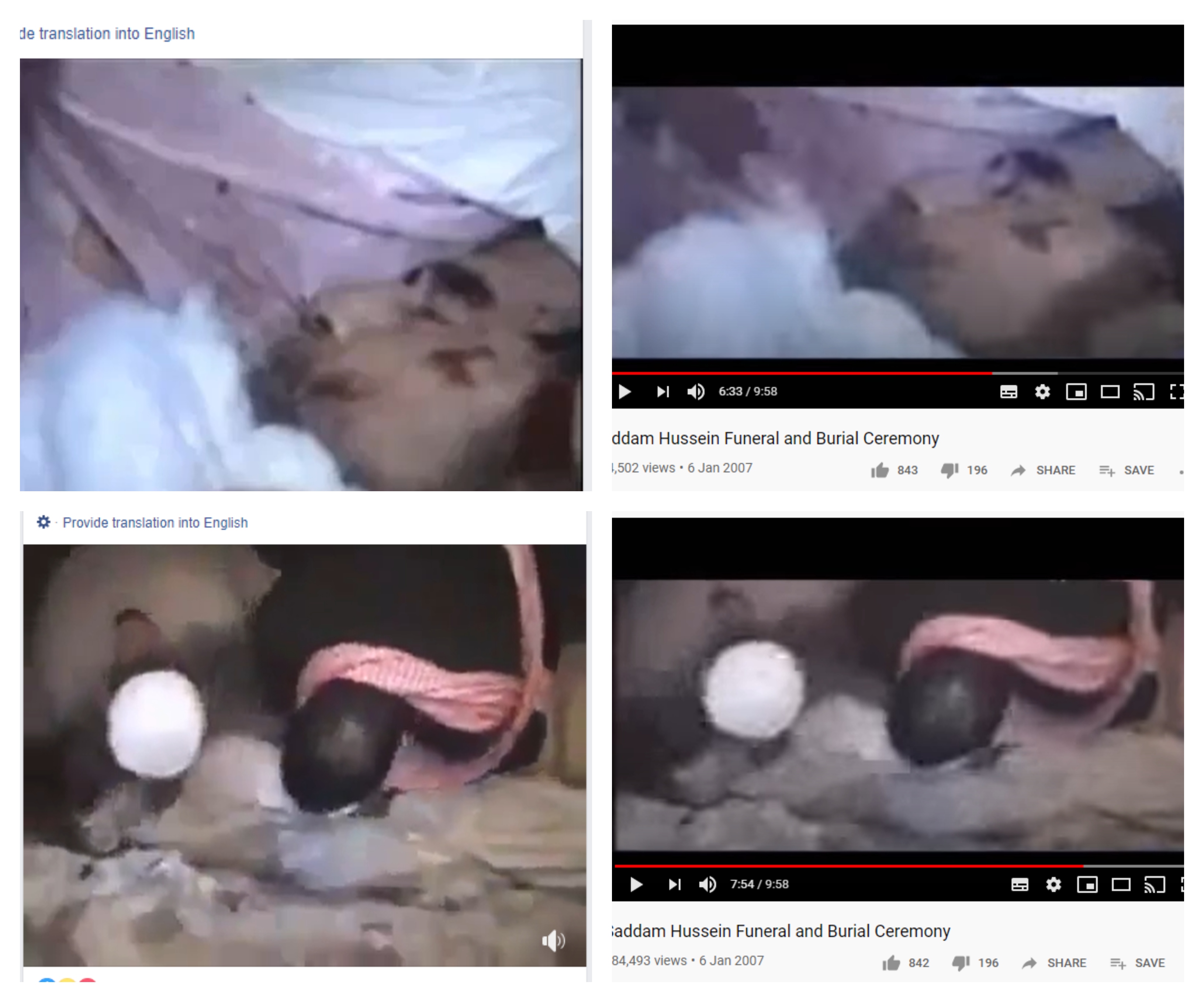 Following his execution, Hussein was buried in a mausoleum he had built for himself in the northern Iraqi city of Tikrit. His grave was later destroyed in an unclaimed strike in 2014 and the whereabouts of his body, including whether it remains in the ruins, remains unknown, as AFP reported here and here.