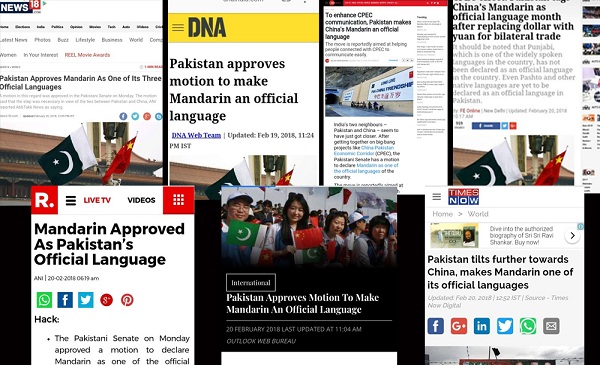 Several Indian media outlets incorrectly reported on Monday that Pakistan's Senate had recognised Mandarin as an official language in the country. The confusion stemmed from a resolution moved in the Senate of Pakistan by senator Khaleeda Parveen on February 16, 2018. The resolution recommended providing Mandarin courses for current and future Pakistani CPEC staff. CPEC stands for the China-Pakistan Economic Corridor. It includes areas ranging from infrastructure to information technology projects that are currently being developed in Pakistan.

Below is a screenshot of the resolution that was to be discussed on Monday from a document tilted 'Senate Secretariat Orders Of The Day' that BOOM was easily able to find. (Click here to view the entire link)

Here 'courses of the Official Chinese Language should be launched' was misinterpreted and misreported as making "Chinese" language official.

The resolution was passed on February 19 . A website named CPEC Info which provides information on CPEC activities said the classes were a joint initiative of the Pakistan-China Institute (PCI) and the JS Group. 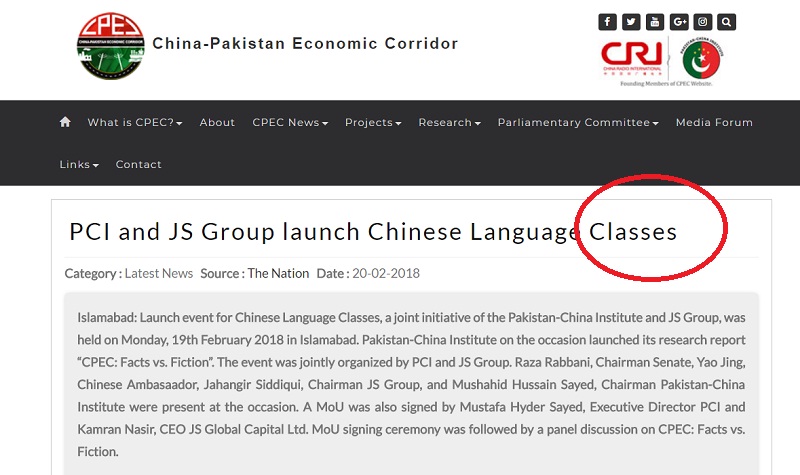 Pakistani Senate approves motion to declare Chinese as 'Official Language'. Not to forget that regional languages of Pakistan face extinction and Senate wants to impose Chinese because of #CPEC? pic.twitter.com/vQsWj5Julf

This was promptly lapped up by journalists across the border in India. Caustic comments were made about the diplomatic ties between Beijing and Islamabad. 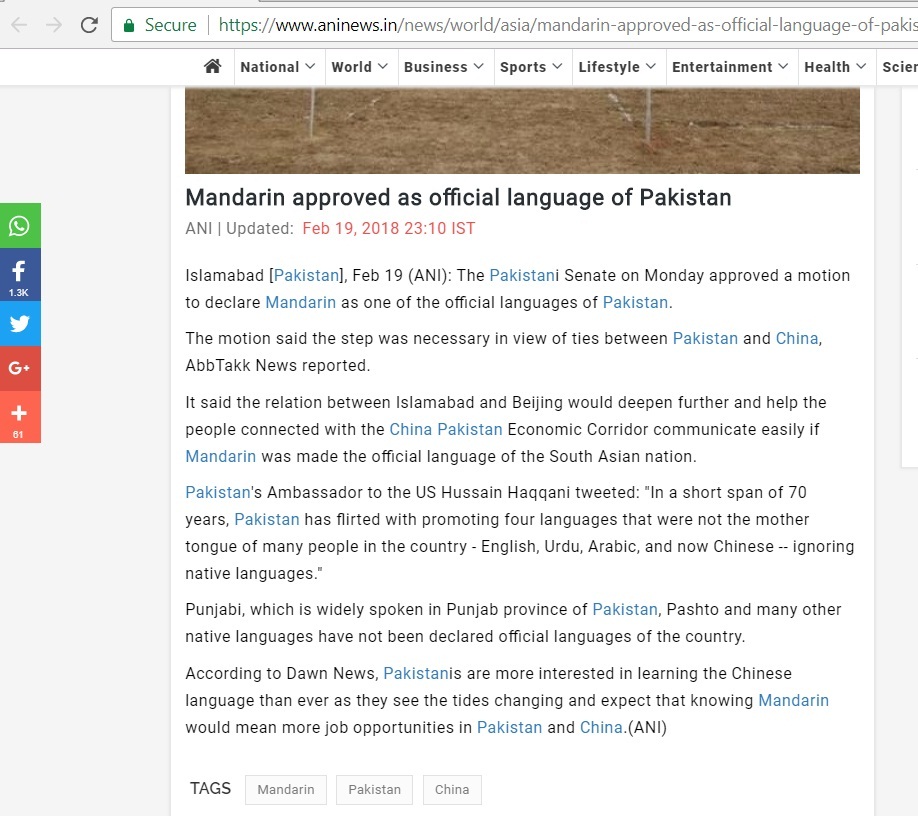 In a short span of 70 years, #Pakistan has flirted with promoting four languages that were not the mother tongue of many people in the country — English, Urdu, Arabic, & now Chinese —ignoring native languages. https://t.co/6y0zKvK20m 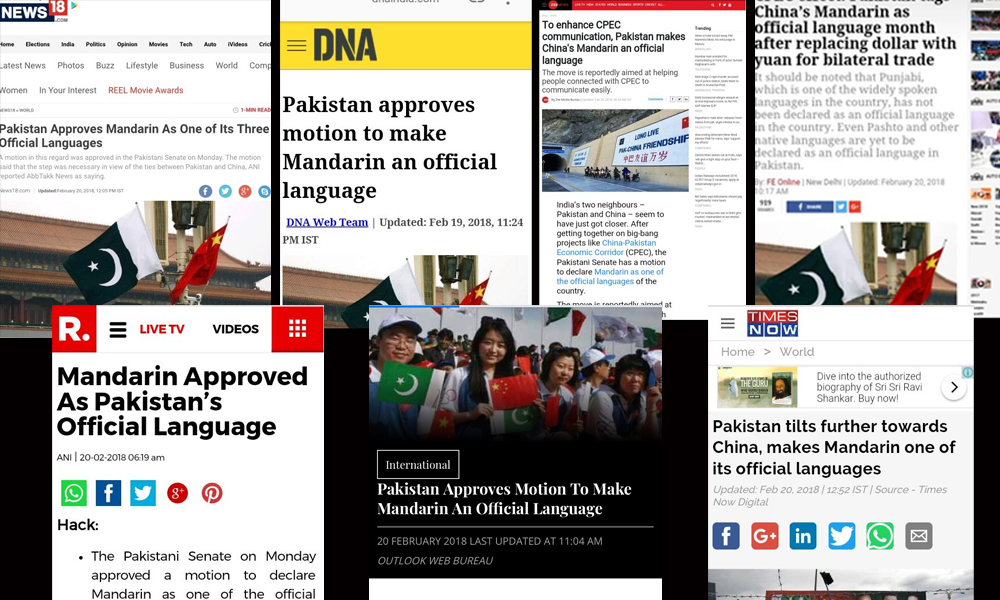 (Correction: This story has been updated to reflect that Hussain Haqqani is a former ambassador)

China CPEC factcheck featured India media Pakistan Twitter
If you value our work, we have an ask: Our journalists work with TruthSeekers like you to publish fact-checks, explainers, ground reports and media literacy content. Much of this work involves using investigative methods and forensic tools. Our work is resource-intensive, and we rely on our readers to fund our work. Support us so we can continue our work of decluttering the information landscape. BECOME A MEMBER
📧 Subscribe to our newsletter here. 📣You can also follow us on Twitter, Facebook, Instagram, Youtube, Linkedin and Google News 📝Stay updated with all our latest fact check stories.