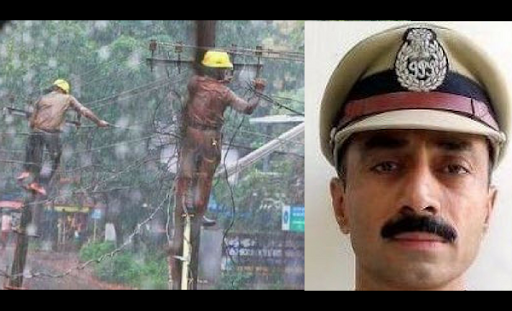 Former IPS Officer, Sanjiv Bhatt shared an image of the Kerala State Electricity Board workers working on a pole to restore electricity even as it was raining heavily. Bhatt also mentioned that the photograph was taken 5 days ago.

Bhatt, knowing for his stringent criticism of Modi post the 2002 Gujarat riots used the image to accuse the Prime Minister of hating the flood hit southern state.

Kerala State Electricity Board workers trying to restore power even while facing heavy rains. This photograph was taken 5 days ago. Now you know why Modi and his Sanghi Thugs viscerally hate Kerala. pic.twitter.com/uzYAVhLfZY

But on a Google Reverse Image Search, we got many results which had the same thumbnail. 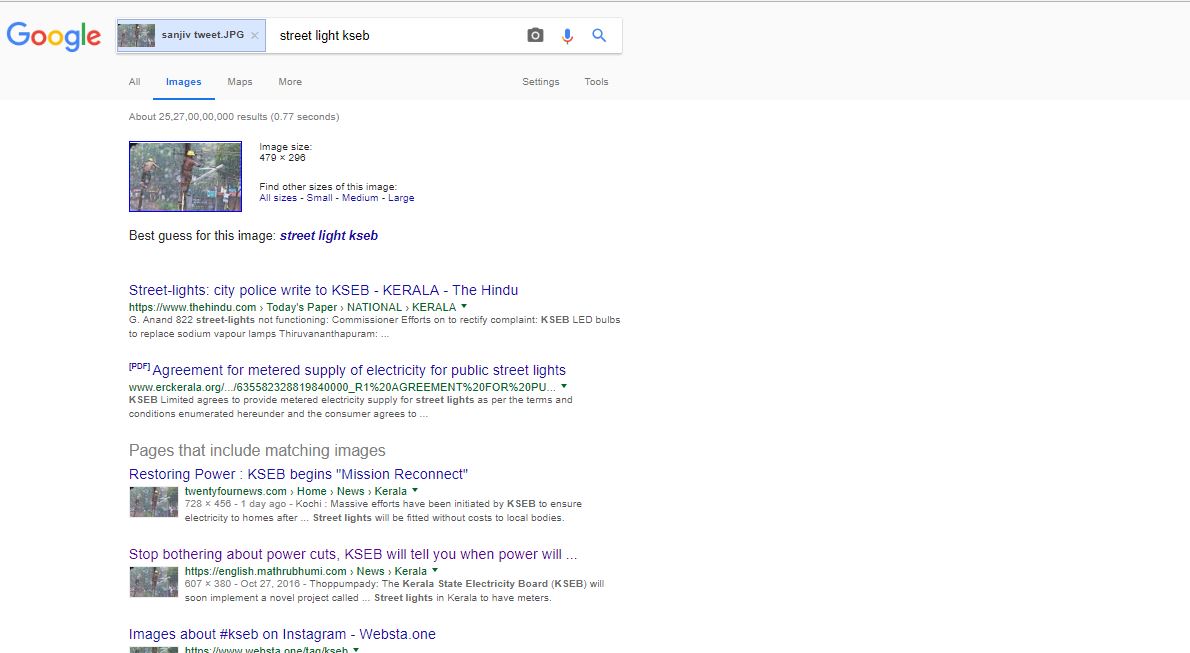 Out of the many links we checked, this 2016 article by Mathrubhumi, a Malayalam newspaper had the same image. 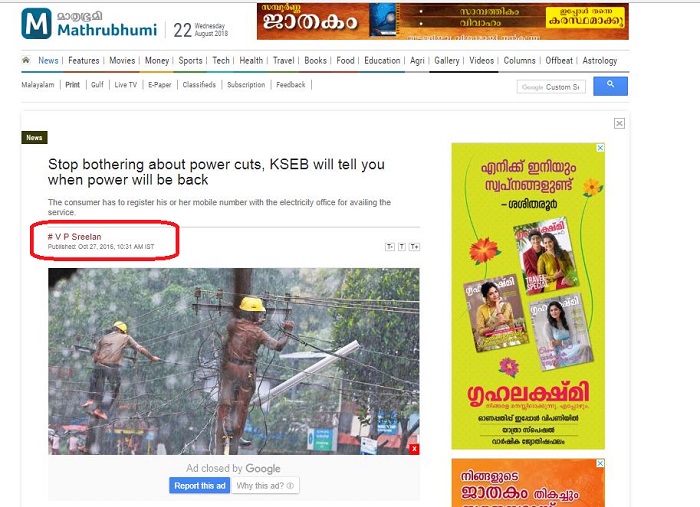 Bhatt was fact checked by several Twitteratis who pointed out that he was using an old picture.

It has been pointed out to me that this is an old picture. My apologies, but the underpinning of my argument remains the same. Salute the spirit of Kerala in the face of such adversity. ♥️

More About The Image And The Mathrubhumi Report

The report talks about the Kerala State Electricity Board's plan to implement a project called 'Urjadhyut' which aims to keep the consumers informed about the power outages through their mobile phones. The report also talks about KSEB's 'Urja Souhrid' project that aims to disseminate information about the electricity bill.

Ever since Kerala was hit by heavy rains and severe floods more than a week back, several fake images and videos have been circulated on social media with unrelated narratives.

Army Man Behind The Viral Kerala Floods Video: Is He An 'Imposter'?

No, Cristiano Ronaldo Did Not Donate Rs 77 Cr For Kerala Flood Relief

Kerala Floods: These Images And Videos Are Either Old Or Not From Kerala

Kerala Floods Not A 'National Disaster', But A 'Severe' Calamity: A FactFile

2016 fake news featured IPS Kerala Mathrubhumi Old Image Sanjiv Bhatt Twitter
If you value our work, we have an ask: Our journalists work with TruthSeekers like you to publish fact-checks, explainers, ground reports and media literacy content. Much of this work involves using investigative methods and forensic tools. Our work is resource-intensive, and we rely on our readers to fund our work. Support us so we can continue our work of decluttering the information landscape. BECOME A MEMBER
📧 Subscribe to our newsletter here. 📣You can also follow us on Twitter, Facebook, Instagram, Youtube, Linkedin and Google News 📝Stay updated with all our latest fact check stories.