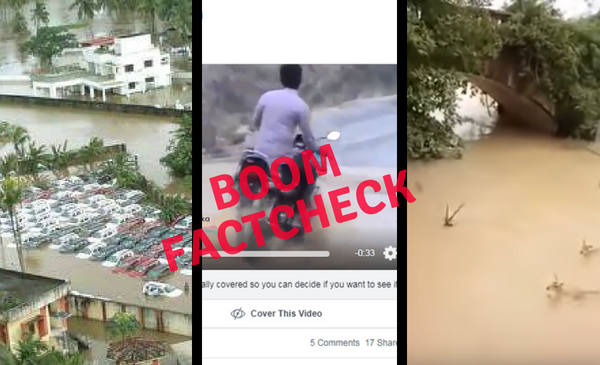 BOOM examined the false images and videos being shared as that from Kerala.

An aerial image of a flood hit area is being shared, with the claim that Renault's stockyard in Kalamassery, Cochin has been hit by the floods. However, the image is a 5-year old image, when the yard was hit by floods in 2013.

This is the storage yard of Renault in Kochi, now flooded in the heavy rains lashing Kerala. pic.twitter.com/zWjeVr0UMc 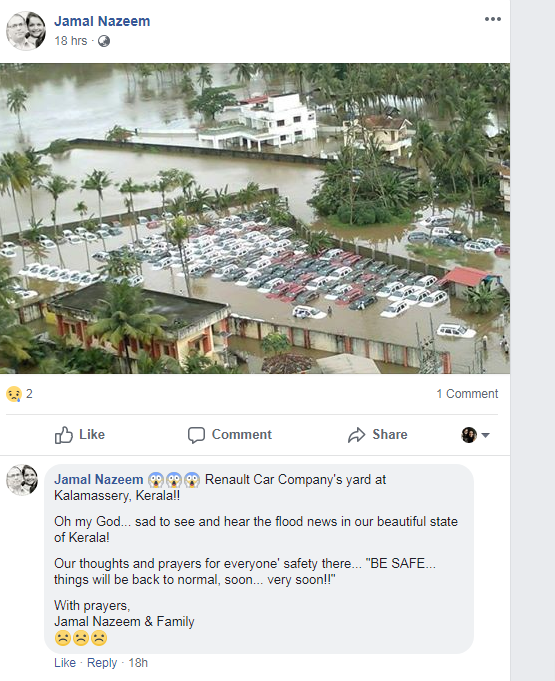 However, it is not just social media, but digital news websites also fell for it. Firstpost in its August 10 article used the image as that of 2018. 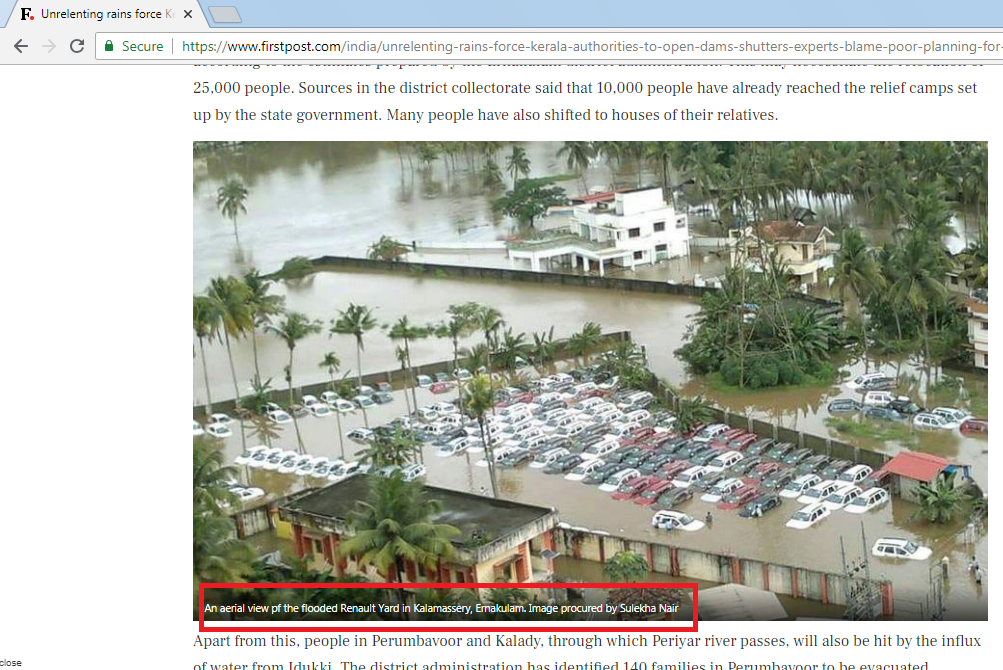 Speaking to BOOM, Renault's spokesperson Jatin Aggarwal confirmed that the image is from 2013. He said that the yard belongs to Renault TVS, the company's dealer in Kerala. He also sent images of the yard clicked on Saturday to show that the yard is dry. 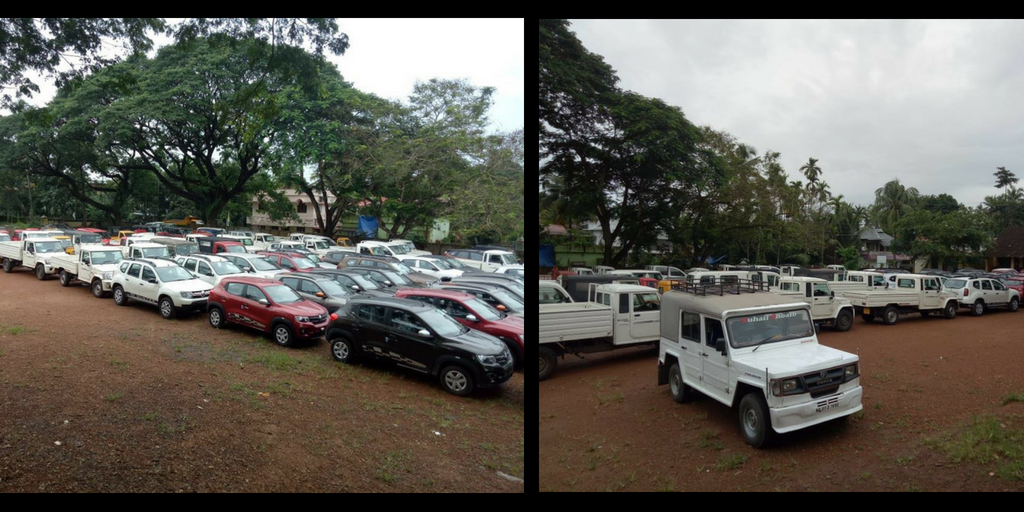 BOOM also spoke to Renault TVS who owns the yard. The company confirmed that the image was taken during the floods in 2013. Regional Manager Vishnu Gurudas said that the company has filed a case with the state cyber cell. He also said that they have clarified the same on their Twitter, Instagram and Facebook accounts.

Moreover, BOOM also found Facebook posts of the image from 2013.

VIDEO FROM MADHYA PRADESH SHARED AS FROM KERALA

An unsettling video of a biker being swept off in a flooded river was shared on Facebook as flood in Kerala. However, the video is from Madhya Pradesh. 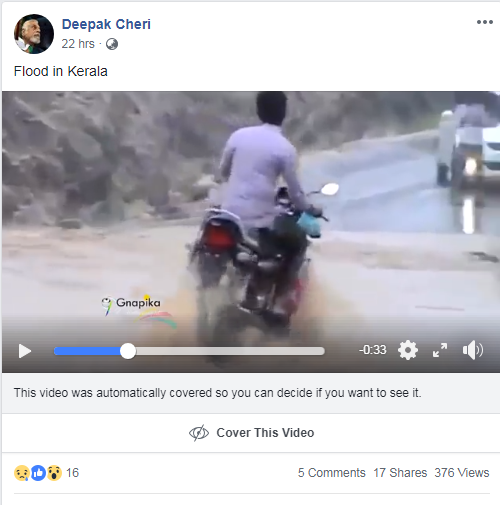 In the video, the biker is seen being washed away from the flooded bridge over Machana river near Betul in Madhya Pradesh. This tragic incident took place in July 2014, according to Marathi news channel News 18 Lokmat.

Another video of deers floating in water is also being attributed to the Kerala floods. The video is being shared as deers caught in the flood waters in Nilambur of Mallapuram district. Nilambur received the highest rainfall in 24 hours in Kerala.

However, the video is not from Kerala but Odisha.

The video was shot in Ganjam district of Odisha. As seen in the video, black bucks are being swept off in the flooded Kharkhari river, reported Odisha TV. 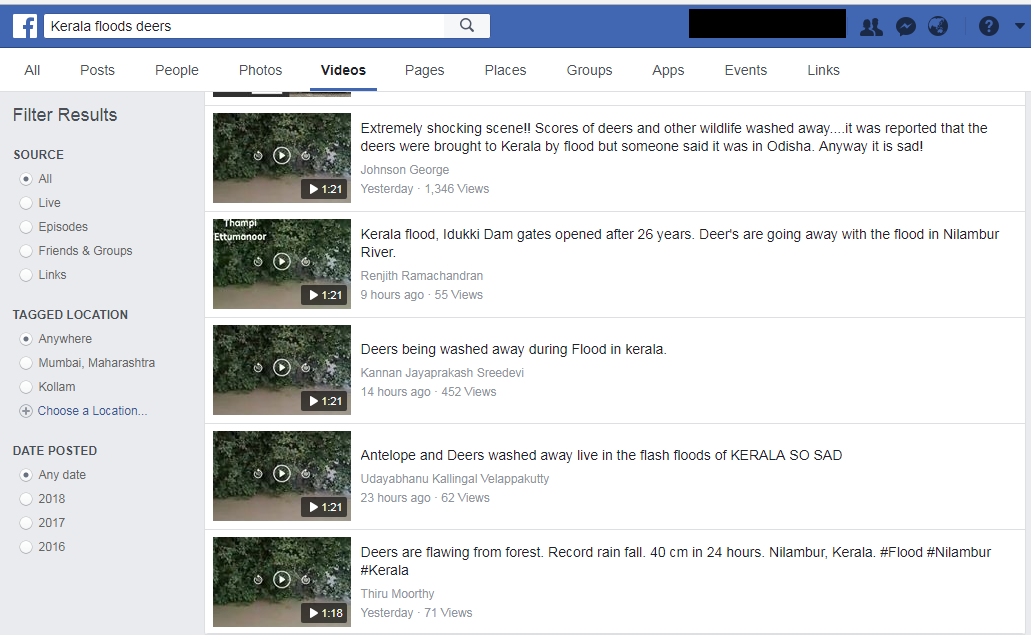 The state saw continuous rain in the last week leading to flooding in several parts of the state and rise in the water level in major dams. All the five shutters of Cheruthoni dam part of the Idukki reservoir were opened for the first time in 26 years. The Idukki reservoir built across the Periyar river consists of three dams - Idukki dam - one of the largest arch dams in the world, Cheruthoni and Kulamavu. The shutters were opened as the water level in the Idukki dam came close to the maximum capacity of 2403 feet.

Kerala: Latest visuals of #IdukkiDam. All the five shutters of the dam where opened yesterday. pic.twitter.com/ZN9hq0RrfX

Kerala: Latest visuals of Periyar river. 5 shutters of #IdukkiDam were opened yesterday. The water level of the dam, reported at 6 am today, is 2401.16 feet with its full reserve level being 2403 feet. pic.twitter.com/nyzyYDNxCa

With the death toll rising to 29, the state is still under alert till August 15th.