A set of tweets by parody accounts of several prominent world leaders, where they are seemingly extending support to India on behalf of their country, is going viral on the micro-blogging platform.

Going by the responses, it would suggest that many users, including Reserve Bank of India's Central Board's Director S Gurmurthy, have fallen for these tweets as authentic, giving them tens of thousands of likes and retweets.

These tweets are made in the backdrop of rising tensions between India and China, which culminated in the loss of lives for both sides during a border clash at the Galwan Valley on Monday night.

"Standing With India" - The Parody Version

"I stand with India", read the caption in the tweet made by the account which goes by the name Benjamin Netanyahu (@Netyanyahu). The tweet carries an image of the Israeli Prime Minister with Indian Prime Minister Narendra Modi - both holding each other's hands. At the time of writing this article, the tweet had garnered over 60,000 retweets and nearly 14,000 likes. 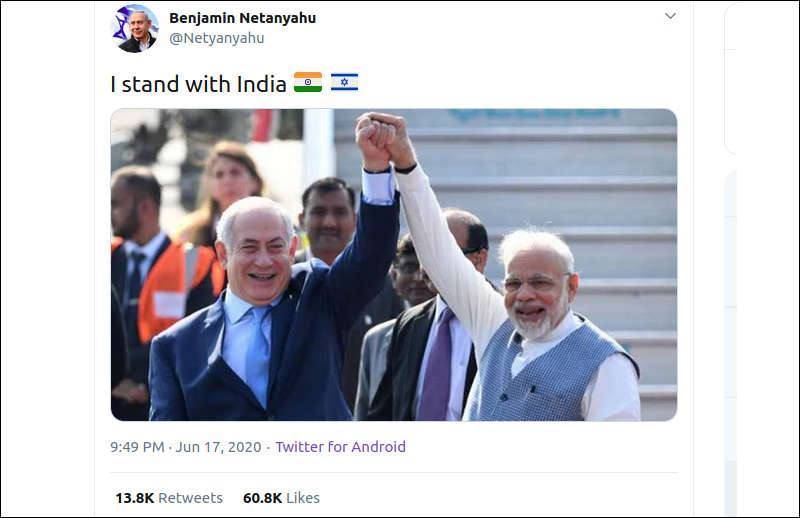 However, going by the number of likes and retweets, along with the replies it has received, it can be observed that many users were falling for this account as being authentic. While a large number of people gave their gratitude for the support to India, there were some who pointed out that it was a parody account. 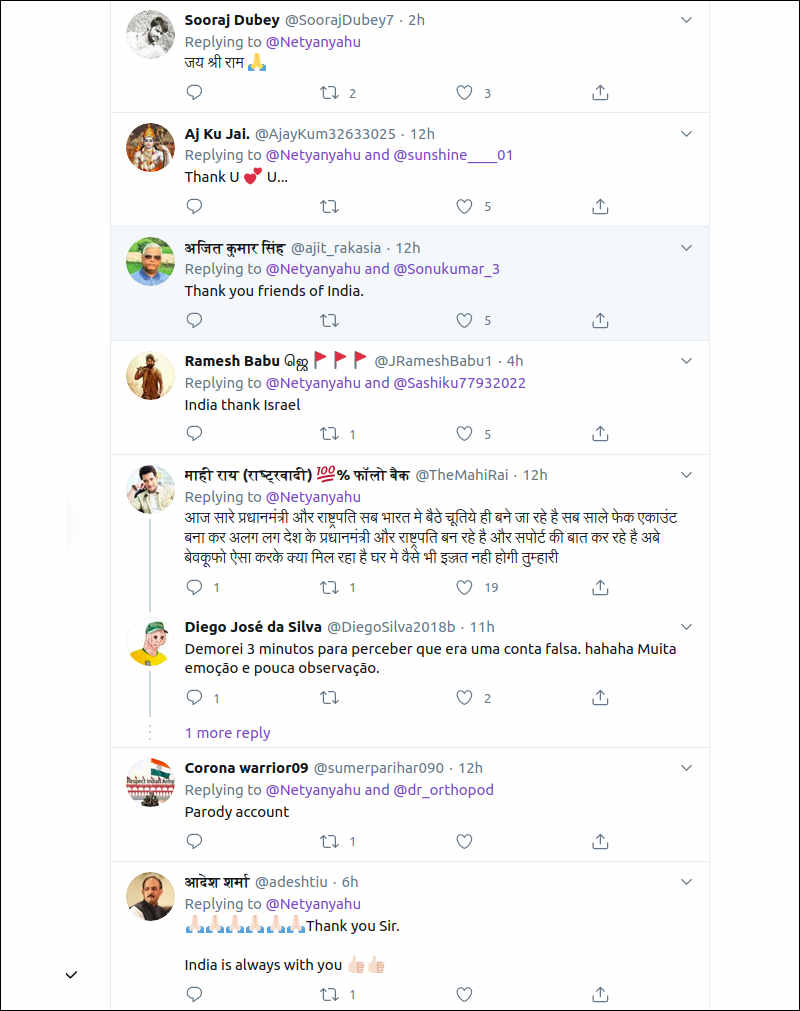 The Director of RBI's Central Board, S Gurumurthy, fell for the fake account as well, and ended up retweeting the post. 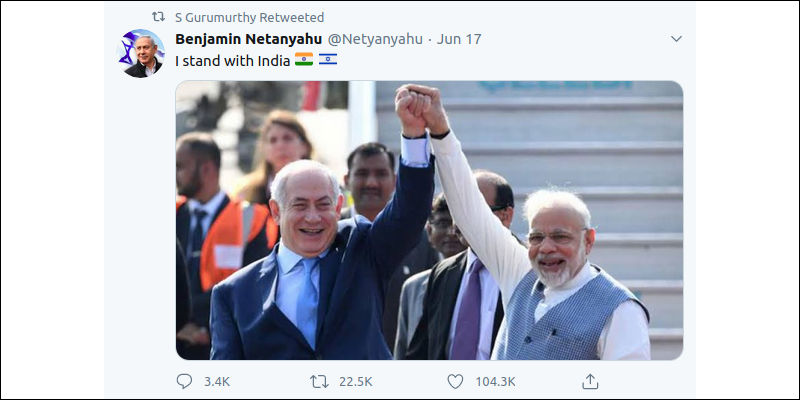 A close look at Netanyahu's parody profile would suggest that the account is run by an Indian. While the account was created in September 2019, it has only tweeted content over the past few days - all of it being India-centric, with strong references to the ongoing conflict with China. The cover image also had strong references to Vedic text Ramayana.

BOOM searched on Twitter with the keywords "Stand With India", and found a list of other parody accounts of world leaders extending similar support to India. We found a parody account of Donald Trump, Melania Trump and Ivanka Trump tweeting similar posts. 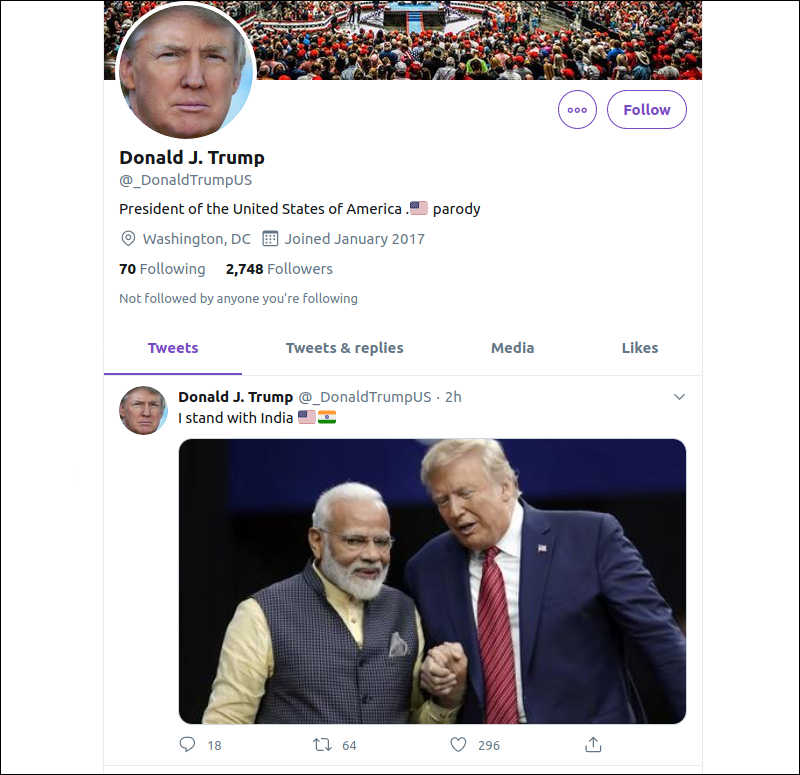 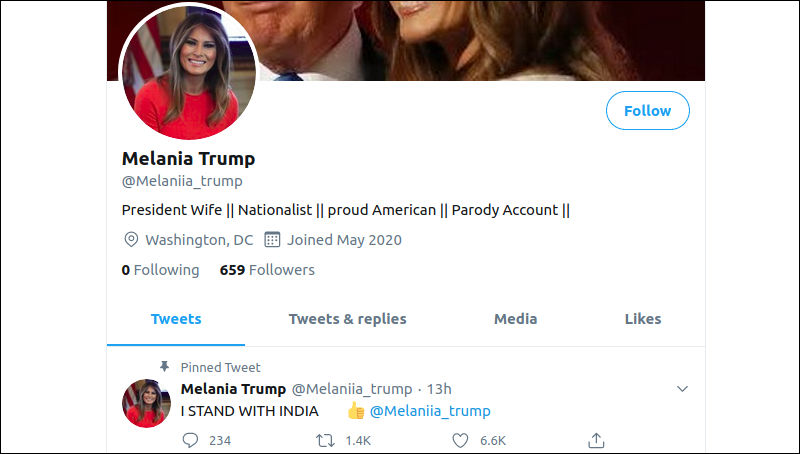 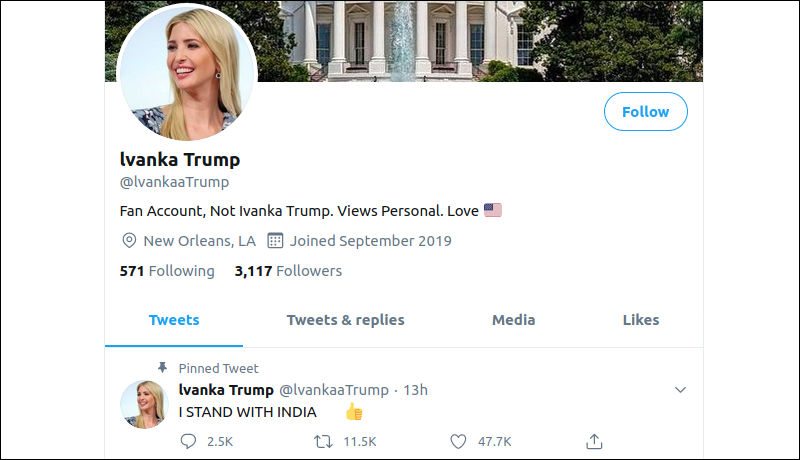 We also found a similar tweet made by a parody account of Japanese Prime Minister Shinzo Abe and German Chancellor Angela Merkel. 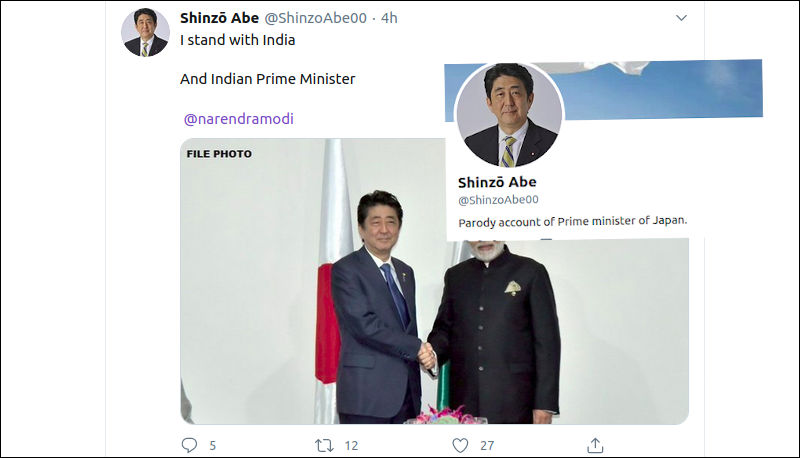 A quick look through each of the parody accounts revealed highly India-centric posts, which suggest that all these accounts are being run from India.

I stand with India 🇮🇳 🇩🇪

On Monday night, 20 Indian soldiers lost their lives following a clash between Indian and Chinese troops in the Galwan Valley in Eastern Ladakh. This has been the strongest border escalation at the Line of Actual Control since 1975.