A video has been viewed thousands of times on Facebook and Youtube alongside a claim it shows former Indian opposition leader Rahul Gandhi calling himself "the biggest fool" in the country. The claim is false; the video has been edited in a misleading way; a longer version of the video, filmed in 2018, shows Gandhi quoting other parliamentarians talking about their decision to support Narendra Modi's selection as Indian prime minister.

Gandhi can be seen speaking at a lectern. His comments in Hindi translate to English as: "No one is a bigger fool than me in this country. I made Narendra Modi the prime minister of the country, and today, while I am a parliamentarian in this country, I cannot say a word in front of Modi. He doesn't allow me to speak."

The post's Hindi caption reads: "Rahul Gandhi is great, at least he accepted it honestly that no one is a bigger fool in the country than him."

Rahul Gandhi is an Indian politician who served as the president of the Indian National Congress party until July 2019.

Also Read: No, Forbes Did Not Name Rahul Gandhi On A 'Most Educated Leaders' List

A combined reverse image and keyword search on Google found a longer version of the video published here on Gandhi's official YouTube channel on June 11, 2018.

In the YouTube video's 15-minute 10-second mark, Gandhi relays a conversation he had with a fellow Indian politician. He says: "A Member of Parliament met me outside the bathroom in the parliament building. He stopped me. I cannot disclose his name, if I disclose his name, Modi will throw him out. There were four-five of them. So, I asked him jokingly, what's happening, and one of them held my hand and said: 'No one is a bigger fool than me in this country. I made Narendra Modi Prime Minister of this country, and today, while I am a parliamentarian of this country, I cannot say a word in front of Modi, he doesn't allow me to speak. And I am not saying this alone, all the other parliamentarians are scared as well. Nobody listens to us'."

Below is a screenshot comparison between the misleading video (L) and YouTube video (R): 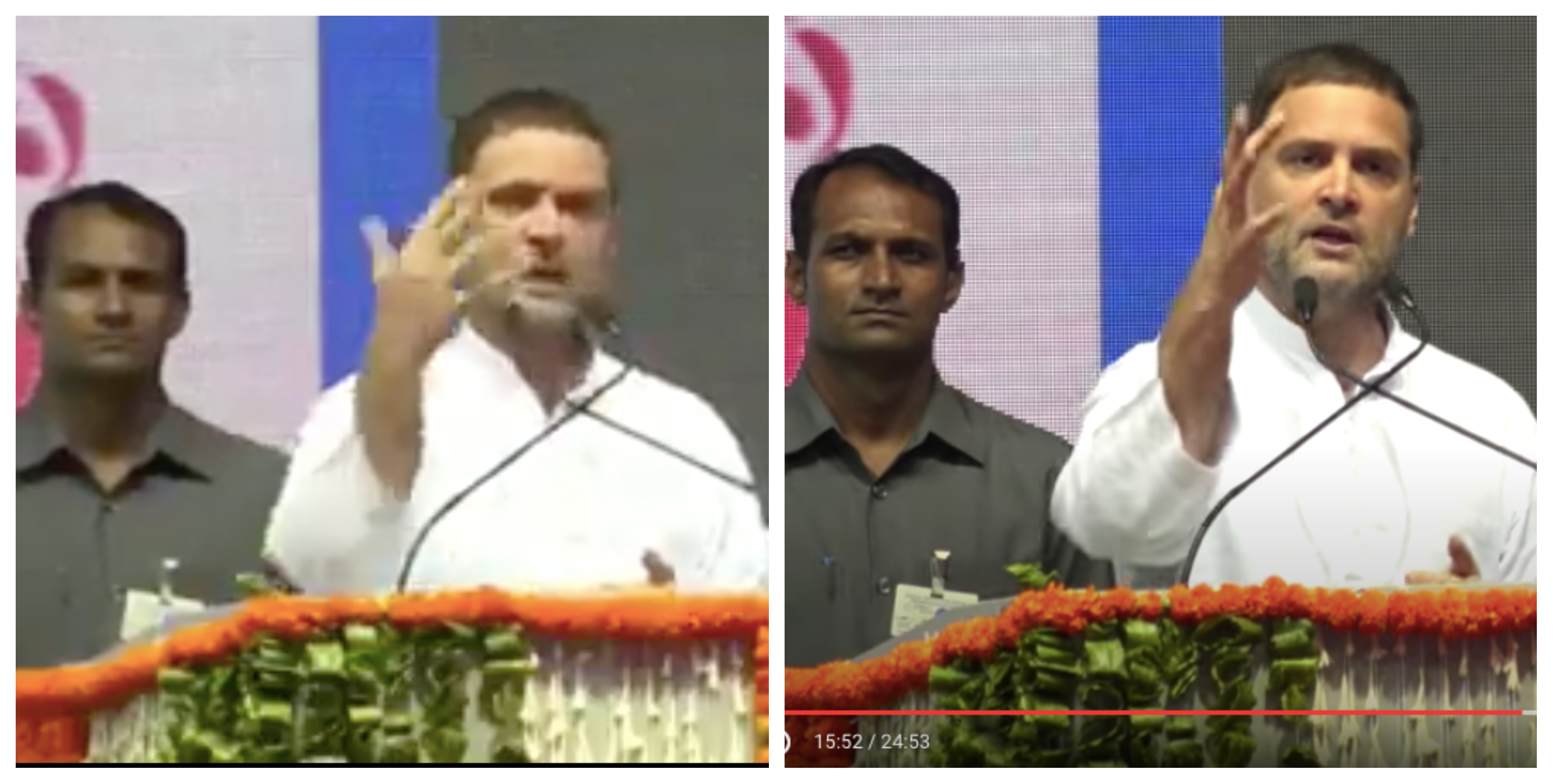