A nearly 14-year-old picture of Muslim men burning the Danish flag is being shared on social media with captions falsely claiming that Muslim refugees have demanded the removal of the white cross from Switzerland's national flag.

BOOM found that the viral picture was clicked in 2006 in Pakistan and the men were burning the flag of Denmark to protest the publication of cartoons on the Prophet Mohammed in a Danish newspaper.

More than a decade old, the picture is viral once again in the backdrop of the recent riots in Sweden that allegedly started after the burning of Quran, the holy book of Muslims, in Malmo city of the Nordic country. The violence broke out after members of far-right Danish party Stram Kurs burned a copy of Quran on August 28, 2020.

The viral post shows two men holding a flag by its edges while another man sets fire to it.

A caption with the post reads 'Last year #Muslim #refugees in Switzerland demanded removal of Cross from the SwissFlag. How thankless a community can be to a country which has given them rufuge on their homeland?' #Sweden #swedenriots #swedenburning. (Sic)'.

Last year #Muslim #refugees in #Switzerland demanded removal of #Cross from the #SwissFlag. How thankless a community can be to a country which has given them rufuge on their homeland?#Sweden #swedenriots #swedenburning pic.twitter.com/ctHYN0Gltw

The picture is viral from several Facebook pages with similar claims. (Click here and here for archives) 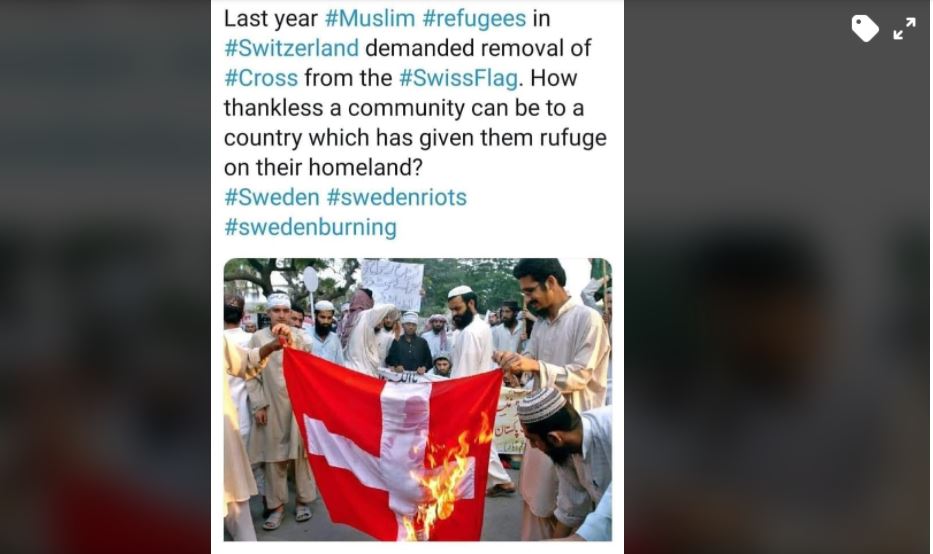 A reverse image search on the viral picture revealed that the photograph was from 2006. An article published in The Independent on 13 February, 2008 carries the same image crediting it to stock image site Getty and wire agency AFP.

The caption with the photo reads 'A Danish flag is burnt at protests in 2006 ( AFP/Getty )'. 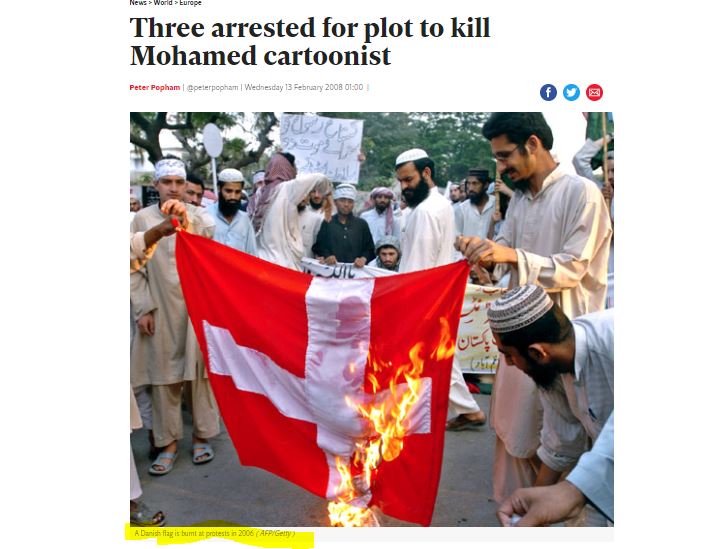 BOOM then looked for the image on the website of Getty and found the same image dated February 23, 2006. 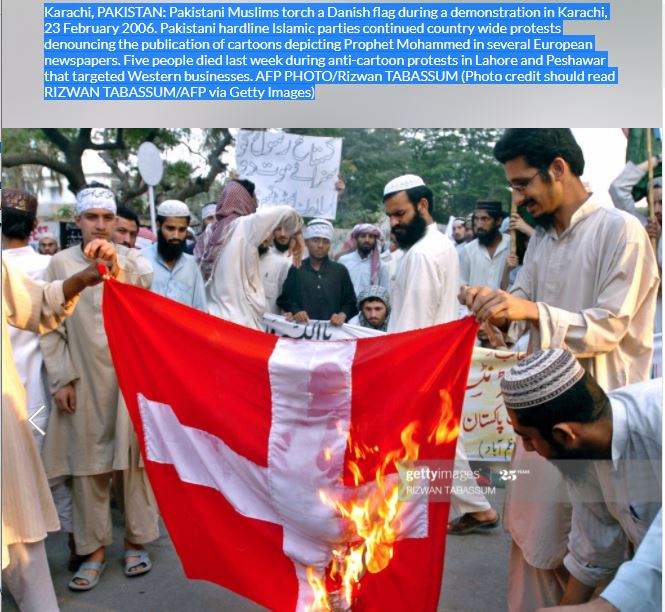 The caption with the image makes it clear that the incident was reported in Karachi, Pakistan and was not demanding the removal of the cross from Switzerland's flag.

Cartoons of Prophet Mohammed were published in Danish newspaper Jyllands-Posten in September of 2005. In January 2006, these cartoons were reprinted by a Norwegian newspaper. On February 1, 2006 newspapers across France, Germany, Italy and Spain reprinted the cartoons. This led to worldwide protests by Muslims.

Read more about the issue here and here.

BOOM also compared the flags of Denmark and Switzerland which are visibly different. Check below. 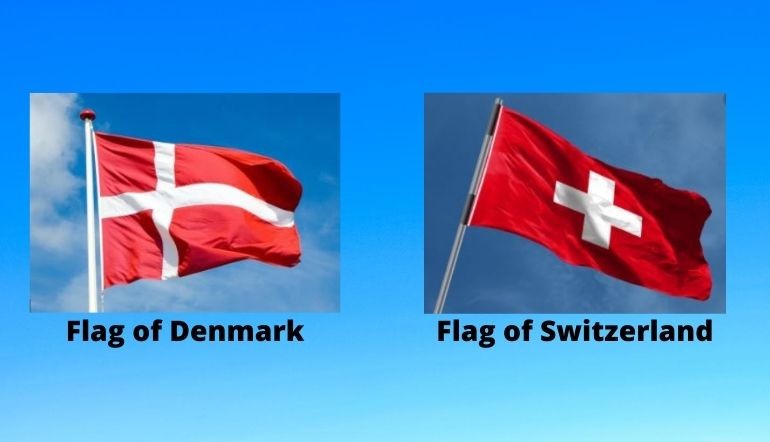