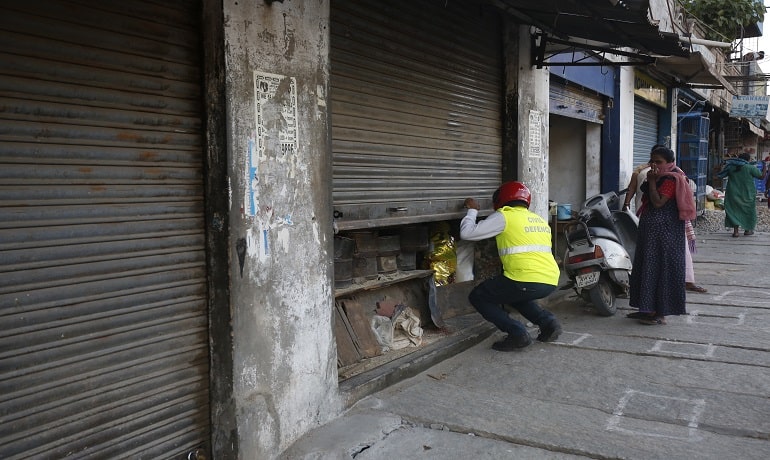 The Government of Maharashtra has clarified that while inter-state and inter-district movement of persons would continue to be regulated, the inter-district travel within the Mumbai Metropolitan Region could take place without restriction. This change among many others, were released as amendments to nomenclature and additions by the government on June 4 to its notification titled ' Mission Begin Again' which was released by the it on May 31, outlining the do's and don'ts on the gradual re-opening of the state in June.

These clarifications also includes the limits on the number of workers in private offices, permitting of administrative and non-educational activity in educational institutes, and allowing the alternate opening of shops.

Maharashtra is India's most affected state, having more than 74,860 cases as on June 4, according to data provided by the Ministry of Health and Family Welfare.

Here are all the changes, as given in the circular.

The recent circular clarifies that while inter-state and inter-district movement of people will still be restricted, there are no restrictions on the inter-district movements within the Mumbai Metropolitan Region (MMR). The MMR spans 4,355 square kilometers, contains more than 1,000 villages, 8 municipal corporations and 9 municipalities across various districts, according to the Mumbai Metropolitan Region Development Authority.

2. The opening of shops

Mission Begin Again had outlined that shops, except malls and showrooms, would be allowed to open to open from June 5. Shops on one side of the road would be able to open on odd days, and on the other side on even days.

Today's notification has clarified that all shops on one side of the road would be permitted to open for full days, and has asked municipal and police commissioners to connect with shop owners and market associations to regulate traffic and ensure social distancing.

Garden swings, open play equipment such as bars and open air gyms will not be allowed under the latest regulations.

These provisions were added to existing provisions under Mission Begin Again that permits outdoor physical activity in public places from 5am to 7pm, and encourages the use of cycling as a tool to maintain social distancing.

4. Clarifications with respect to offices

Earlier, private offices were permitted to open from June 5 with 10% of its staff, according to Mission Begin Again.

A clarification now states that offices can operate with 10% of its strength, or 10 employees, whichever is higher.

Offices and staff of educational institutions can operate for non-teaching purposes. These include the development of e-learning content, for correcting papers and declaration of results.

The earlier notification mentions that school, colleges, coaching institutions and universities would not be allowed to operate.

6. The distribution of newspapers permitted

Further, the latest notifications also permits the printing and distribution of newspapers as one of the activities that would be allowed from June 3 onwards.

Ammendments to the Guidelines- Easing of Restrictions and Phase-wise opening of Lockdown.#MissionBeginAgain pic.twitter.com/5zWHvy4xtu