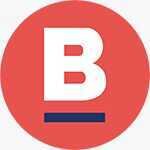 Govindraj Ethiraj is a television & print journalist and also Founder of IndiaSpend & FactChecker.in, data Journalism and fact check initiatives. He also anchors seasonal shows on Indian news television – recent ones being Aegons of Business on BloombergQuint and `Policy Watch’ on public service broadcaster Rajya Sabha or RS TV. Previously, he was Founder-Editor in Chief of Bloomberg TV India, a 24-hours business news service launched out of Mumbai in 2008. Prior to setting up Bloomberg TV India, he worked with Business Standard newspaper as Editor (New Media) with a specific mandate of integrating the newspaper’s news operations with its digital or web platform. He also spent around five years each with CNBC-TV18 & The Economic Times. He is a Fellow of The Aspen Institute, Colorado, a McNulty Prize Laureate 2018 & a winner of the BMW Foundation Responsible Leadership Awards for 2014.

How Deadly Is The Omicron Variant And How Do We Treat It? An Expert's View |  Watch Video

Explained: How India Should Engage With The Taliban In Afghanistan |  Watch Video

Explained: What To Look For When Investing In An IPO |  Watch Video

Explained: What You Should Look At When Buying An Electric Vehicle |  Watch Video

Explained: Why Covishield Has Been Excluded For EU Digital Green Pass |  Watch Video

Next Page  >
Our website is made possible by displaying online advertisements to our visitors.
Please consider supporting us by disabling your ad blocker. Please reload after ad blocker is disabled.
X
X