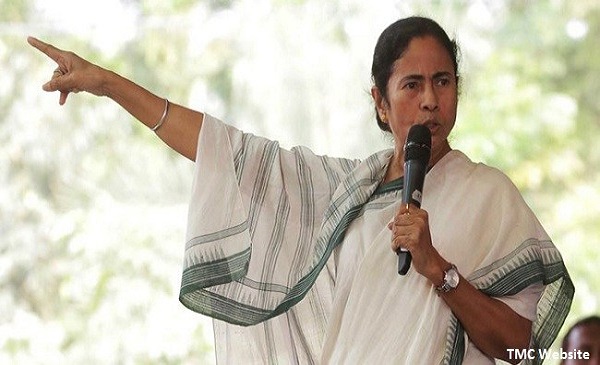 Union Finance Minister and senior BJP leader Arun Jaitley in his August 1, 2018 blog post, 'National Register of Citizens –Sovereignty vs Vote Bank' asked, 'Can India’s sovereignty be decided by such fickle minds and fragile hands'? He was referring to West Bengal Chief Minister Mamata Banerjee and Congress President Rahul Gandhi and their parties changing stance on the NRC over the years. He alleged that both the leaders are using the NRC issue for vote bank politics compromising the country's sovereignity.

Jaitley reminded his readers of Banerjee's statement in the parliament in 2005 to show how she has now taken a U-turn.

Banerjee had then said, “The infiltration in Bengal has become a disaster now. You can see the Bangladeshi as well as the Indian names in the list. I have both the Bangladeshi and the Indian voters list. This is a very serious matter. I would like to know when would it be discussed in the House?”

The West Bengal CM, Mamata Banerjee has stated in the LS on 4.8..2005: “The infiltration in Bengal has become a disaster now... I have both the Bangladeshi & the Indian voters list. This is a very serious matter. I would like to know when would it be discussed in the House?”

A look at various statements made by Banerjee over the last 20 years does show a changing stance according to the prevailing political climate in the state and the country. BOOM went through the statements to analyse her views on the issues of illegal immigration from Bangladesh and the NRC.

After the release of the first draft of NRC, Banerjee launched a fierce attack on the centre and the ruling Bharatiya Janata Party alleging a political and divisive motive. She went on to say that this will lead to civil war and blood bath in the country.

She also warned the BJP against implementing the NRC in West Bengal. "The BJP has the audacity to say that they would implement the NRC in Bengal and thinks only they and their supporters would stay in India and rest will have to leave the country," warned Banerjee.

But way back in 2005 when the Congress led-UPA was in power at the centre and her bitter rival CPI(M) ruling the state, Banerjee projected the the Illegal immigration from Bangladesh as a major issue in the Parliament. Ironically, Banerjee had enjoyed support from the BJP who was then in the opposition, having lost power in the 2004 general elections.

As Jaitley rightly quoted in his post, on August 4, 2005 Banerjee said in the Lok Sabha, “The infiltration in Bengal has become a disaster now. You can see the Bangladeshi as well as the Indian names in the list. I have both the Bangladeshi and the Indian voters list. This is a very serious matter. I would like to know when would it be discussed in the House?”

However, the then speaker Somnath Chatterjee (from the CPI(M) and Banerjee's rival in West Bengal) did not approve her notice for an adjournment motion - it is meant to draw urgent attention to a matter of public importance.

An enraged Banerjee came into the well of the house and flung papers on the Deputy Speaker Charanjit Singh Atwal who was chairing the session. She also announced her resignation for being denied the chance to speak, which the Speaker Somnath Chatterjee did not accept claiming that it was not a 'proper letter of resignation'.

BOOM also accessed the text of the debate of August 4, 2005 from the Lok Sabha website to cross check the claim and incident. Click here to read it.

The next day, Chatterjee issued an observation refuting the argument that he was being partial. He claimed that a discussion on the infiltration of foreigners was held on July 26, 2005 during which Mamata Banerjee was not present and as per rules the same topic cannot be raised again in the same session. He also appealed to the members to maintain 'dignity and decorum of the house'.

Twenty years back in 1998, when Banerjee had just founded the Trinamool Congress, she batted for a softer approach towards Bangladesh immigrants who were being deported from Mumbai. At this point she had just split from the Congress.

BOOM accessed the July 27, 1998 debate text of parliament with the title, 'Raised reported deportation of Bengali-speaking muslim workers from Mumbai.' Invoking the deep roots and cultural connection that India shares with Bangladesh she slammed the inhuman treatment of the people who were deported. She said,

"May I request the Home Minister through the Minister of Parliamentary Affairs that he should make a statement on this today itself? They should ask the Government of Maharashtra as to how many people are being deported from Maharashtra to Bangladesh. They were taken off the train en route Howrah... (Interruptions)...We know the place also... (Interruptions)... Please let me finish. Who is really an Indian citizen? Even if somebody is a Bangladeshi, he should not be treated like cats and dogs, as we have traditional ties, ethnic and common culture with Bangladesh," said Banerjee in Parliament.

ARC Arun Jaitley Assam Bangladesh BJP featured illegal immigrants Lok Sabha Maharashtra Mamata Banerjee Parliament West Bengal
If you value our work, we have an ask: Our journalists work with TruthSeekers like you to publish fact-checks, explainers, ground reports and media literacy content. Much of this work involves using investigative methods and forensic tools. Our work is resource-intensive, and we rely on our readers to fund our work. Support us so we can continue our work of decluttering the information landscape. BECOME A MEMBER
📧 Subscribe to our newsletter here. 📣You can also follow us on Twitter, Facebook, Instagram, Youtube, Linkedin and Google News 📝Stay updated with all our latest fact check stories.