A post shared hundreds of times on Facebook claims to include controversial quotes made by Russian President Vladimir Putin criticising the lifestyle of 'rich Africans'. However, AFP Fact Check found no evidence that Putin ever uttered the words or issued them in a statement.

"When an African becomes rich: his bank accounts are in Switzerland, he travels to France for medical treatment, he invests in Germany," begins the post that has been shared more than 147 times on Facebook since September 22, 2020.

Rich Africans, it claims, live lavishly all over the world and only return to Africa to be buried.

"Africa is just a cemetery for Africans. How could a cemetery be developed?" concludes the post, which is attributed to Putin. AFP Fact Check debunked the French claims here and found there is nothing to support the claim that the words are Putin's.

These posts have been circulating online for nearly two years without any accompanying source. The text has also been adapted in other posts that replace Africa with Afghanistan and Pakistan.

Screenshot of virality "spikes" from CrowdTangle, taken on October 10, 2020

Posts referring to Pakistan instead of Africa were mostly shared in November 2018, January 2020 and May 2020.

Those concerning Afghanistan were much less viral and appeared in November 2018 and in May 2019.

No evidence of such statement

AFP Fact Check was unable to find any similar statement by Putin, neither in official communications from the Kremlin, nor in major Russian news media.

"So long as our society trusts information published on social networks, this fake news about Putin who considers Africa to be a cemetery will not cease," Ostachko said on Russian site Ria Fan.

Several websites, both in French and English, looked into the claim and also dismissed it for lack of evidence. You can find their debunks here, here and here.

One of Putin's most recent public statements about Africa dates back to October 2019, during the first Russia-Africa summit, as reported by AFP.

During the summit, the Russian president said, "In Africa, there are very many potential partners with good prospects". Putin said the level of trade between Russia and the continent was "not enough". 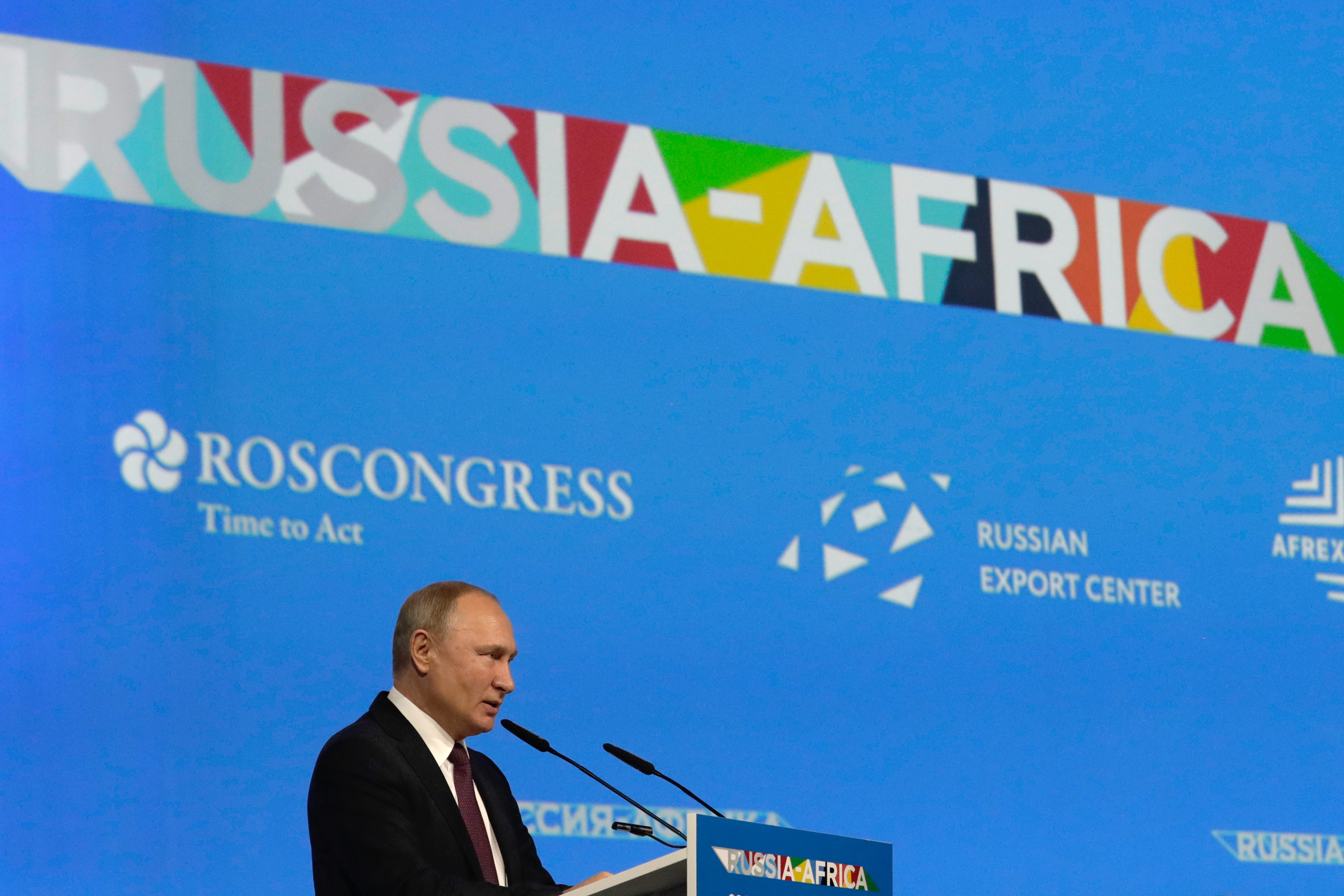 AFP Fact Check also cross-checked the dates of the various virality peaks on Facebook in English with the official agenda of Vladimir Putin, available in English on the Kremlin website.

None of spikes on Facebook matched the release of statements about Africa or corresponded with Putin's visit to the continent.

The oldest public post discovered online by CrowdTangle was dated November 14, 2018 and has been shared nearly 7,000 times since. From November 14, 2018 to November 15, 2018, Vladimir Putin attended a summit that brought together Russia and the Association of Southeast Asian Nations (ASEAN). He then attended the 13th East Asia Summit in Singapore.

No African president or members of an African government attended these events, and the Russian president made no public statements on Africa.

Much the same as the month of March, the resurgence of these posts in English and French in June and July 2019 does not correspond with any declaration or trips made by Putin; during this time, he traveled to Kyrgyzstan, Tajikistan, Japan, Belarus and Italy, but not to Africa.

In August 2019, Putin travelled to France, Finland and Turkey, but also hosted Filipe Nyusi, the president of Mozambique, in Moscow for the first time since 1987, as reported by AFP here.

The meeting was an opportunity for both heads of state to sign several agreements. Again, no statement from the Russian president about the African continent was noted by the press at the time.

Two posts (here and here) attributed these remarks to Vladimir Putin at the beginning of August, without these corresponding to any event on the Kremlin's agenda. According to the Kremlin's website, Putin did not attend any official meeting between June 30 and August 26.

Claim :   Russian President Vladimir Putin criticised the lifestyle of rich Africans.
Claimed By :  Social media posts
Fact Check :  False
Vladimir Putin Putin Russia Africa Rich Africans Europe African Countries
If you value our work, we have an ask: Our journalists work with TruthSeekers like you to publish fact-checks, explainers, ground reports and media literacy content. Much of this work involves using investigative methods and forensic tools. Our work is resource-intensive, and we rely on our readers to fund our work. Support us so we can continue our work of decluttering the information landscape. BECOME A MEMBER
📧 Subscribe to our newsletter here. 📣You can also follow us on Twitter, Facebook, Instagram, Youtube, Linkedin and Google News