A photo has been shared thousands of times in multiple posts on Facebook and Twitter alongside a claim it shows flooding in the southern Pakistani city of Karachi. The claim is false; the photo in fact shows a playground in the Indian city of Mumbai.

The photo was published here on Twitter by former Pakistani cricketer Ramiz Raja on July 29, 2020. It has been retweeted more than 7,000 times. 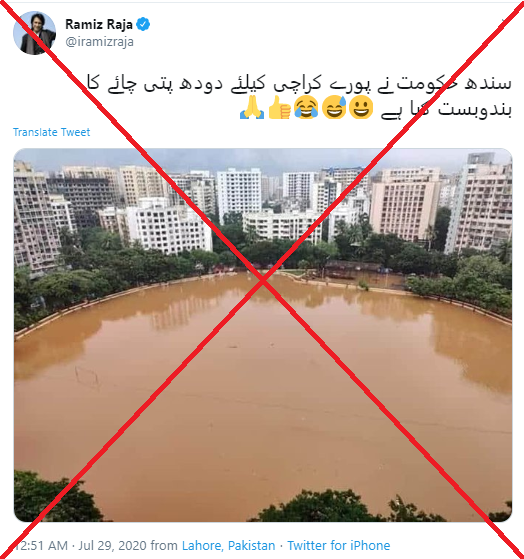 A screenshot taken on August 3, 2020, of the misleading post

The tweet's Urdu-language caption translates to English as: "Sindh government has arranged milked tea for the whole of Karachi."

Also Read: No, Blast At Beirut Port Was Not A Nuclear Explosion

Karachi is the capital of the southern Pakistani province of Sindh.

A reverse image search on Google found an earlier version of the photo posted here by a user based in Mumbai, India. The caption of the tweet translates from romanised Hindi to English as: "She: How much tea can you drink? Me:" 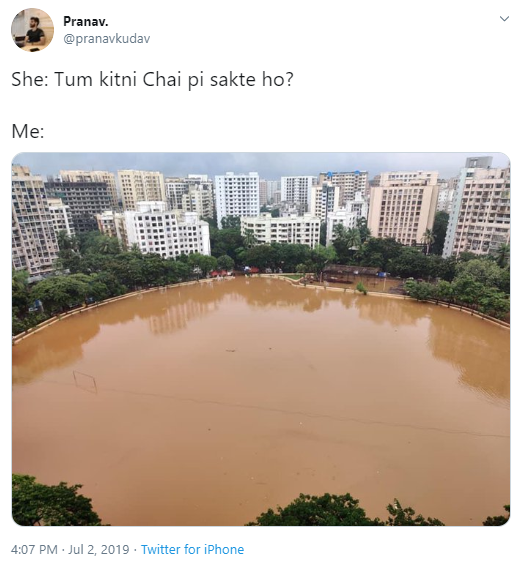 A search on Google Maps found the location here in Tilak Nagar, a neighbourhood in Mumbai.

The location, a playground in Tilak Nagar, can also be seen in photographs published here by Indian media outlet The Indian Express and here by Indian newspaper Hindustan Times.

Below is a screenshot comparison of the photo in the misleading post (L) and the Indian Express image (R) with similar features circled in red by AFP: