A video has been viewed thousands of times in multiple posts on Facebook alongside a claim it shows Indian Prime Minister Narendra Modi celebrating his birthday with top industrialists as the country faces an agricultural crisis during the novel coronavirus pandemic. The claim, however, is false; the video actually shows Modi at a beach with Israeli Prime Minister Benjamin Netanyahu during a visit to Israel in 2017. 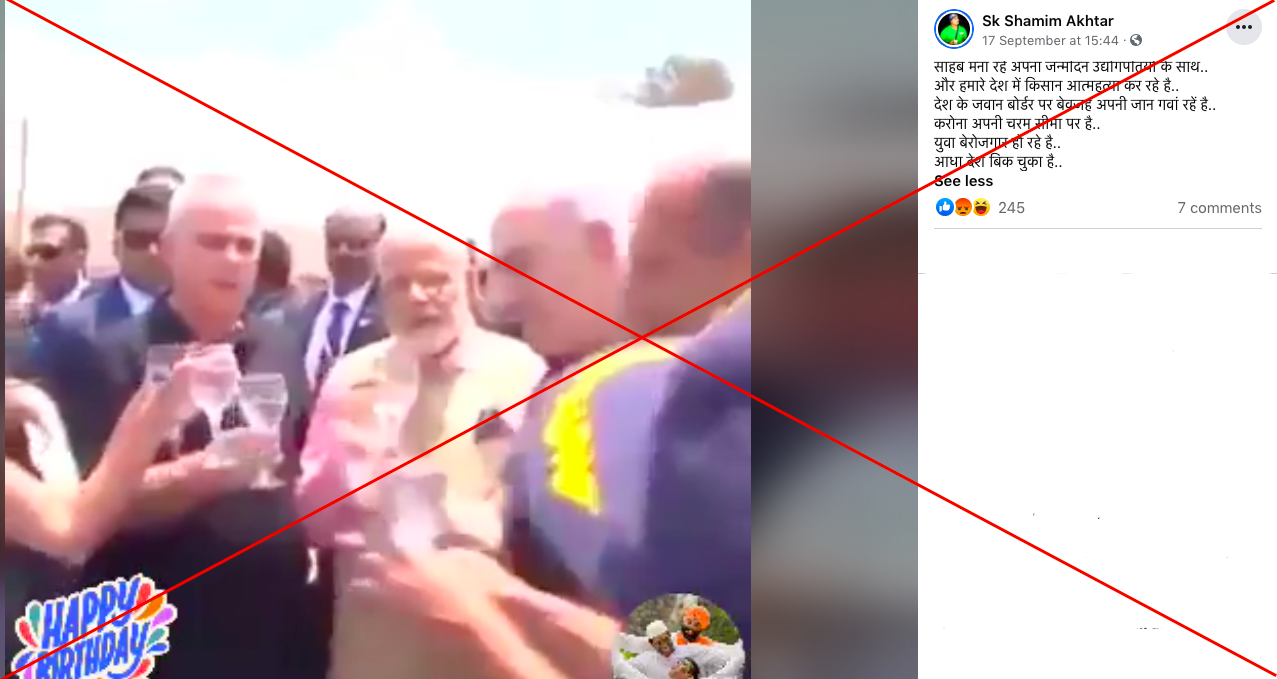 Text that reads "Happy Birthday" can be seen in the bottom left-hand corner of the video.

The post's Hindi-language caption translates to English as: "Mr Modi is celebrating his birthday with top industrialists while farmers in our country are committing suicide, soldiers at borders are dying for no reason, COVID-19 pandemic is at its peak in the country, youths have become unemployed, half of the country has been sold."

More than 10,000 people engaged in the farming sector died by suicide in 2019, according to India's crime records bureau.

The country, home to 1.3 billion people, has reported some of the highest daily case jumps in the world recently, AFP reported here on September 16, 2020.

India's unemployment rate has also risen in August 2020, according to data from the Indian economy watchdog, Centre for Monitoring Indian Economy.

The video was shared alongside a similar claim on Facebook here and here.

Below is a screenshot comparison of the video in the misleading post (L) and the PIB's YouTube video (R): 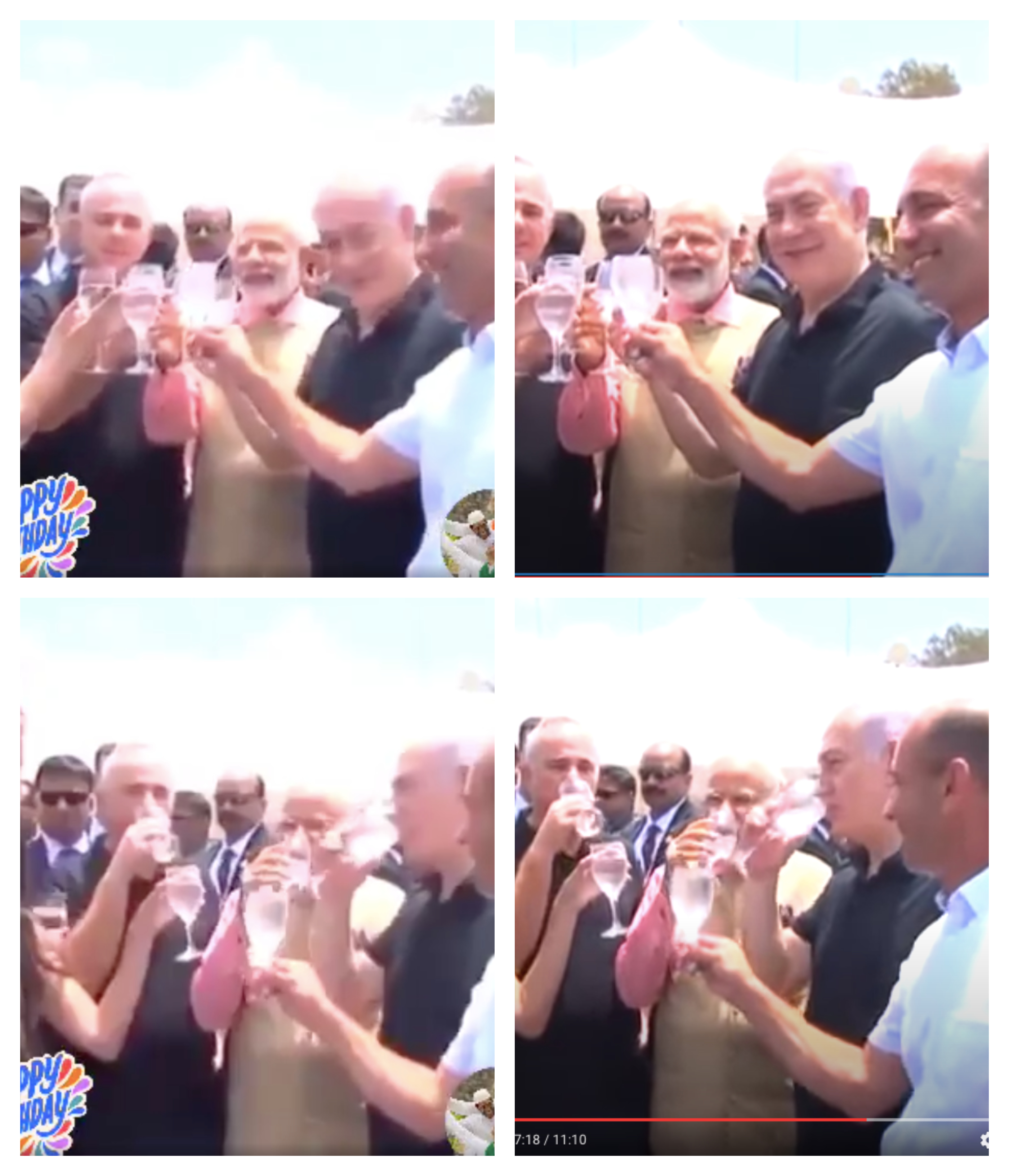 A joint statement from the Indian and Israeli governments was also issued about the visit on July 5, 2017.

Netanyahu posted a similar video here on his official Twitter in July 2017.

The Hebrew-language tweet translates to English as: "I rode with Prime Minister Modi in a special water desalination vehicle, capable of supplying drinking water to 22,000 people a day. Israel is a world leader in water circulation. We will cooperate with India in this field."

Claim :   Narendra Modi celebrated his birthday lavishly amidst the pandemic
Claimed By :  Social Media Posts
Fact Check :  False
Narendra Modi Modi Israel israel prime minister benjamin netanyahu Fake News FactCheck PM Modi India
If you value our work, we have an ask: Our journalists work with TruthSeekers like you to publish fact-checks, explainers, ground reports and media literacy content. Much of this work involves using investigative methods and forensic tools. Our work is resource-intensive, and we rely on our readers to fund our work. Support us so we can continue our work of decluttering the information landscape. BECOME A MEMBER
📧 Subscribe to our newsletter here. 📣You can also follow us on Twitter, Facebook, Instagram, Youtube, Linkedin and Google News