A video has been viewed tens of thousands of times in multiple posts on Facebook and Twitter that claim its shows shoppers scrambling to enter a supermarket in China after the novel coronavirus outbreak in the Chinese city of Wuhan. The claim is false; the video has circulated in media reports since at least October 2019, two months before the viral outbreak was first reported.

The video was published here on Facebook on February 7, 2020.

The 15-second video, filmed from inside a supermarket, shows scores of people scrambling under the shop's shutters as it opens. 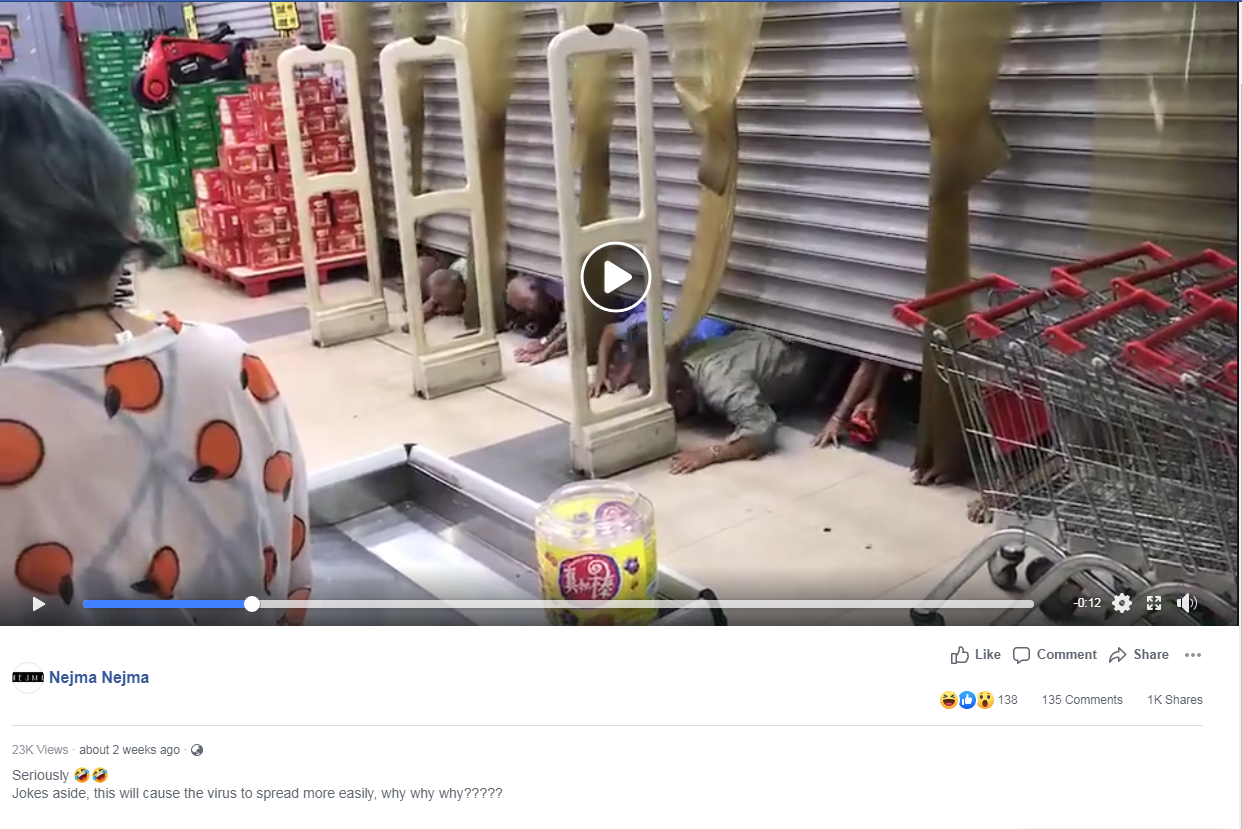 The post's caption reads: "Seriously / Jokes aside, this will cause the virus to spread more easily, why why why?????"

The virus referenced is the novel coronavirus, a new strain of coronavirus that emerged in the Chinese city of Wuhan in late December 2019. The epidemic has since killed at least 2,400 and infected about 80,000 globally. Here is an AFP report on the ongoing viral epidemic.

The same video was also shared here, here, and here on Facebook and here on Twitter, alongside a similar claim.

The video has been shared in a misleading context; the video has circulated in multiple media reports since at least October 2019, weeks before the novel coronavirus outbreak was first reported.

A reverse image search found this October 8, 2019 article published by MailOnline, the website for British tabloid The Daily Mail, headlined "Bizarre moment 'zombie' shoppers force their way under a store's front shutter in rush for a promotion on eggs".

The report reads, in part: "Shoppers desperate to get their hands on promotional eggs look like 'zombies' as they crawl under a supermarket's shutters.

"The bizarre footage from Sanjiang Supermarket in Qingdao, east China, shows the 'middle-aged' customers bend the metal gate as they rush to get into the store."

Below is a screenshot comparison of the misleading video on Facebook (L) and the video on The Daily Mail website (R):

At the beginning of the video, a man can be heard speaking Mandarin. His comments translate to English as: "My door! My door!"

Towards the end of the clip, his comments translate to English as: "Ah terrifying, terrifying!"

The video was also published in this article by the UK-based news website ViralTab, dated October 4, 2019.

The report, in part, states: "This footage shows a mob of middle-aged and elderly shoppers forcing their way into a supermarket "like zombies" during a mad rush for a promotion on eggs.

"The footage was filmed from inside Sanjiang Supermarket in Qingdao, a coastal city in East China's Shandong Province, on 4th October."