Multiple Thai language posts that claim Molise, a region in southern Italy, will pay 800,000 THB to immigrants who set up a new business there have been shared tens of thousands of times on Facebook and Twitter in February 2020 . The claim is misleading; Molise's "Active Residence Income" scheme ended in November 2019. 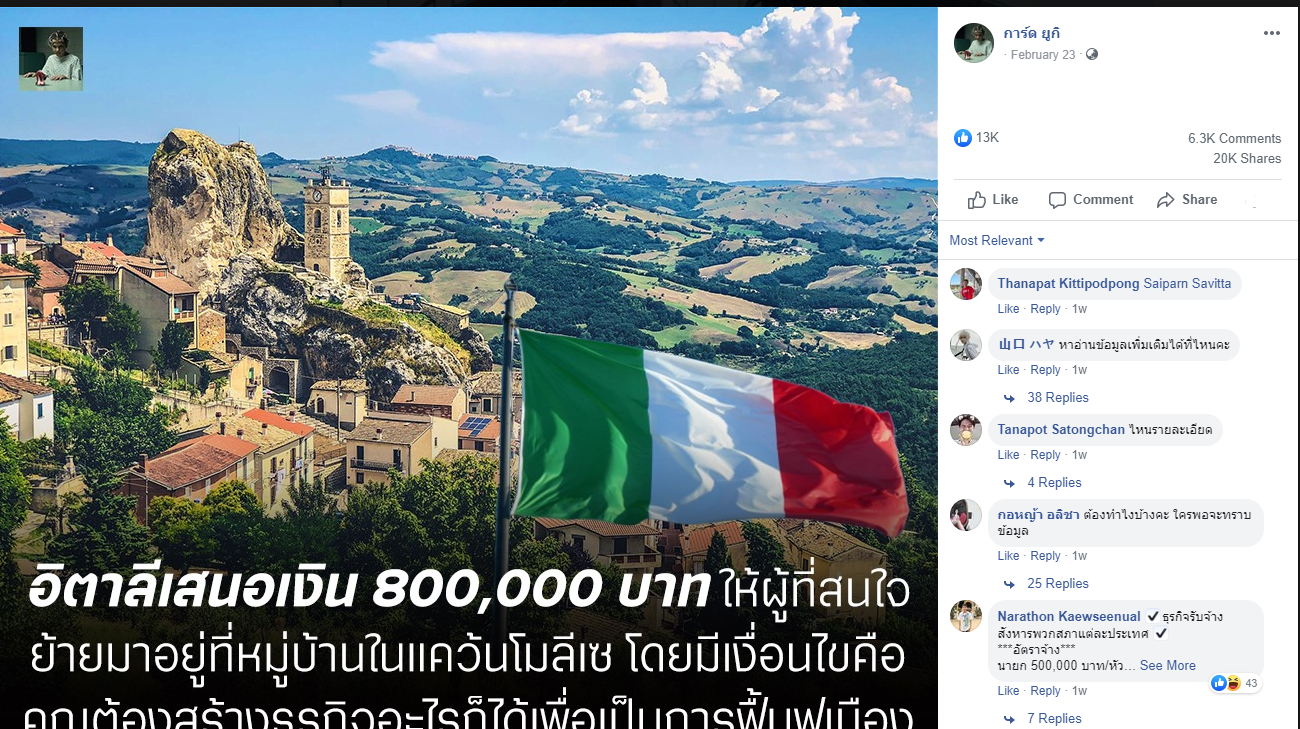 The superimposed text in Thai translates to English as: "Italy offers 800,000 THB for those who are interested in moving into the villages in Molise region, under the condition that you would need to build any business to revitalise the town."

Baansuann, a home and garden website, published a similar claim in an article in February 2020. The Thai-language headlines translated to English as: "Italy offers 800,000 THB to hire people to move to their country." 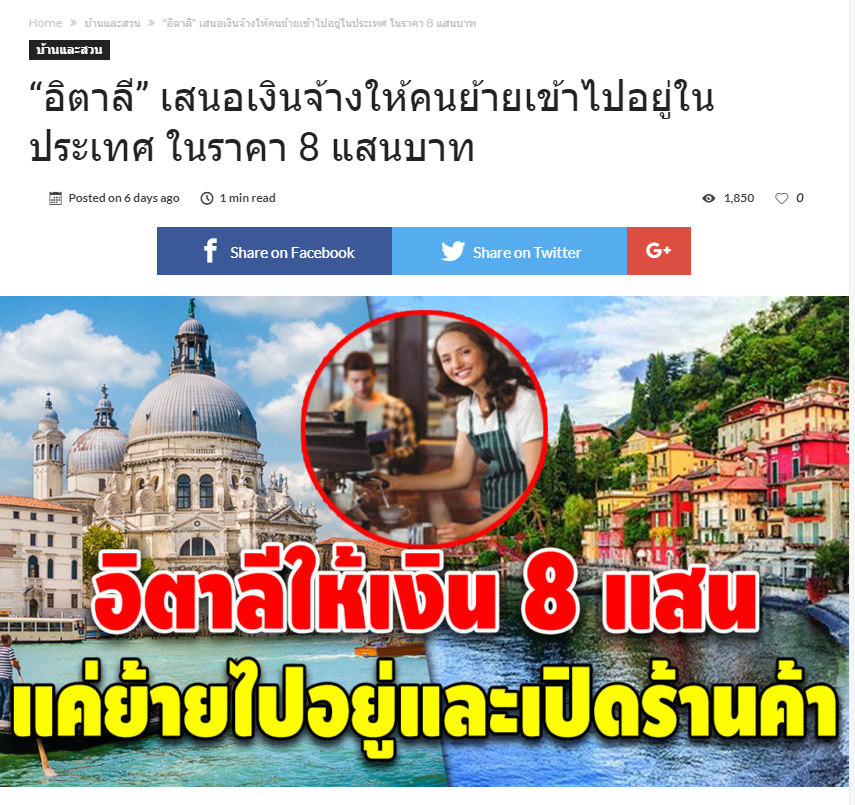 According to an official document translated into English by the Italian government, eligible applicants were invited to apply for the scheme if they moved to any regional town with a population of 2,000 or less.

Applications must have been received "no later than 12:00 (Europe/Rome h) on the 30 November .2019". Below is the screenshot of the statement which is available on the official Molise website:

More details about the scheme were published on this property website Propertyguides.com on September 23, 2019, such as it offers newcomers 700 Euros per month for three years to live in one of villages in Molise.

The Guardian also reported on the scheme here on September 11, 2019.

The Molise regional government did not respond to multiple inquiries by AFP for more details on the scheme.