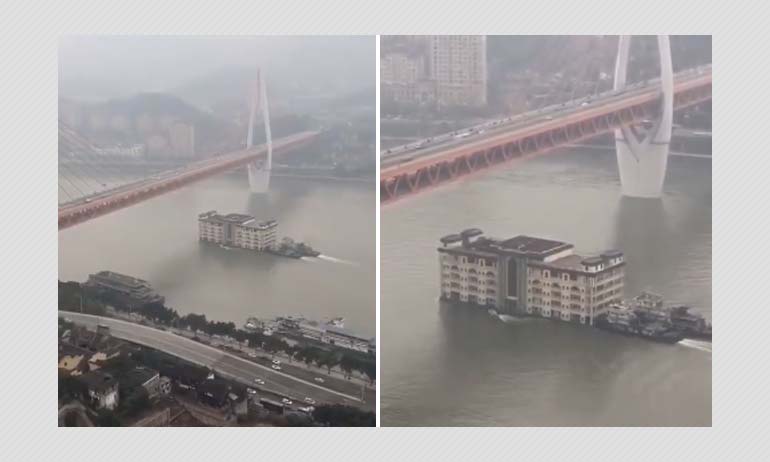 A video has been viewed hundreds of times on Facebook alongside claims that it shows a "moving mansion" boating up a river in China. The claim is false; the footage actually shows a floating restaurant being moved by tugboats in the Chinese city of Chongqing after the local government ordered its removal in 2018. 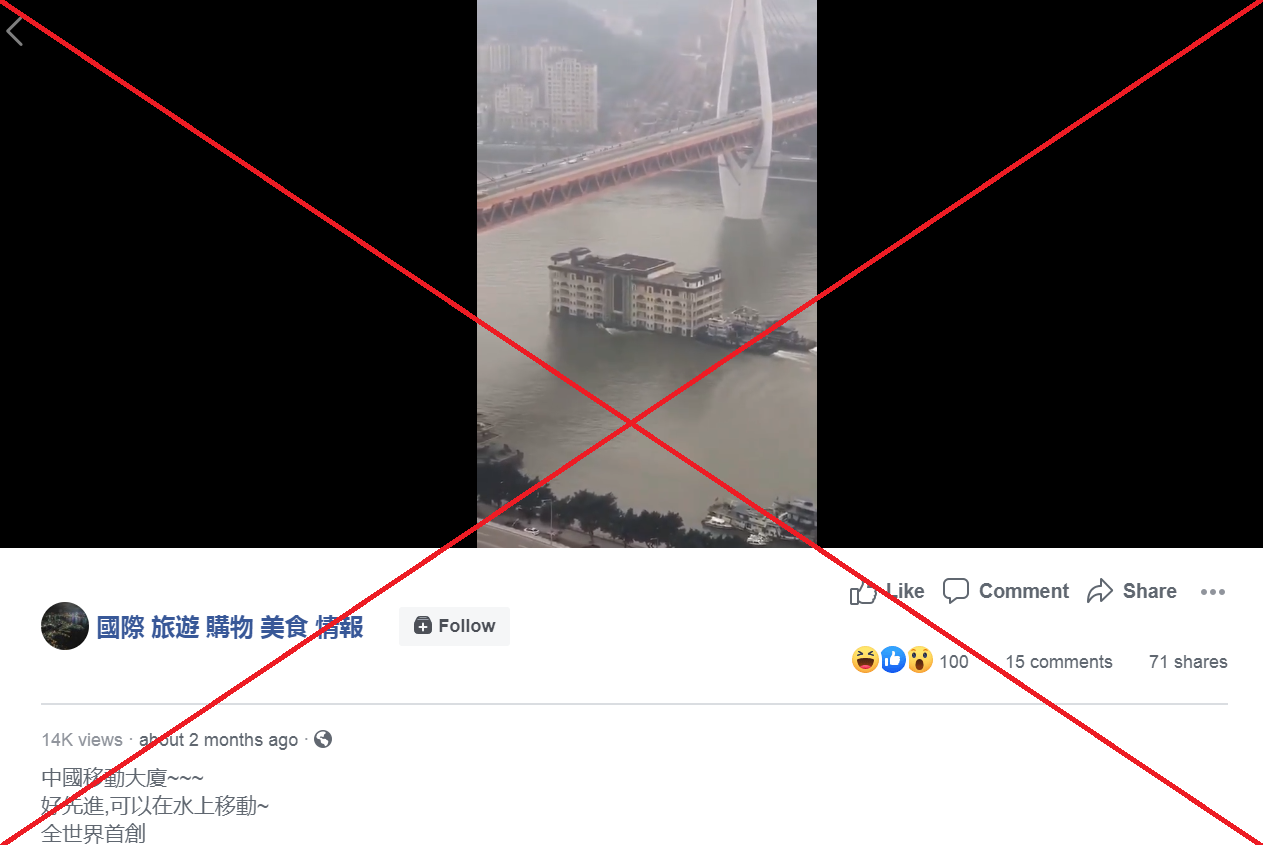 The post's traditional Chinese caption translates to English as: "China's moving mansion~~~ So advanced, it can move on water~ First in the world".

The video was also published alongside similar claims on Facebook here and here.

A keyword search found that the same video was published here on November 11, 2018 by Jiangjin Radio and Television of Chongqing, a local media outlet in the southwest Chinese city.

The footage in the misleading posts can be seen in the video embedded in the report from its three-second mark. 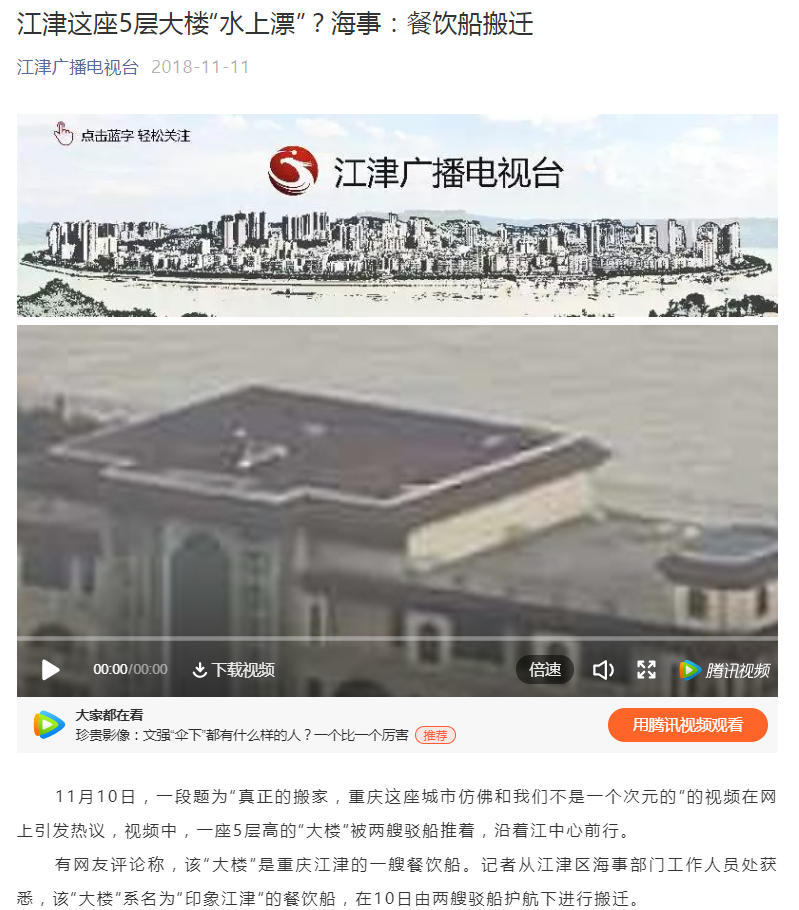 Screenshot of the article by Jiangjin Radio and Television of Chongqing

Below is a screenshot comparison of the misleading Facebook video (L) and the footage published by Jiangjin Radio and Television of Chongqing (R):

The report adds: "Our reporter was told by officials from the Maritime Department of Jiangjin district that the 'building' is a restaurant ship named 'Impression Jiangjin', and it was moved under the escort of two barges on November 10."

The article also includes a photo of the restaurant before it was transported. 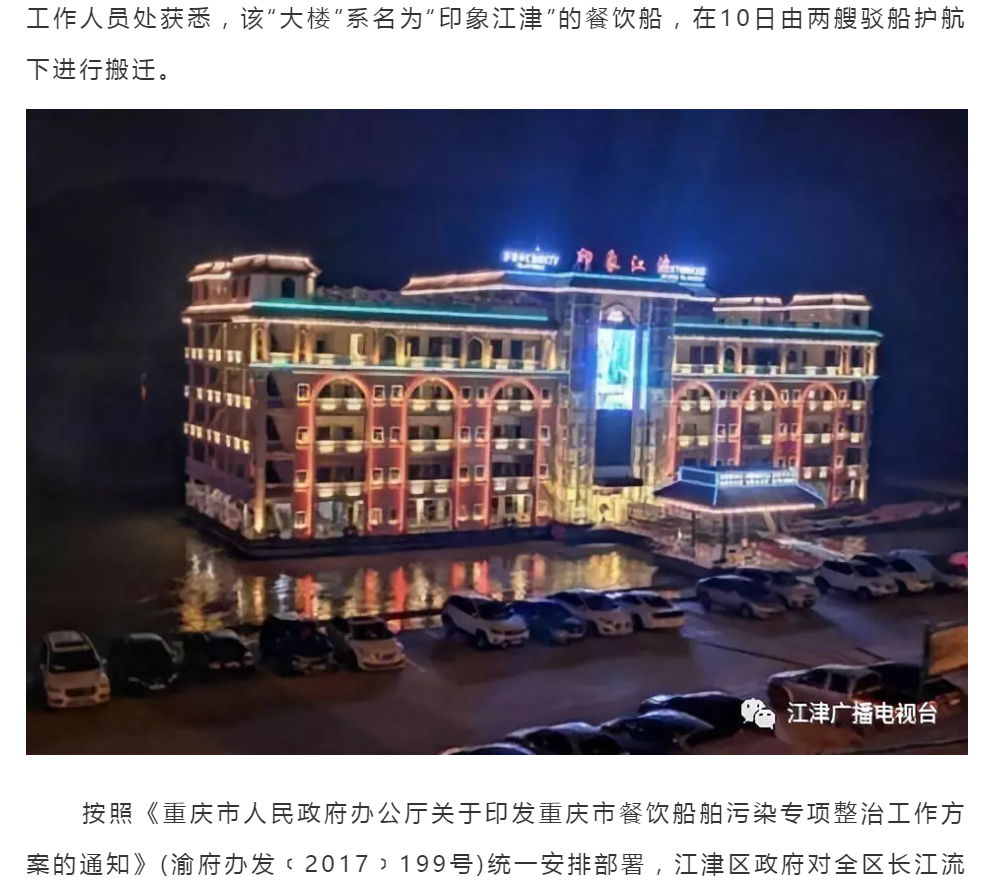 Screenshot of the restaurant photo from the article

Citing environmental concerns, Jiangjin district's government ordered the floating restaurant to be closed and relocated in mid-2018. The decision was published here on the authority's official WeChat account on June 5, 2018.

The Chongqing Evening News, another local media outlet, also reported on the relocation of the floating restaurant here on December 29, 2018.

"After the maritime department's safety assessment on dragging, it was relocated. Under the escort of maritime departments along the line, Impression Jiangjin was transferred to Fuling district for temporary parking," part of the report reads.

Below are two more photos from the Chongqing Evening News article showing the ship parked in Fuling: