"Irony Are You Aware Ruth Bader Ginsburg Was Nominated And Confirmed With In 43 Days Of An Election? #FillTheSeat" reads a September 21, 2020 Facebook post.

The post does not mention which type of election it refers to, but it comes during a political maelstrom over the late Ginsburg's successor: President Donald Trump wants a new justice confirmed before the November 3 presidential election, while Democrats -- seeking to unseat Trump -- want to wait until afterwards. 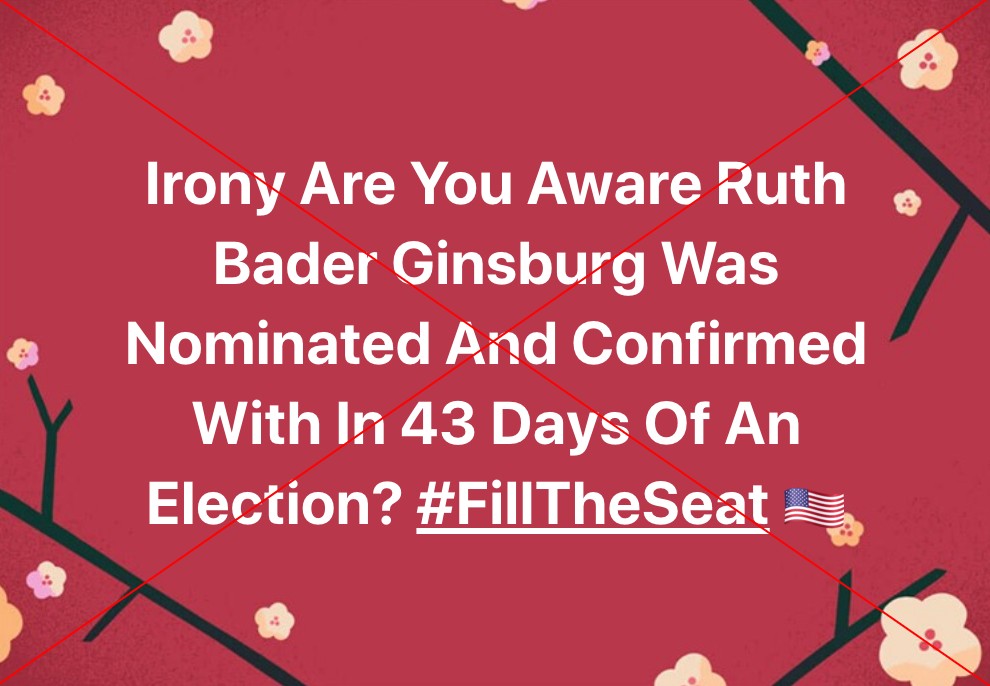 More examples of the claim are available on Facebook here, here and here.

Also Read: No, Ruth Bader Ginsburg Did Not Advocate Lowering Age Of Consent To 12

Neither a midterm nor presidential election took place that year; elections for federal office take place in even-numbered years.

Ginsburg's death 46 days before the presidential election offers Republicans a chance to lock in a conservative majority for decades to come on a court where justices are appointed for life.

The decision could affect landmark rulings on abortion, health care, gun control and gay rights. The stakes are even higher in an election year, as the justices could have the final word if there is a contested result. The court ruled to stop a recount of votes in Florida in 2000, giving George W Bush the presidency.

While Democrats' options seem limited, Senate minority leader Chuck Schumer told party members on September 19 that if Republicans press ahead with Ginsburg's replacement, then "nothing is off the table."

"This vacancy should not be filled until we have a new president," Schumer said the day before, carefully echoing the words of Republican Senate majority leader Mitch McConnell in the 2016 election year, when he blocked Barack Obama's pick Merrick Garland.

But Republicans appear to have the Senate votes needed to push through a Trump nominee.