A Facebook post shared tens of thousands of times claims that Democratic presidential candidate Bernie Sanders wants to tax people making $15 an hour -- the minimum wage he is proposing -- at 52 percent. This is false; he has suggested that rate as an option for income over $10 million. 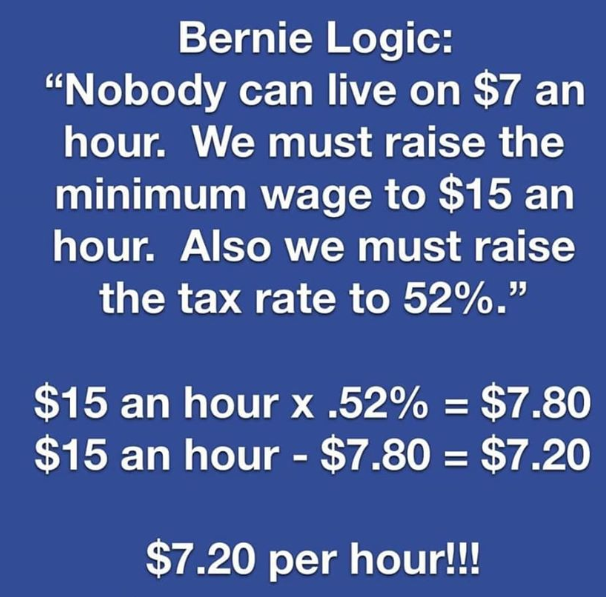 A screenshot of a Facebook post taken on February 27, 2020
ALSO READ: Did A Woman In Sri Lanka Hold A Placard In Support Of A Burqa Ban?

Another version of the claim has been made on Twitter here. 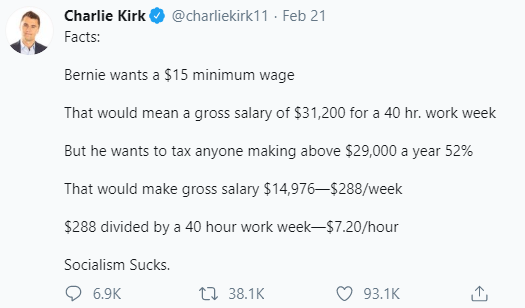 Sanders has repeatedly called for the minimum wage to be increased to $15 an hour from its current federal rate of $7.25.

He has also proposed a tax rate of 52 percent -- but not for people making $15 an hour.

A section of his website explaining how he would pay for his various plans lists "raising the top marginal income tax rate to 52% on income over $10 million" as an option.

Sanders also suggested the same marginal tax rate on income above $10 million during his 2016 run for president, according to an archived version of his website.

Even if the rate for Americans making $15 an hour was 52 percent, not all of their earnings would be taxed at that level, as the false claims state.

There is a standard deduction of $12,400 for individual filers in 2020, which means at least that amount of income would not be subject to taxes.

Sanders has emerged as the front-runner for the Democratic presidential nomination.

He is advocating using revenue from various tax increases on well-off Americans to pay for plans aimed at helping those with lower incomes.