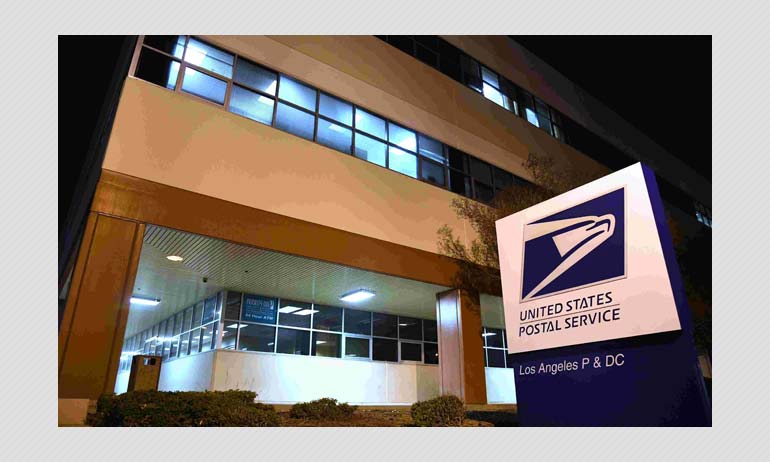 Multiple posts on Facebook, Twitter and Weibo claim that the United States Postal Service (USPS) has stated it will no longer accept items destined for China and Hong Kong following a global novel coronavirus outbreak. The claim was repeated in several languages and by some Hong Kong media organisations. The claim is misleading; USPS told AFP on February 12 it would continue to accept items bound for China and Hong Kong but could temporarily not offer time guarantees on those shipments; it clarified that it will temporarily halt its transit service that ships mail from other countries to China and Hong Kong. 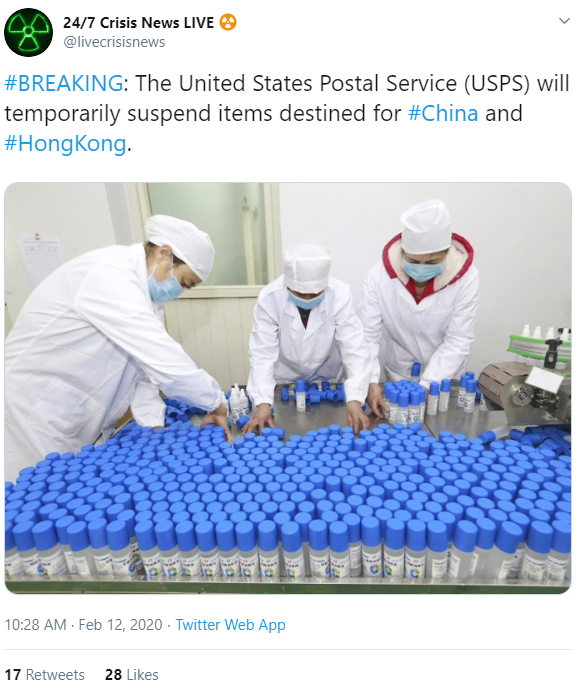 As of February 12, 2020, the novel coronavirus has killed more than 1,100 people and infected more than 44,000 others in China, as reported in this AFP article. The outbreak has prompted major US airlines, including United and American Airlines, to halt flights to mainland China and Hong Kong.

"Contrary to some media reports, the U.S. Postal Service continues to accept mail destined to China, Hong Kong and Macao," a USPS spokesperson told AFP in an email on February 12, 2020.

The spokesperson added, however, that due to "widespread airline cancellations, capacity constraints and restrictions into this area," the agency has "temporarily suspended the guarantee on Priority Mail Express International destined for China and Hong Kong."

On February 12, a banner was also displayed at the top of the USPS website, stating: "ALERT: USPS WILL BE TEMPORARILY SUSPENDING THE GUARANTEE ON PRIORITY MAIL EXPRESS INTERNATIONAL DESTINED FOR CHINA AND HONG KONG, EFFECTIVE MONDAY, FEB. 10, 2020, DUE TO WIDESPREAD AIRLINE CANCELLATIONS AND RESTRICTIONS INTO THIS AREA."

Below is a screenshot of the banner:

Priority Mail Express International is the second fastest USPS service and promises to ship from the US to more than 190 countries within five business days. The service includes a money-back guarantee to select destinations.

The agency said that US mail bound for China, Hong Kong and Macau may be delayed due to mail processing operations in those locations being affected by government efforts to curb the virus.

China Post, a state-owned enterprise that offers postal service in mainland China, said it had been disinfecting postal offices and incoming mails, as well as encouraging people to use smart parcel lockers in order to avoid face-to-face interactions with couriers.

The USPS spokesperson also told AFP that the agency is "not accepting transit mail from other countries sending their mail through U.S. Postal Service offices of exchange (International Service Centers) destined to China, Hong Kong and Macao."

The US Centers for Disease Control and Prevention said the new strain of coronavirus is unlikely to spread via packages or products shipping from China:

"In general, because of poor survivability of these coronaviruses on surfaces, there is likely very low risk of spread from products or packaging that are shipped over a period of days or weeks at ambient temperatures," the agency said.