Facebook posts shared more than 1,000 times appear to show a billboard advertisement from US pharmaceutical giant Merck encouraging viewers to take a novel coronavirus vaccine. This is false; there is no vaccine yet, a company spokesman said the advertisement is not legitimate, and a reverse image search shows the picture was created using clip art and a stock photo of a blank billboard.

"Tired of mask idiocy and social distancing? TAKE THE SHOT and get your life back again!" reads the false post, which includes a Merck logo on the lower left corner and "www.taketheshot.gov" on the lower right, which is not a working web address. 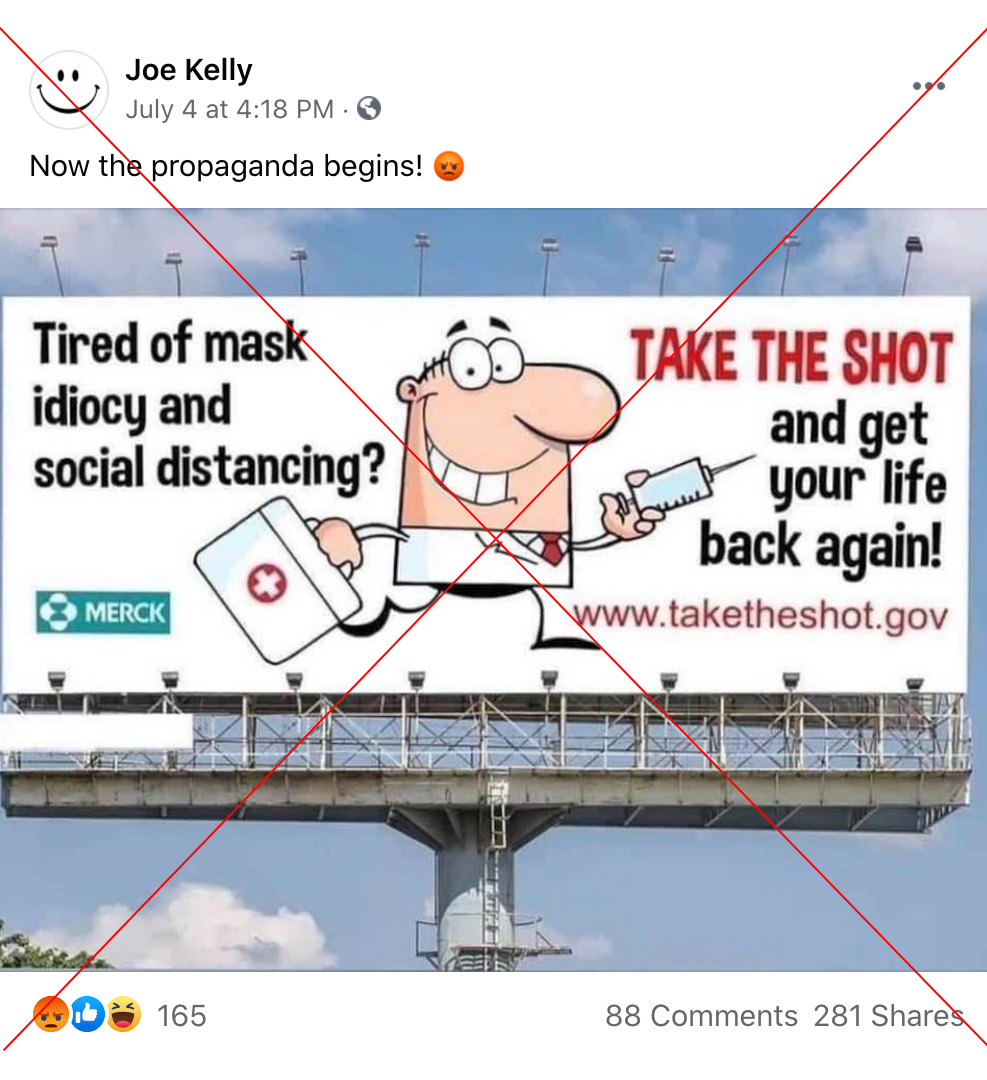 The post also includes a graphic of a doctor holding a syringe, which is available as clip art online.

Screenshot of clip art on website GoGraph.com, taken on July 14, 2020

Facebook posts with the fake ad have been circulating since at least July 3, 2020. More US examples are available here and here, and Canadian examples are here and here. The post was also shared by anti-vaccine proponent Robert F Kennedy, Jr to his more than half a million Instagram followers, although the lawyer noted he is "pretty sure it's a fake billboard."

A Merck spokesman told AFP by email that the billboard is not a legitimate company advertisement.

A keyword search with the photographer's name plus "Getty" yields the original iStock photo on Getty's website.

Screenshot of a stock Getty billboard image, taken on July 14, 2020

An iStock customer service representative confirmed via email that the photo was taken in Bangkok, Thailand, on October 31, 2015 and submitted to iStock on November 20, 2015, more than four years before the novel coronavirus was discovered.

Side-by-side of the cropped 2015 Getty iStock photo (left) and the fake Merck advertisement, indicating that the background is the same

A vaccine is not yet available for COVID-19, the disease caused by the novel coronavirus, which has killed more than 135,000 people in the US and 8,800 in Canada. Merck is among the companies working to develop a vaccine.

AFP Fact Check has debunked more than 560 examples of false and misleading information about the novel coronavirus, available here.