An image has been shared thousands of times in multiple posts on Twitter and Facebook which claim it shows overgrown shrubs at a theme park in Malaysia during a coronavirus lockdown. The claim is false; the image shows an abandoned theme park in Japan; it has circulated online since at least May 2019. 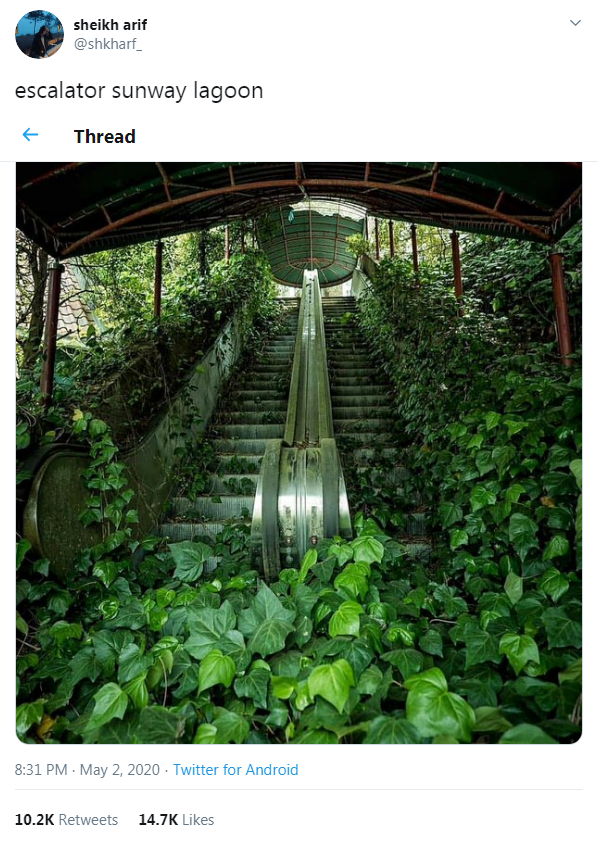 Sunway Lagoon is a theme park in Kuala Lumpur.

It has been closed since March 18, 2020, the day Malaysia enforced a nationwide lockdown in a bid to curb the spread of COVID-19. The lockdown has been extended until at least June 9, 2020.

The same image has also been shared on Facebook here, here and here, alongside a similar claim.

A reverse image search on Google found the image was posted on Instagram here May 8, 2019 by Instagram user espinas3.

Its caption reads in part: "Destined to be green. Abandoned escalator". 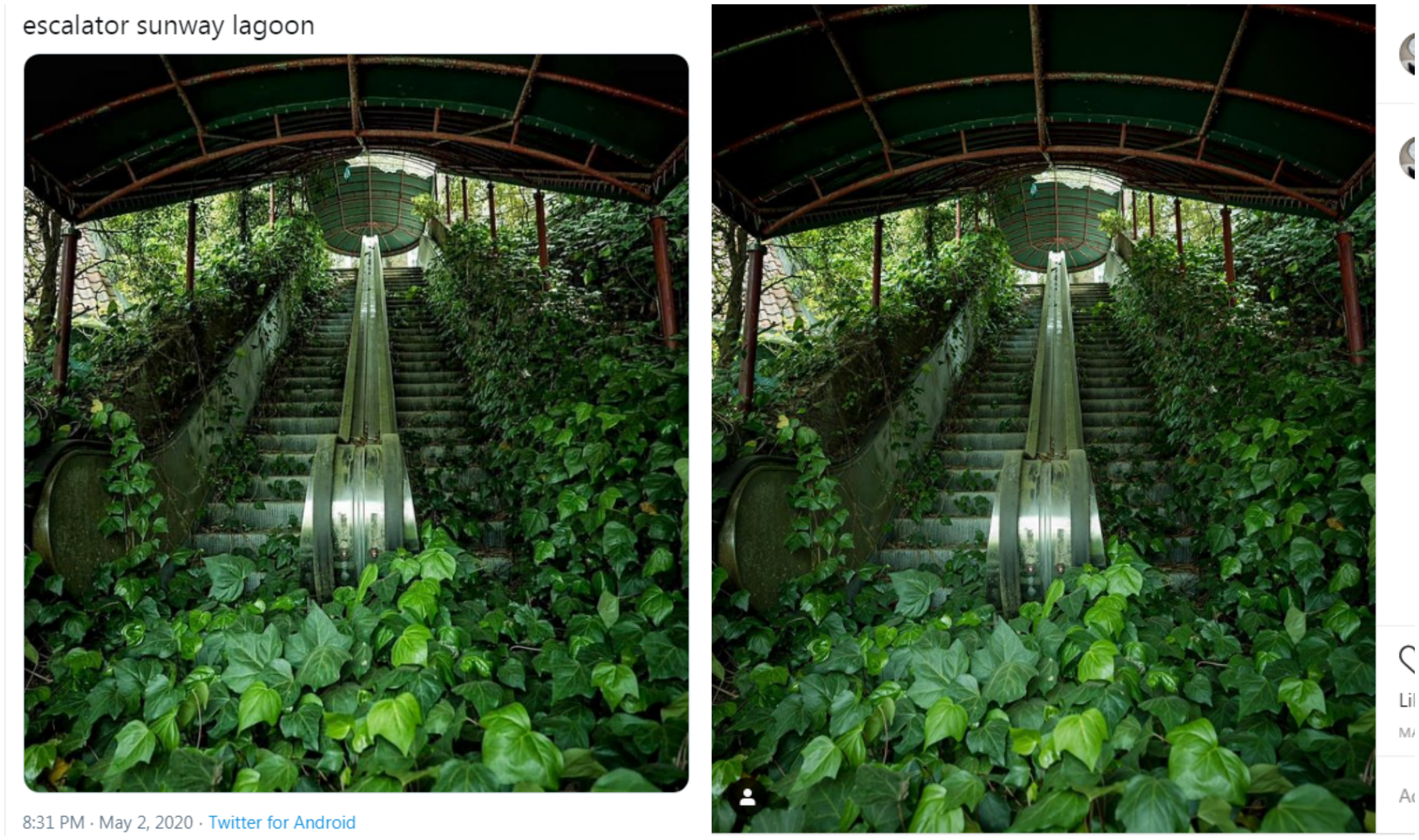 The Instagram account espinas3 belongs to a photographer based in Japan who specialises in urban exploration photography.

The photographer also posted photos at the same location; a caption of this picture says: "Abandoned amusement park".

A further keyword search found this picture from a May 2010 blog post identifying the location as Nagasaki Holland Village, an abandoned Dutch-themed amusement park in the Japanese city of Saikai in Nagasaki prefecture. 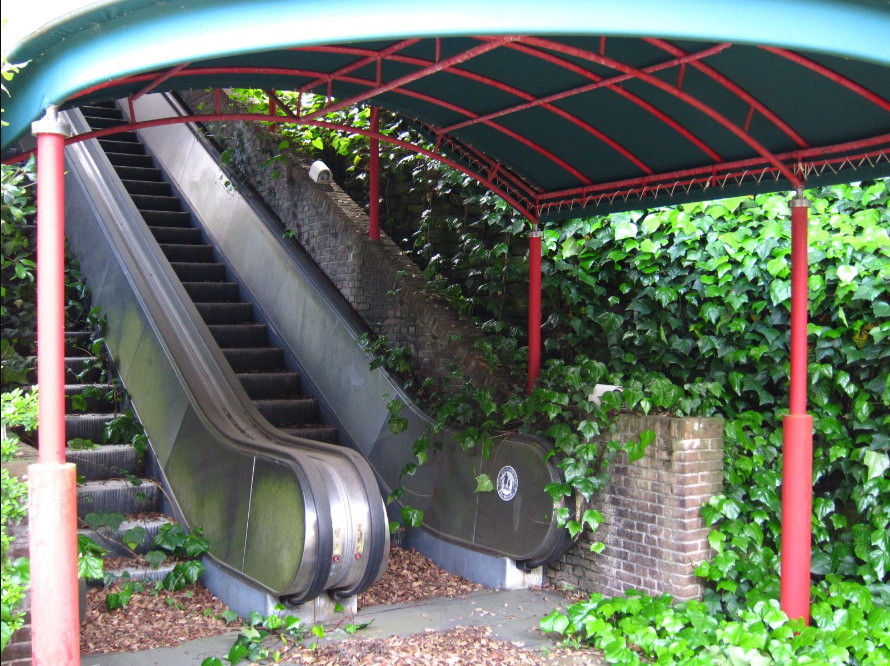 Screenshot of a picture from a May 2010 blog post

Below is a screenshot comparison of the image in the misleading post (L) and pictures from the blog post (R): 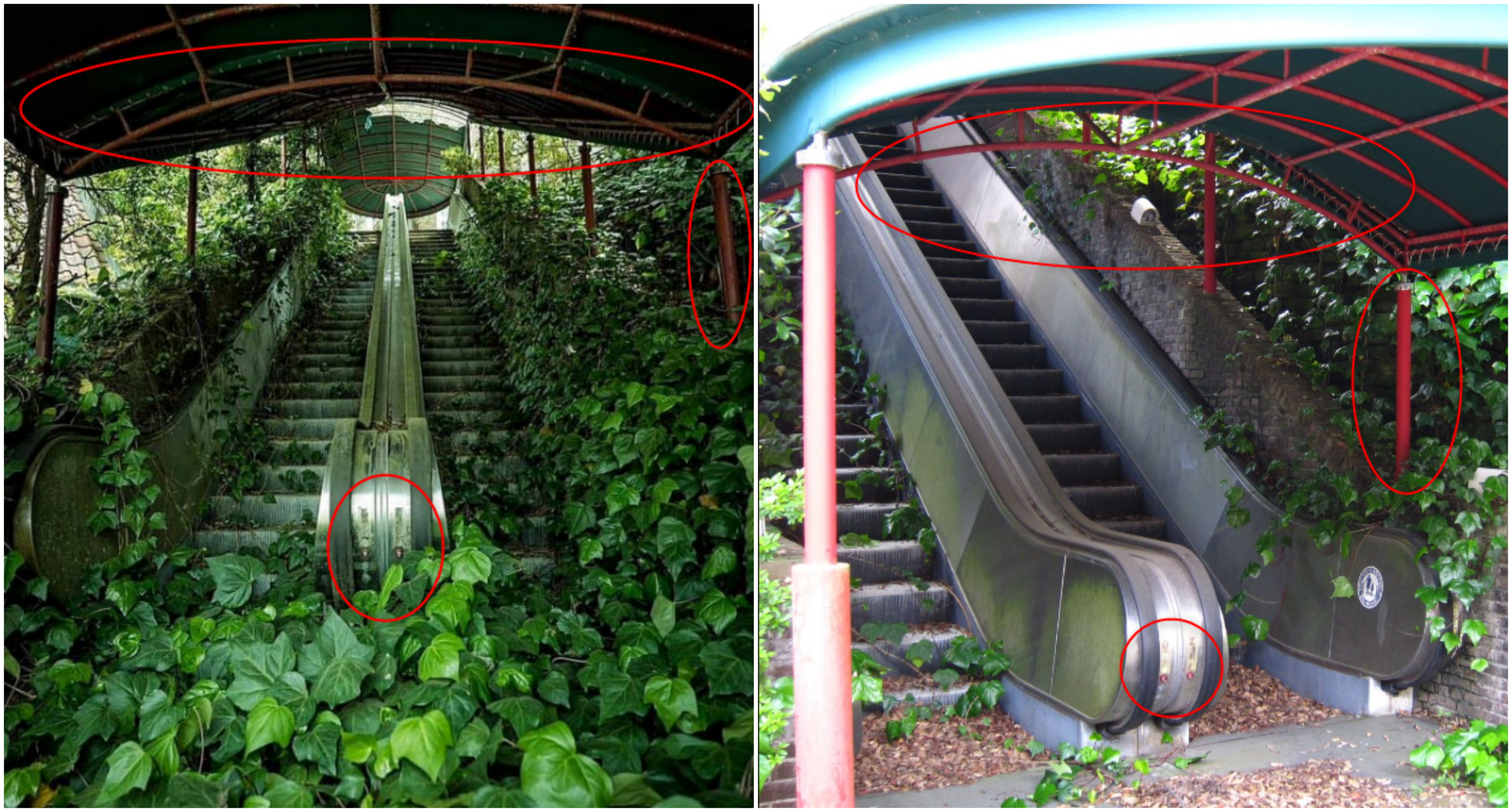 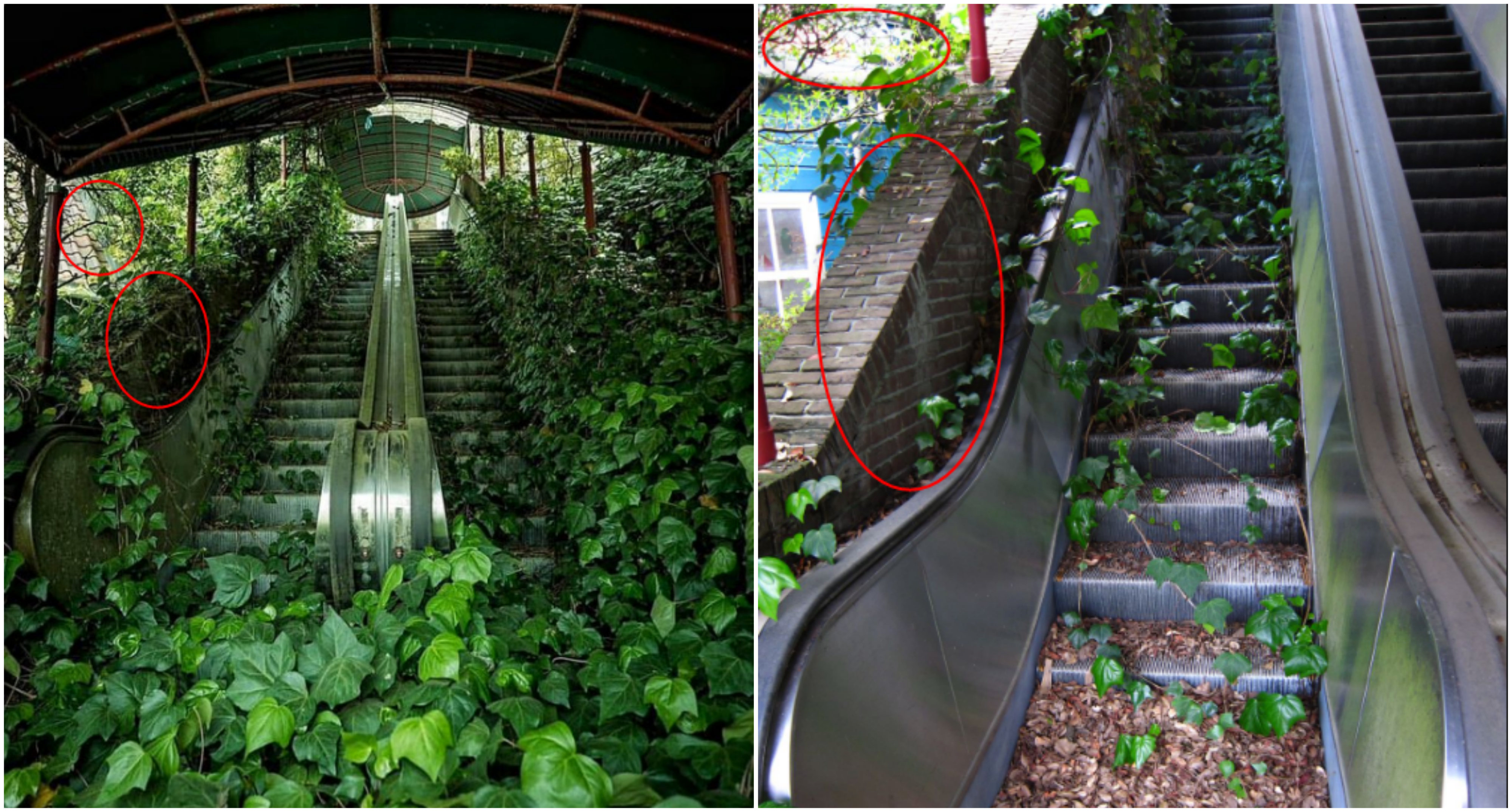 Sunway Lagoon, the Malaysian theme park, also denied the claim in the misleading posts in a Twitter post published here on May 4, 2020.

The Malay-language tweet translates to English as: "That's a scary escalator, good thing ours are still good and not filled with leaves. But the idea can be used for Nights of Fright 8 bro. Got the feeling of entering a jungle looking for a ghost".

Claim :   An image has been shared thousands of times in multiple posts on Twitter and Facebook which claim it shows overgrown shrubs at a theme park in Malaysia during a coronavirus lockdown.
Claimed By :  Social Media Posts
Fact Check :  False
COVID 19 Lockdown 4 covid 19 india COVID-19 lockdown Coronavirus lockdown covid 19 international COVID-19 https://www.tomsguide.com/news/latest-iphone-12-ne
If you value our work, we have an ask: Our journalists work with TruthSeekers like you to publish fact-checks, explainers, ground reports and media literacy content. Much of this work involves using investigative methods and forensic tools. Our work is resource-intensive, and we rely on our readers to fund our work. Support us so we can continue our work of decluttering the information landscape. BECOME A MEMBER
📧 Subscribe to our newsletter here. 📣You can also follow us on Twitter, Facebook, Instagram, Youtube, Linkedin and Google News