Multiple Facebook posts shared hundreds of times claim that the US Centers for Disease Control and Prevention (CDC) stated in 1958 that smoking did not cause cancer. The claim is false; by 1958, the US government's stance was that smoking was a causative factor to lung cancer; a keyword search for the purported statement from the CDC yielded no results. 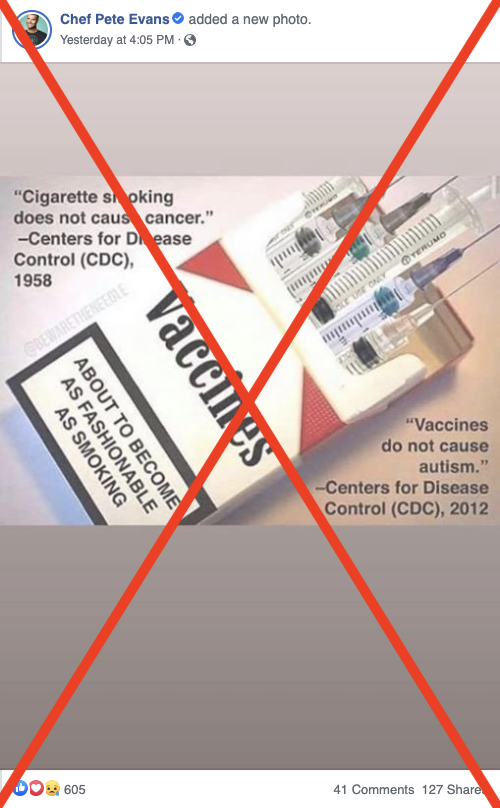 The post was published during the ongoing novel coronavirus pandemic. Scientists around the world have been racing to develop a vaccine for COVID-19, the disease caused by the virus, as reported by AFP here.

A spokesperson for the CDC told AFP that by 1958, the US government had determined that smoking was a causative factor in lung cancer.

In the 1950s, the CDC was named the Communicable Disease Center and focused on communicable diseases.

"As noted in the 2000 U.S. Surgeon General's Report, several activities by then Surgeon General, Dr. Leroy Burney, who reported to the Director of HEW, reinforced the U.S. Government's stance on the growing scientific association between smoking and cancer," the spokesperson said in an email on July 30, 2020.

"Specifically, the report notes: 'The Surgeon General first brought the Public Health Service into the scene by establishing a scientific study group in 1956 to appraise the effects of smoking on health. The study group determined that there was a causal relationship between excessive smoking of cigarettes and lung cancer. Surgeon General Leroy E. Burney issued a statement in 1957 that 'the weight of the evidence is increasingly pointing in one direction: that excessive smoking is one of the causative factors in lung cancer.'" 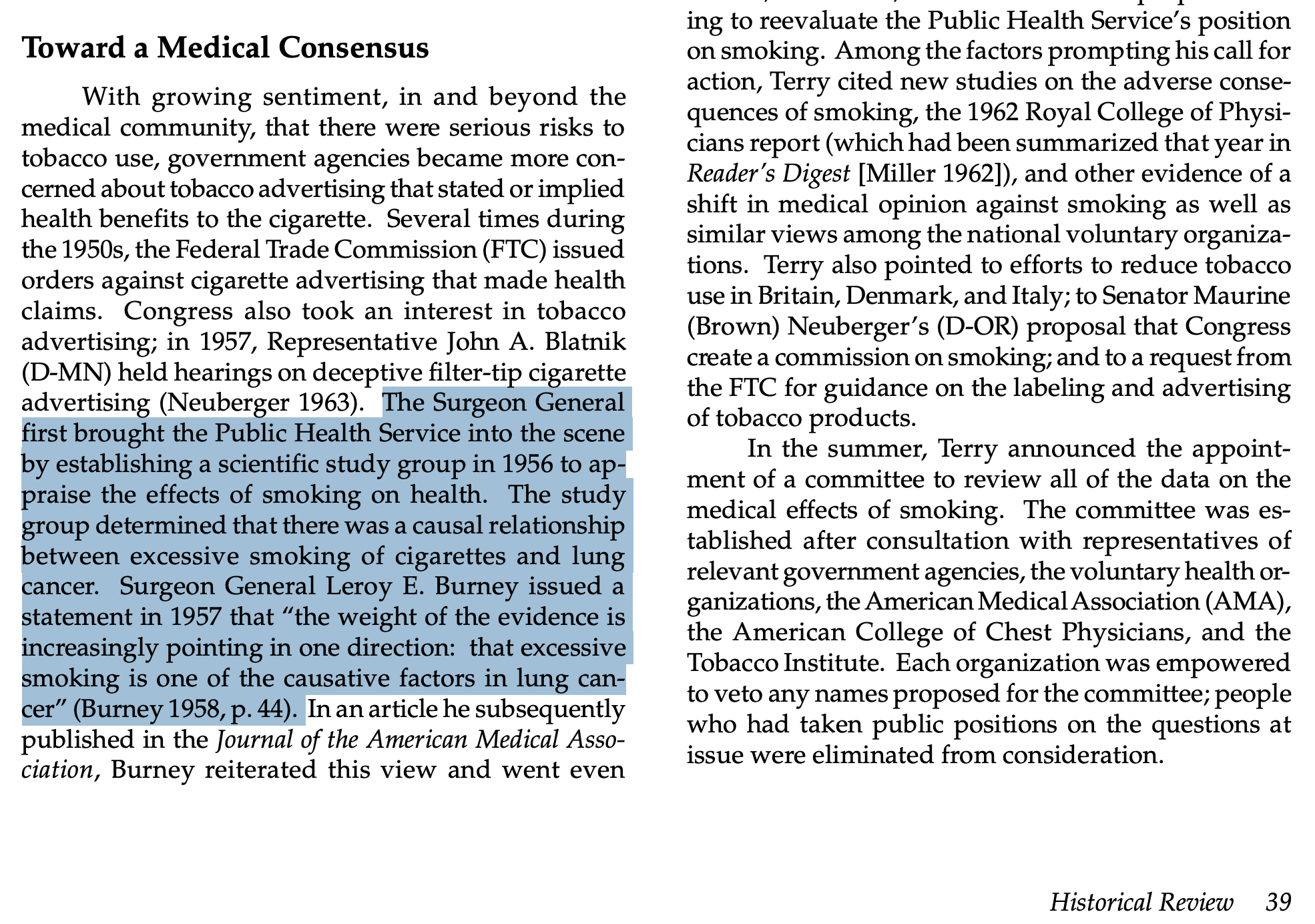 A screenshot of the 2000 U.S. Surgeon General's Report, taken on July 30, 2020, with the relevant section highlighted by AFP.

A keyword search on Google for the quote "Cigarette smoking does not cause cancer" did not identify any documents related to the CDC.

This page on the CDC's website notes that vaccines do not cause autism.

Read Full Article
Claim :   The US CDC had stated in 1958 that smoking cigarettes did not cause lung cancer.
Claimed By :  Facebook posts
Fact Check :  False