Social media posts claim US Democrats blocked a bill offering college tuition assistance to the children of veterans killed in action. This is false; Democrats did not oppose such a bill, but they did oppose expanding these benefits in New York state, where they have existed since 2003.

"Democrats kill a bill for tuition assistance for children of veterans killed in battle then approve giving illegal aliens free tuition," says one Facebook post, versions of which have been shared more than 1.3 million times since late September 2020. 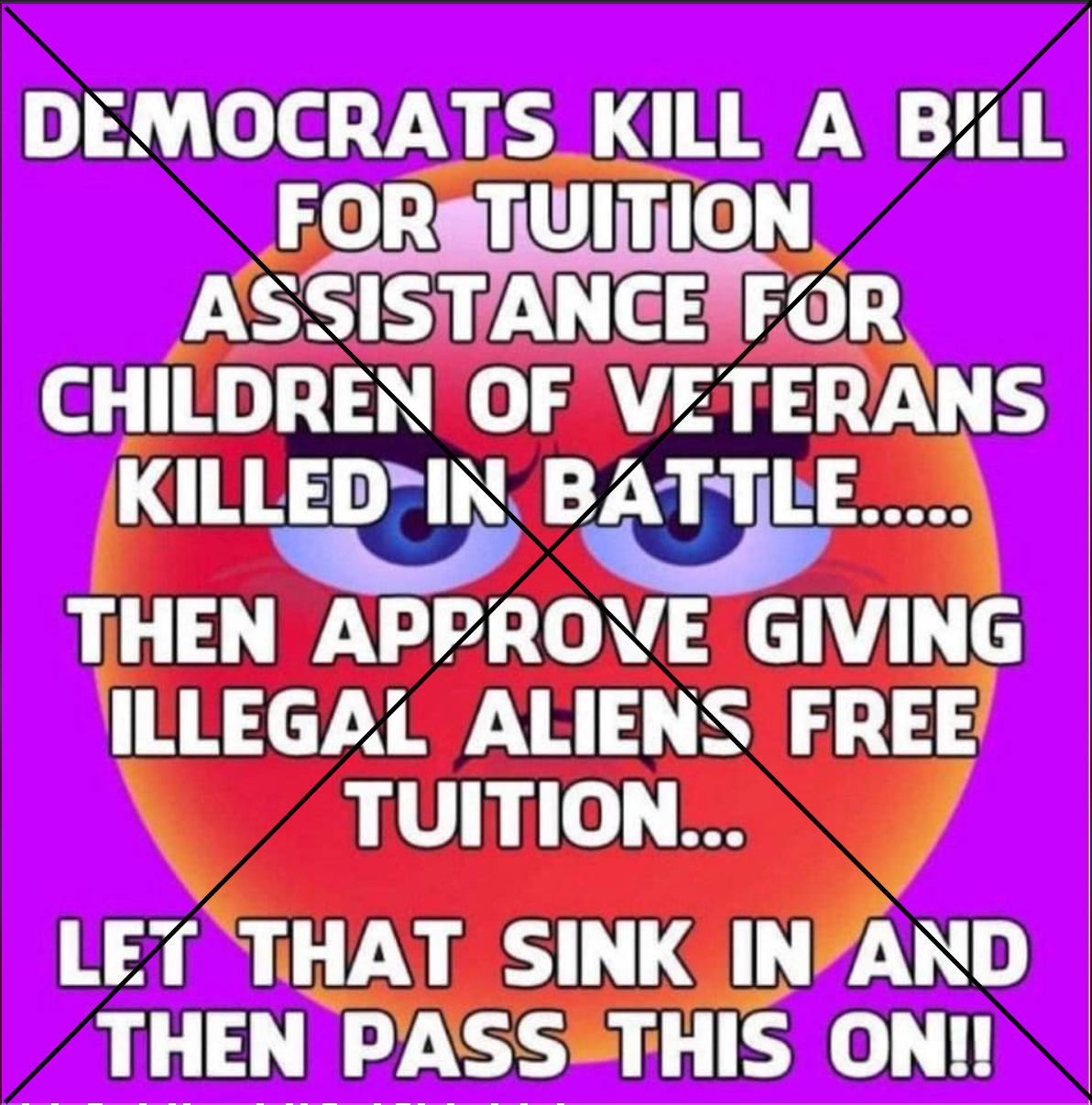 Searching through legislation that provided tuition support to military families, as far back as the GI Bill of 1944, AFP found no federal legislation that would offer such aid that has been blocked by the Democratic party nationally.

According to a search using social media monitoring tool CrowdTangle, the claim was first circulated on Facebook by the right-wing news and opinion website Breitbart on April 12, 2019.

It referred to an April 11, 2019 tweet by the New York Republican Party correctly reporting that New York State Democrats had voted down a bill expanding support for military families.

The Bill, brought forward in January 2019, sought to expand eligibility for the Military Enhanced Recognition Incentive and Tribute (MERIT) scholarship.

The MERIT scholarship was established in 2003 and provides tuition support for "children, spouses and financial dependents of a member of the armed forces."

The 2019 Bill amended the eligibility to no longer require the member of the military to be killed in combat, but rather to have died simply "in the performance or his or her official duties." 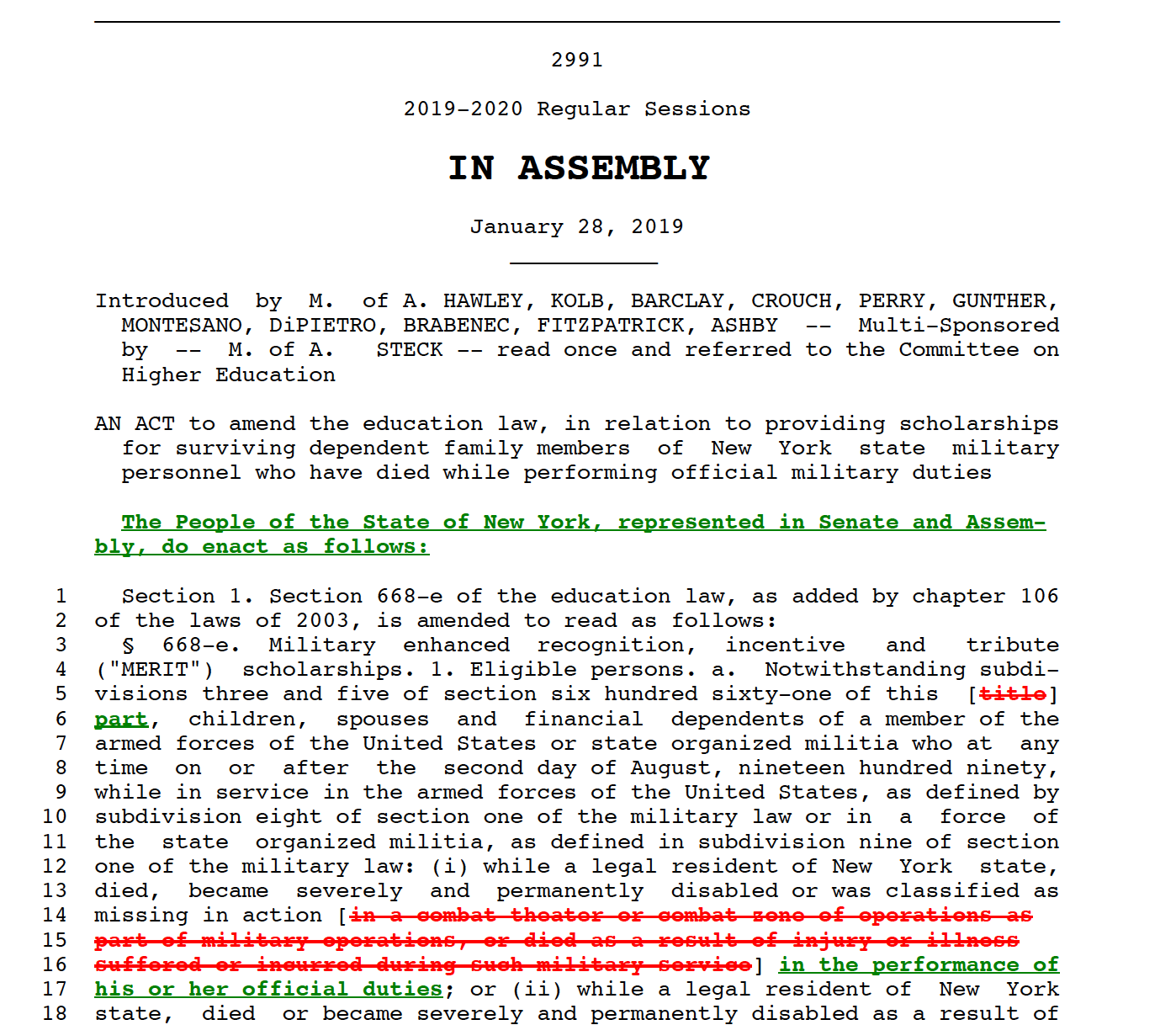 Screenshot of the 2019 Bill, taken on October 26, 2020, with suggested amendments to the existing scholarship program.

The move by Democrats in the New York Assembly to block the eligibility expansion drew fierce criticism, including from President Donald Trump.

However, New York's Democratic Governor Andrew Cuomo, bypassed this decision in April 2019 by unilaterally expanding the eligibility to cover tuition costs of families of military personnel killed or disabled in non-combat situations.

In January 2019, New York Democrats did introduce a bill called the Jose Peralta New York state DREAM Act, which sought to "extend the opportunities for undocumented students to attend higher education institutions in this state by providing a benefit consistent with US citizens and nationals."