The footage shows dozens of African-American protesters dancing in the street while carrying banners.

The Indonesian-language post translates to English as: "Indonesian song accompanies the dance of American demonstrators at the town square". 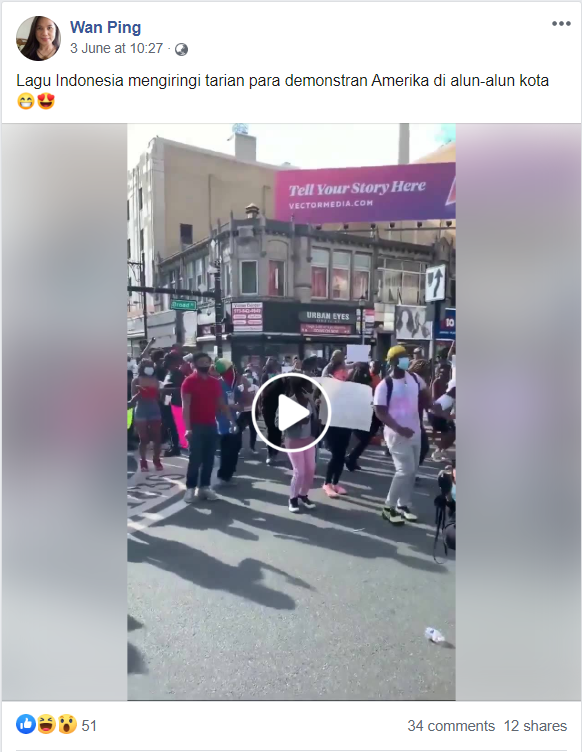 The post circulated as protests continue to roil the United States after an African-American man, George Floyd, was killed by police in Minneapolis on May 25, 2020, as AFP reported here.

The footage was also viewed more than 24,000 times alongside similar claims on Facebook here, here, here and here.

A Google reverse image and keyword search found that the audio of the Indonesian song was digitally added into the video.

The original footage was published on Twitter here on May 31, 2020. The tweet reads: "Put this on the news".

The next day, the Twitter user wrote: "This is Newark, New Jersey for those wondering."

Below is the screenshot comparison between footage in the misleading post (L) and the original video (R): 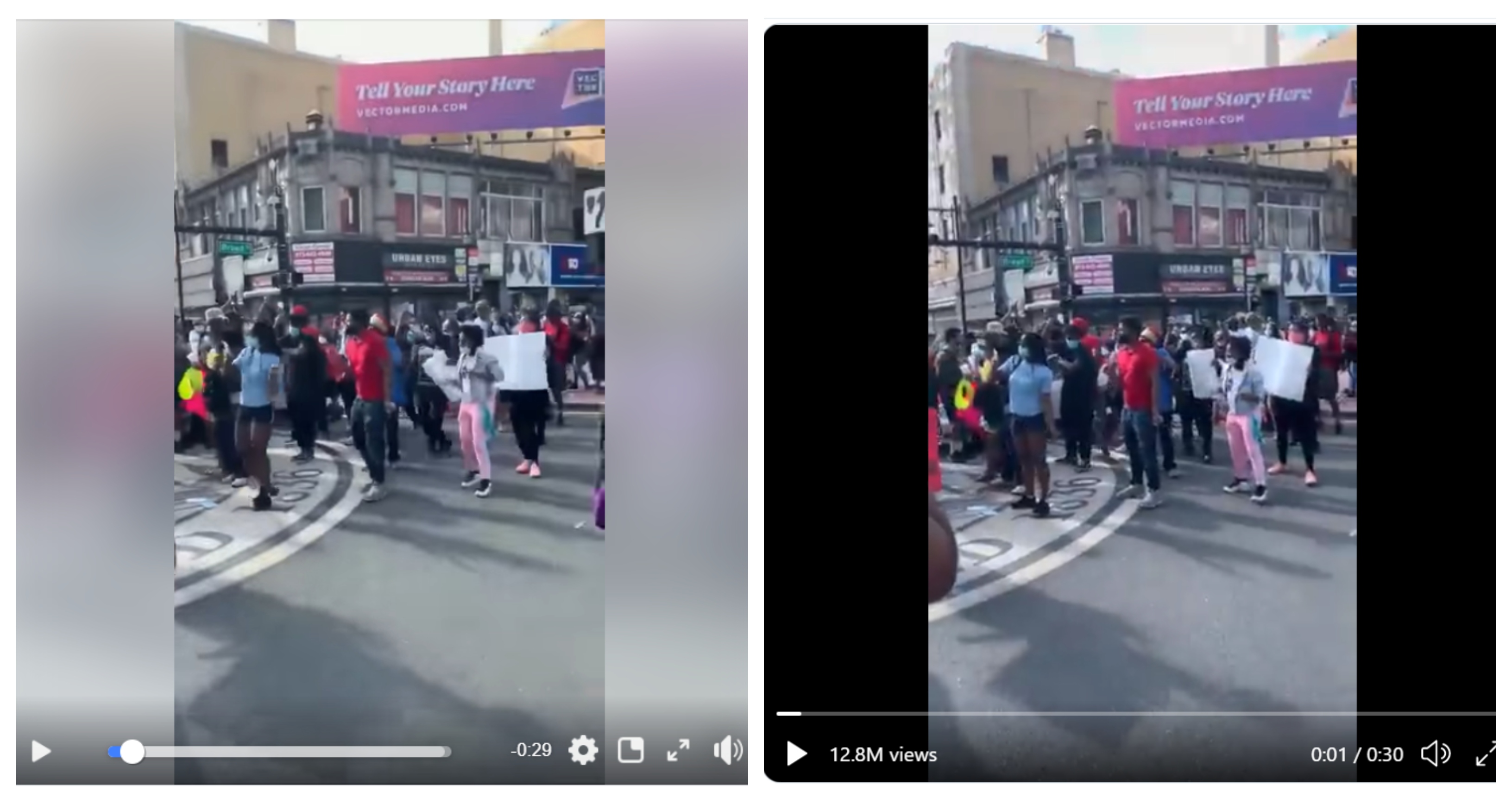 NJ.com, a local news outlet in New Jersey, also uploaded a video of the dancing protesters on its YouTube channel on May 31, 2020, here. The video is titled: "Protesters in N.J. dance in the streets during march."

The text superimposed in the clip reads: "This is how protesters in Newark, N.J., stopped traffic… Demonstrators danced to the Cupid Shuffle… during a march to protest police brutality and racism."

The dancing protest took place on Broad St. in Newark, New Jersey, which can be seen on Google Maps here.

The song heard in the footage in the misleading Facebook posts is an an Indonesian song called Gemu Fa Mi Re by musician Nyong Franco, and it is not heard in the original video.