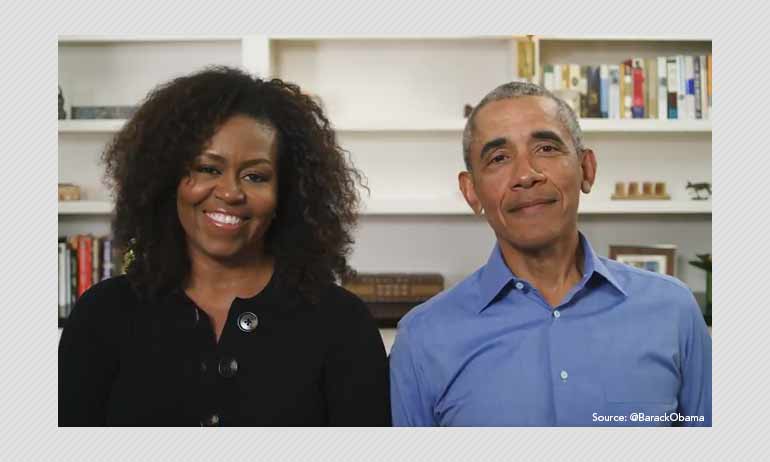 A Facebook post shared 48,000 times claims that Barack and Michelle Obama both surrendered their law licenses years ago in order to escape misconduct proceedings. The claim is false. The Attorney Registration and Disciplinary Commission of Illinois says there have never been any disciplinary actions against the former president or his wife.

Barack Obama "surrendered his license back in 2008 in order to escape charges he lied on his bar application," says the post which dates from 2012 but has been shared almost 15,000 times since late January 2020.

Recirculation of the claim, including here and here, comes after the former US president's endorsement in April of Joe Biden as the Democratic presidential nominee. It also coincides with Obama's implied criticism in mid-May of US President Donald Trump, who is pushing a conspiracy theory called "Obamagate".

"There are no, and there have never been, disciplinary actions against either Barack or Michelle Obama, and if there were, those disciplinary sanctions would be available on our website," ARDC's spokesman Steve Splitt confirmed to AFP by telephone.

A search of the online lawyer registry of ARDC, which operates under the Illinois Supreme Court, shows Barack Obama was admitted to the bar on December 17, 1991 and was last registered in 2008. The latter date was the year he first won election to the White House.

Under the heading, Public Record of Discipline and Pending Proceedings, it lists "none."

His status is given as "retired", with a note saying he is not allowed to practise law or provide pro bono services.

A screenshot taken May 26, 2020 of the ARDC record for Barack Obama

The false Facebook post claims that "Michelle Obama 'voluntarily surrendered' her law license in 1993 after a federal judge gave her the choice between surrendering her license or standing trial for insurance fraud!"

A search of the ARDC database for Michelle Obama shows she was admitted to the Illinois bar on May 12, 1989 and was last registered in 1993. She is on "voluntarily inactive" status and not authorized to practise.

The section on disciplinary proceedings reports the same result as for her husband: There are none.

A screenshot taken May 26, 2020 of the ARDC record for Michelle Obama

According to Illinois Supreme Court Rule 756, an attorney may file a written request to be placed on retired status, which removes the obligation to complete an annual registration process and pay the accompanying fees.

But the rule also allows a retired attorney to later move the status back to active if he or she desires, meaning that the former US president could practise law again if he wanted.

Those like his wife who are on "voluntary inactive status" under a rule that existed before November 1, 1999 can ask the court for restoration to active status.

Also Read: Can A Bottle Of Hand Sanitizer Catch Fire In A Hot Vehicle?

ARDC's 2019 Annual Report shows there were 10,000 inactive lawyers in the state last year.

"After a few years, Mrs Obama decided her true calling was working with people to serve their communities and their neighbors," it adds.

Similar false claims about the Obamas' law licenses have been fact-checked as far back as 2010 by Snopes, subsequently by FactCheck.org and, more recently, by PolitiFact.